The IAC has published the book “In a certain place in the Universe….” with contributions from well-known writers, and proceeds to charity

Example of the book “In a certain place in the Universe….” Published by the IAC. Photo: Inés Bonet
Advertised on
07/10/2021 - 13:02
Authors
SCIENCE COMMUNICATION AND OUTREACH UNIT
Headquarter
Headquarters

This publication from the Instituto de Astrofísica de Canarias (IAC) contains the literary and graphic contributions of important figures in current literatura in Spanish, who were invited to discover the Canary sky within the project “In a certain place in the Universe….”.  As a result of this experience, and inspired by the Universe the authors have produced the texts in this volume, which is a limited edition by the IAC, who has donated it for publicity and sales to the Association of Family members and Carers of those suffering from Alzheimer and other mental afflictions, of Tenerife (AFATE).

A wink at Cervantes

The IAC, and the international scientific institutions with telescopes in the Canaries, in collaboration with the Museum of Science and the Cosmos of the Cabildo Insular of Tenerife, met in 2016 during the celebration of the IV centenary of the death of Miguel de Cervantes, and started a multidisciplinary proyect combining Literature and Astronomy.

“In a certain place in the Universe…” was the title of the project, and the expresión which was intended as a “wink” reminding us of the beginning of the most famous work in Spanish literatura, was the occasion of an invitation of important literary figures in Spanish to discover the Canary sky, to visit its astophysical observatories, and as a result of their experiences write texts inspired by the Universe.

Later the invitation was extended to those authors present at the two first editions of the Hispano-american Festival of authors in La Palma, an annual event in which the IAC and the Canary observatories participated.

After participating in this initiative the Nobel Laureate Mario Vargas Llosa wrote “We must bring literature close to the stars!”, and this was the aim of the IAC, to contribute to a closer approximation of Science and Literature, two inspiring worlds, much closer to each other than they might appear.

The first participants in this proyect were Mario Vargas Llosa, Elsa López, Juan Cruz Ruiz, Rosa Montero, Antonio Tabares, Juan Madrid, Ángela Vallvey, Juan Jesús Armas Marcelo, Nicolás Melini and Enrique Joven. The contributions by these authors, together with graphic reporting about their stay, are included in the first part of the book.

In addition in this volumen there is the transcription of the contributions at the two panel discussions organized in the framework of the Literary Festival. In the first, with the motto “Building bridges, Tribute to Stephen Hawking” celebrated in 2018, those participating were the authors Mónica Lavín and Carmen Posadas, and the astrophysicists Jorge Casares and Rafael Rebolo. In the second, whith the title “The Inspiring Force of the Universe, Tribute to Francisco Sánchez” in 2019, the authors were Alberto Ruy Sánchez and Karla Suárez, and the astrophysicists were Casiana Muñoz Tuñón, Rafael Rebolo, and Francisco Sánchez. On both occasions the panel discussions were moderated by the journalist Carmen del Puerto, who was the coordinator of the project “In a certain place in the Universe…”.

AFATE is a non-profit Association which has been caring for patients with Alzheimer and other mental disorders for over twentyfive years. 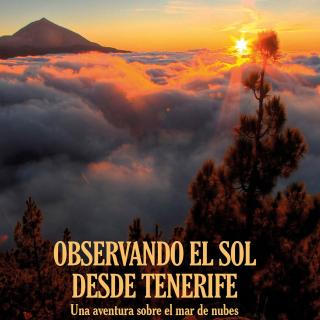 Press release
Presentation of the book “Observing the Sun from Tenerife. An adventure above the sea of clouds” 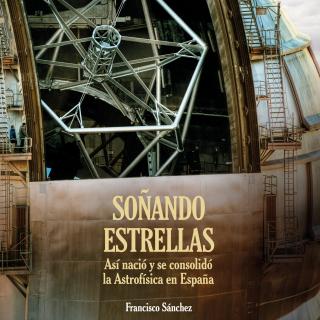 The Founding Director of the Instituto de Astrofísica de Canarias (IAC) Francisco Sánchez, will give the inaugural lecture of the conference “Giving an impulse to Spanish Astrophysics: 50 years of doctoral theses in the IAC” this Wednesday at the Teatro Leal in La Laguna, in a public ceremony. He will talk about the birth and the consolidation of this branch of science in Spain, which is the subject of his recent book.