The IAC describes its lines of research in five videos 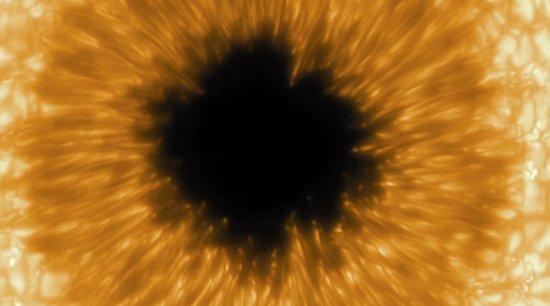 The Institute of Astrophysics of the Canaries (IAC), a Severo Ochoa Centre of Excellence, has produced five videos whose aim is to show, in a brief and didactic way, its main lines of research These audiovisuals last 10 minutes each, and in every one of them the scientific importance of the research carried out at the IAC is described, as well as its experience and capacity to develop instruments and technological projects, and also the quality of its research teams.

The realization of these videos has been coordinated by the Communication and Scientific Culture Unit (UC3) of the IAC, and sponsored by the Severo Ochoa Program, an initiative of the State Department of Research, Development and Innovation of the Ministry of Economy and Competitiveness, which aims to promote quality research carried out in Spain in any field of science. The audiovisuals produced are part of the specific objectives of the program for the dissemination of research results to the general public and promoting scientific careers.

The five lines of research in the audiovisual films are: Solar Physics, Planetary Systems and the Solar System, Stellar and Interstellar Physics, The Formation and Evolution of Galaxies, and Cosmology and Astroparticle Physics. The videos present each of these areas as an intellectual and technological adventure; they explain in a brief and simple way, the scientific and technical aspects of each research line, and bring out the benefits that research in astrophysics gives to society as a tool for scientific and technical transfer, and the creation of specialized human and industrial infrastructure, as well as a source of inspiration to satisfy our need to know the world.

The audiovisual content is expressed in a testimonial way; researchers and engineers involved in each of the scientific areas are the ones who shape the story. Each video is a mosaic of voices in which the team itself is the narrator, acting as a single, clear, close and accessible voice. The testimonies not only provide information, but express opinions and speculate about the big questions that still exist about our universe. In the video locations are also particularly important, since the protagonists are located in places that show their daily work and are part of the infrastructure and services that make the IAC a center of excellence of international standing

These audiovisual films will be published on the different digital platforms of the IAC (YouTube, Dailymotion) during the course of this year.

The Sun, by its own light

The “Solar Physics” research line is the first to be presented, although this video was first shown last June in Tenerife, as a part of the exhibition “Lights of the Universe” which celebrated the 30th anniversary of the inauguration of the Canary Island Observatories. The sun is the nearest star to us, and the most important astronomical object for life on Earth. Our star “rules” its own Solar System. It is a furnace which was born some 4,500 million years ago, and which is still burning. Although it is a yellow star, quite small, and one of the commonest types of stars in the universe, one among hundreds of thousands of millions which populate our Galaxy, the sun is in fact a more complex and mysterious object than it may appear at first sight. Understanding its essence and how it works is still a challenge for scientists.

The history of the IAC is intimately related to this star, The Solar Physics line of research was one of the first to be developed towards the end of the ‘70s. Since then the IAC has become established as a major reference at world level in the study of the Sun.

The technical team which have made the video is formed by Iván Jiménez (script and direction) Inés Bonet (Camera, editing, and post-production), Daniel López (Camera Dolly and time lapse) and Nayra Rodriquez (production).