Inauguration of the LST-1 telescope on La Palma

On Wednesday, October 10th at 14:00 hrs at the Roque de los Muchachos Observatory (Garafía, La Palma) a new scientific instrument will be inaugurated, LST-1, a prototype Large Size Telescope, which will be a part of the Cherenkov Telescope Array (CTA). The purpose of this array is to observe very high energy gamma rays and it will consist of more than 100 individual telescopes, of three different sizes, located in both the northern and southern hemispheres. Coinciding with the inauguration during the whole week there will be varies scientific meetings related to the astrophysics which studies the most energetic phenomena in the universo.

Among the more than 200 people invited to the inauguration ceremony there are representatives of the different centre forming the CTA consortium and of the sub-consortium which is building the LST, members of the user institutions of the Roque de los Muchachos Observatory (ORM) and a wide representation of political authorities.

The ceremony, which will be moderated by the administrator of the ORM Juan Carlos Pérez Arencibia, will begin with the inauguration speeches. In this ceremony the following people will speak (in this order): Rafael Rebolo, Director of the Instituto de Astrofísica de Canarias (IACV), Federico Ferrini, Managing Director of the CTAO; Masanhiro Teshima, Director of the Max Planck Institute of Physics in Munich, Principal Investigator and spokesperson for the LST collaboration; Takaaki Kajia, Director of the Institute for Cosmic Ray Research (ICRR Tokyo) and Nobel Laureate in Physics 2015, Msahi Haneda, Vice-president of the University of Tokyo, Taeshi Nakajima, Consul General of Japan in the Canaries, Anselmo Pestana, President of the Cabildo Insular of La Palma, Nieves Lady Barreto, Councillor for Territorial Policy of the Government of the Canaries, and Pedro Duque, Minister of Science, Innovation and Universities of the Spanish Government.

After the speeches will come the ceremony of cutting the multiple ribbons, with the additional presence of the mayor of Garafía, Yeray Rodríguez. The President of the Board of Directors of the LST, Manel Martínez will be in charge of this part of the ceremony, which will be performed using a Japanese ritual in which the participants, wielding scissors, and with white gloves, will form a line in front of a red ribbon with cockades, and cut, simultaneously, each of the sections.

The LST’s, with their 23m diameter mirrors, are the lagest telescopes in the CTA array. LST-1 is the prototype of the four telescopes of this type which will be installed in the northern branch of the CTA, sited within the ORM, and they will be surrounded by several 12m diameter instruments, referred to as Small Size Telescopes (SST). The complete CTA will be able to detect, with unprecedented precision and sensitivity, gamma rays in a wide range of energies, which will give a completely new view of the sky.

The LST-1 has a reflecting surface of 400 m2 supported by a structure of carbon fibre and Steel tubes. It is 45 m tall, and weighs around 100 tonnes. Nevertheless it can be moved rapidly to a new position on the sky in as little as 20 seconds to receive signals form gamma ray bursters (GRB’s). In general the very high energy gamma rays which will be detected by the LST’s come from distant objects outside our Galaxy, suchas active galactic nuclei (AGN)

As well as the inauguration of the LST-1, taking advantage of the presence on La Palma of a large number of scientists from all over the world who are studying high energy astrophysics, a number of specialized meetings in this field have been organized during the week, at the H10 Hotel Taburente Playa in Santa Cruz de La Palam. On Thursday 11th October there will be a symposium “Frontiers of Astroparticle Physics” in which well known experts will participate, includin the Nobel Laureate in Physics 2015 Takaaki Kajita, the Project Scientist of the Planck project at the European Space Research and Technology Centre (ESTEC), Jan Tauber, as well as the Principal Investigator of the CTA array at the IAC Ramón García López, and the Director of the GTC Romano Corradi.

In addition Friday 12th October will see the start of the course “The extreme universo observed in high energy gamma rays, 2018” organized by the ICRR and the University of Tokyo, in which there will be discussion about the important role to be played by the CTA array in the development of multimessenger astronnomy, and both theoretical and observational aspects rerlated to the universe at the highest energies will be discussed. Also, on October 12th and 13th there will be a meeting of the International Forum of Astroparticle Physics (APIF), organized by The Kavli Institute for Particle Astrophysics and Cosmology (KIPAC), the SLAC National Accelerator Laboratory and the University of Stanford. 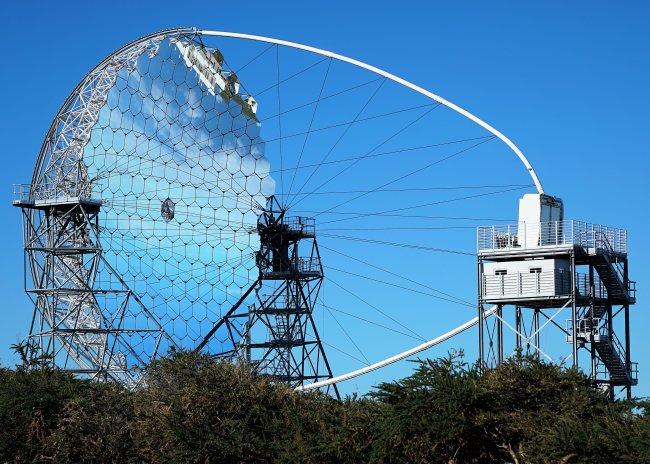