Observed: an exoplanet where it rains iron

Nature magazine is publishing today a surprising study about the giant, ultra-hot planet WASP-76b in which researchers from the Instituto de Astrofísica de Canarias (IAC) have taken part. This exoplanet, 390 light years away towards the constellation Pisces, has days when its surface temperatures exceed 2,400 Celsius, sufficiently hot to evaporate metals. Its nights, with strong winds, cool down the iron vapour so that it condenses into drops of iron. This is the first result with the high resolution spectrograph ESPRESSO,  an instrument co-directed by the IAC and installed on teh Very Large Telescope (VLT) of ESO, in Chile.

With ESPRESSO (Echelle SPectrograph for Rocky Exoplanets and Stable Spectroscopic Observations), astrophysicists have identified chemical variations between day and night on the planet: they detected the trace of iron vapour just at the division between the daytime and the night-time sector of the planet. It is the first time that chemical variations have been detected in a giant ultra-hot planet.  “However, suprisingly we do not see this iron vapour at dawn. The only explanation possible for this phenomenon is that it rains iron on the dark side of this exoplanet with extreme conditions” says David Ehrenreich, a researcher at the University of Geneva and the first author of the article.

“The observations” reports María Rosa Zapatero Osorio, researcher at the del Centre for Astrobiology of the  CSIC and coordinator of the ESPRESSO science team, “show a huge quantity of iron in the daytime atmosphere of the giant planet WASP-76b. A part of this iron is transported to the dark side of the planet due to its rotation and the atmospheric winds. There in the cooler environment of the dark side of the planet, the iron condenses and precipitates”.

“Just like the Moon around the Earth, this planet always keeps the same face towards its star as it rotates around it, which causes this extreme difference in temperature between day and night on the planet” explains Jonay I. Gonzálezz Hernández, Ramón y Cajal researcher at the IAC and a member of the science team of ESPRESSO. WASP-76b receives thousands of times more radiation from its central star than arrives at the Earth from the Sun. Its daytime face is so hot that the molecules split into atoms, and metals such as iron evaporate into the atmosphere. The difference of more than a thousand degrees between night and day produce strong winds which take the iron vapour into the coolest part of the exoplanet.

“Ultrahot giant planets are the best laboratories we have for studying extreme climates on exoplanets. If we observe an exoplanet during its transit across the disc of its star we can study the part of its atmosphere through which the light from the star passes. With ESPRESSO it has been possible to detect chemical variations using analysis of the small part of the atmosphere we can observe”, adds Núria Casasayas Barris, researcher at the IAC and PhD student of the University of La Laguna (ULL).

The results on WASP-76b were obtained during the first observations made with ESPRESSO in September 2018 by the consortium that built the instrument, in Chile, Portugal, Italy, Switzerland, Spain, and the European Southern Observatory (ESO). ESPRESSO was designed from the beginning to “hunt” exoplanets similar to the Earth in orbit around stars similar to the Sun, but it has turned out to be much more versatile. “The great stability of ESPRESSO, without precedent anywhere in the world, together with the potential of the telescopes in the VLT makes ESPRESSO a fundamental tool in the search for Earths, and to study the atmospheres of exoplanets in general” we are assured by Rafael Rebolo, Director of the IAC, winner of the National Prize for Science, and one of the co-directors of ESPRESSO. This instrument will measure with high precision the radial velocities of rocky planets and the possible time variation of the constants of physics, as well as analyzing in great detail the chemical composition of stars. “This work also shows that we have a new way to track the climate of the most extreme exoplanets” concludes Ehrenreich. 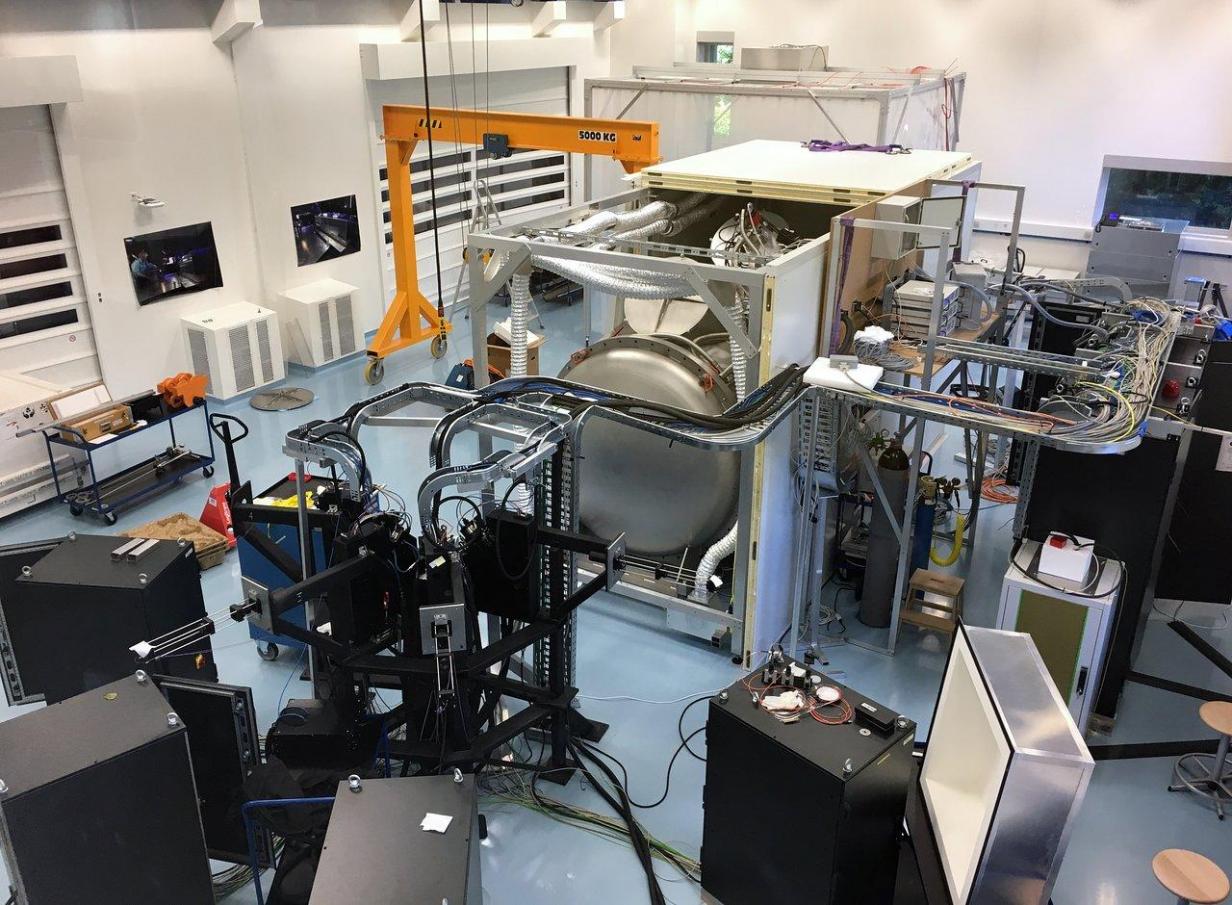