An international team, in which there are members of the Instituto de Astrofísica de Canarias (IAC) has confirmed the discovery of the galaxy Donatiello 1, named in honour of the amateur astronomer Giuseppe Donatiello, who found it while he was analysing the images which he had taken of the Andromeda Galaxy between 2010 and 2013 from the Pollino National Park in southern Italy.

David Martinez Delgado, a researcher at the University of Heidelberg (Germany) is the first author of the article which reports the discovery and the characteristics of this dwarf spheroidal galaxy, which is found to the far side of the Andromeda Galaxy. Martínez Delgado maintains that “It is very interesting for the theory of the formation of galaxies to carry out a complete inventory of the dwarf galaxies in the neighbourhood of the Local Group” , and adds “The extremely deep images of large areas of the sky taken using small telescopes by amateur astro-photographers can help us to complete the census of low surface brightness galaxies, hitherto unknown, which cannot be currently detected in surveys based on counts of individual stars, or using emission by atomic neutral hydrogen.

The observations carried out with the Gran Telescopio Canarias (GTC) in the Roque de los Muchachos Observatory (Garafía, La Palma) show that Donatiello 1 lies at a distance of 9.78 million light years, further away than the spiral galaxies which form our Local Group(dominated by our Galaxy and the Andromeda Galaxy). The position and the distance of Donatiello 1 suggest that it is a dwarf satellite of the nearby elliptical galaxy known at “The Ghost of Mirach” because it is close to the star Mirach (the second brightest star in the constellation of Andromeda). However Donatiello 1 could be one of the most isolated dwarf spheroidal galaxies known at the present time, situated behind the Andromeda galaxy.

These data, together with those gathered by the Telescopio Nazionale Galileo (TNG), also at the Roque de los Muchachos Observatory, show that this newly discovered dwarf galaxy is composed mainly of old stars and that its stellar content is similar to other galaxies which are companions of the Milky Way, such as the Draco and Ursa Minor galaxies. “The absence of young stars and the lack of gas are typical of spheroidal dwarf galaxies, which stopped forming stars several thousand million years ago” explains Mike Beasley, an IAC researcher and a coauthor of the publication. 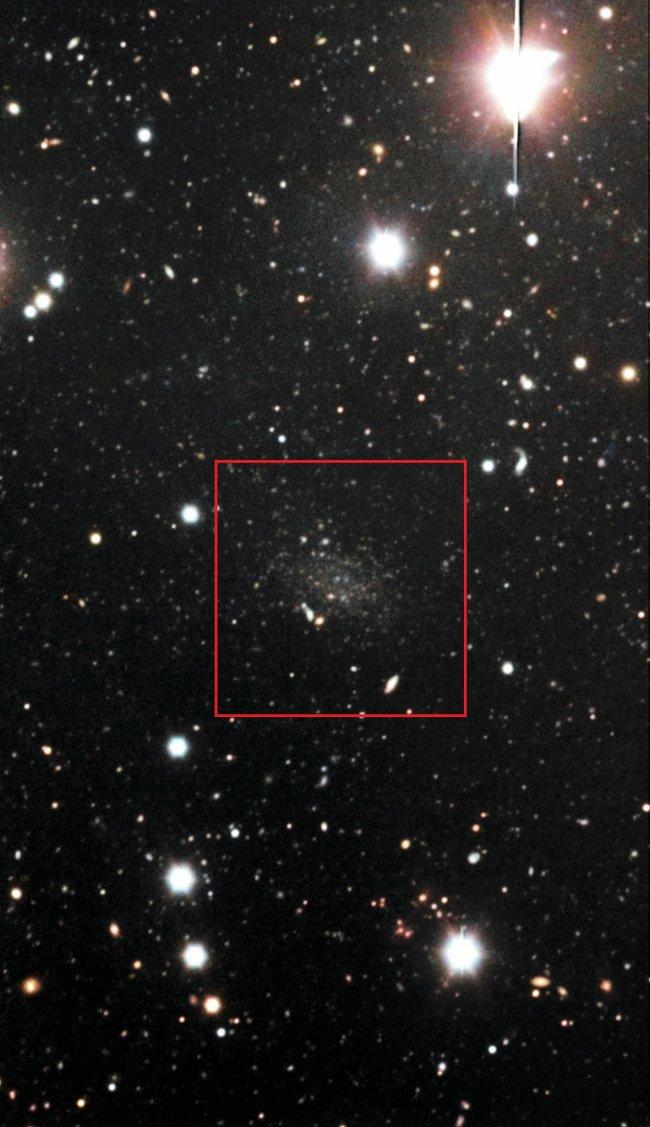