AMINA HELMI: Using the Milky Way and nearby galaxies we can learn about the distribution of dark matter in the universe" 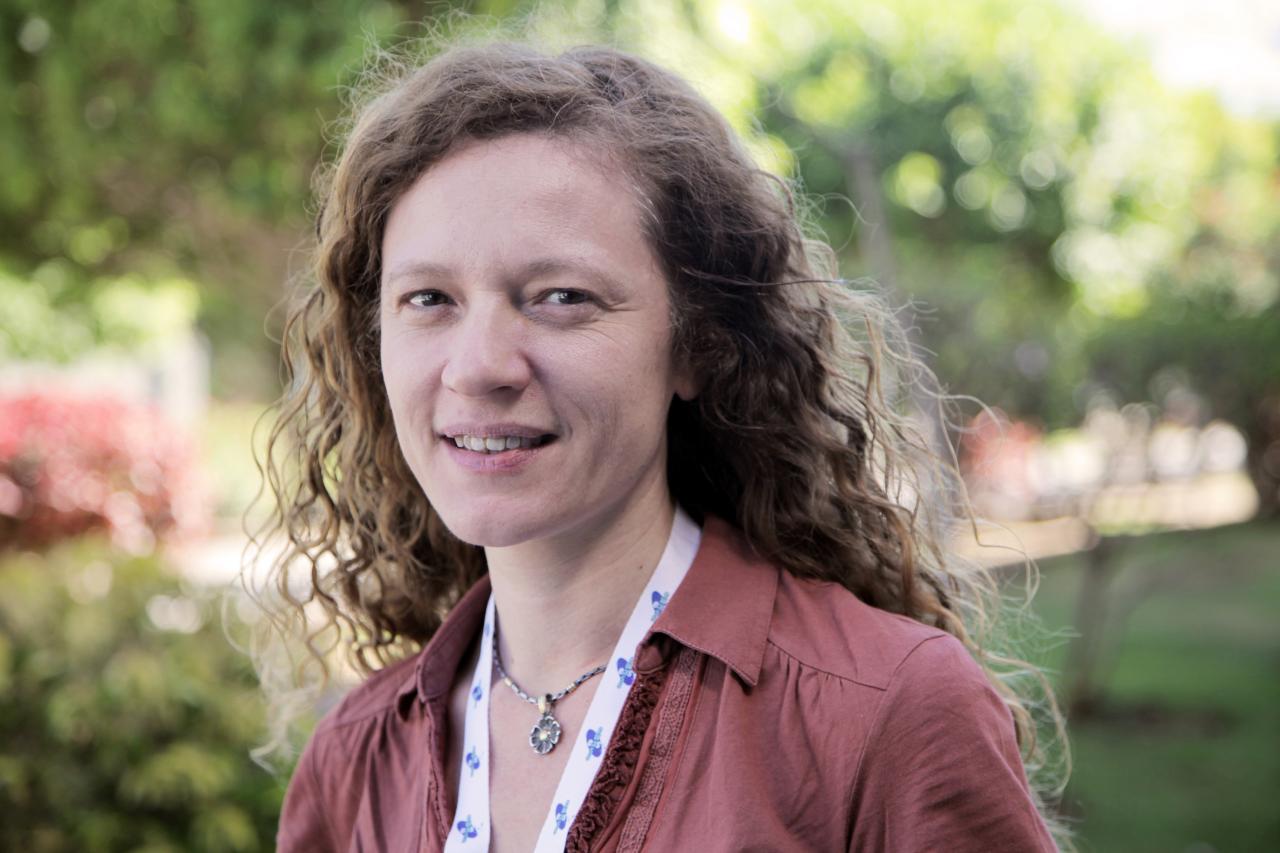 Although we human being have spent all of our existence living in a galaxy called the Milky Way, we have hardly begun to understand its history. From our planet we have no reason to complain about the beauty of the views during starry nights. However when we want to study the universe our cosmic neighbourhood is not free of dark zones which pose a challenge to our knowledge. To throw light on our still shaky cosmological models is the main objective of the astrophysicist Amina Helmi of the Kapteyn Astronomical Institute (University of Groningen, The Netherlands). Her work lies somewhere between archaeology and cosmology. For Amina the Milky Way is a cosmic laboratory which is ideal to study her major professional interest, the dark matter, the part of the universe of whose existence we know  only because its gravity affects the stars and the galaxies. best This mysterious matter is present in the Milky Way. For that reason Amina is trying to quantify its presence by studying the traces of the stars which the Galaxy has been capturing during its long history. Her work is proof that sometime in astrophysics the place to find the answers to the big questions of the universe is in our own back yard.

Your lecture at the meeting relates cosmology to the study of nearby galaxies. How can the Milky Way and nearby galaxies give us information about the early universe?

The Milky Way has stars nearly as old as the universe itself. These very old stars tell us about the physical conditions of the Universe present at the time they formed, because they retain in their atmospheres memory of the chemical composition of the medium in which they formed. In this sense they are like living fossils.

Is the standard cosmological model a definitive model? What unknown questions in Cosmology can the Milky Way and the Local Group help us answer?

One of the key ingredients of the cosmological model is dark matter. For the Milky Way and its nearest neighbours we can obtain the tightest and most detailed constraints on the distribution of dark matter, which is coupled to its nature. This is possible because we can measure how individual stars are moving through space, and herewith map the mass distribution in these galaxies.

How do we believe that dark matter affects the structure and evolution of galaxies?

Dark matter affects the structure and evolution in multiple ways. Basically it dictates to a large extent when galaxies form, and how they will evolve.

You consider yourself a galactic archaeologist. In fact, during your PhD research you discovered a stream of stars that now take your name, the Helmi Stream. What impact did this discovery have in our knowledge of the Milky Way?

This discovery provided evidence that some nearby stars originated in an external small galaxy that was cannibalized a long time ago by the Milky Way. Evidence of that process was sparse, and basically absent for the inner regions of galaxies, but mergers are believed to be a very common event in the history of galaxies according to the concordance cosmological model.

And personally, what did it means for you?

Personally it was a beautiful discovery. I had made a prediction of how disrupted galaxies should look like and identified how its remains could be found, and then actually found it. It felt as if I really understood and had unraveled a hidden piece of Nature. Of course, this helped also in my career.

Since there is 5 times more dark than luminous mass in the universe, understanding what dark matter is made of, is one of the critical questions of current (astro)physics.

You are an enthusiast of the Gaia mission. What data do you expect to get with this space observatory? How can it help us to understand the history of our galaxy and the universe?

Through mapping the motions of stars in our Galaxy we can hope to retrieve its building blocks, i.e. the mergers it has experienced. On the other hand, through their motions we can map the mass distribution. I have been waiting and preparing in one way or another for 15 years for this mission basically (since the end of my PhD), so I am very excited about the new opportunities and discoveries that will be made in the field.

Before ending your career as a researcher, what great discovery would you like to do?

I would like to know if the dark matter in our Galaxy has as much substructure as predicted by the models (the expectation is that there might be hundreds of thousands if not more, dark satellites lurking in the halo of the Milky Way). I would actually like to lift the veil, and by mapping the motions and distribution of stars in the Galaxy, be able to demonstrate that to be the case. If so, this would give a further very strong boost in support one of the most fundamental predictions of the (concordance) cold-dark matter model.