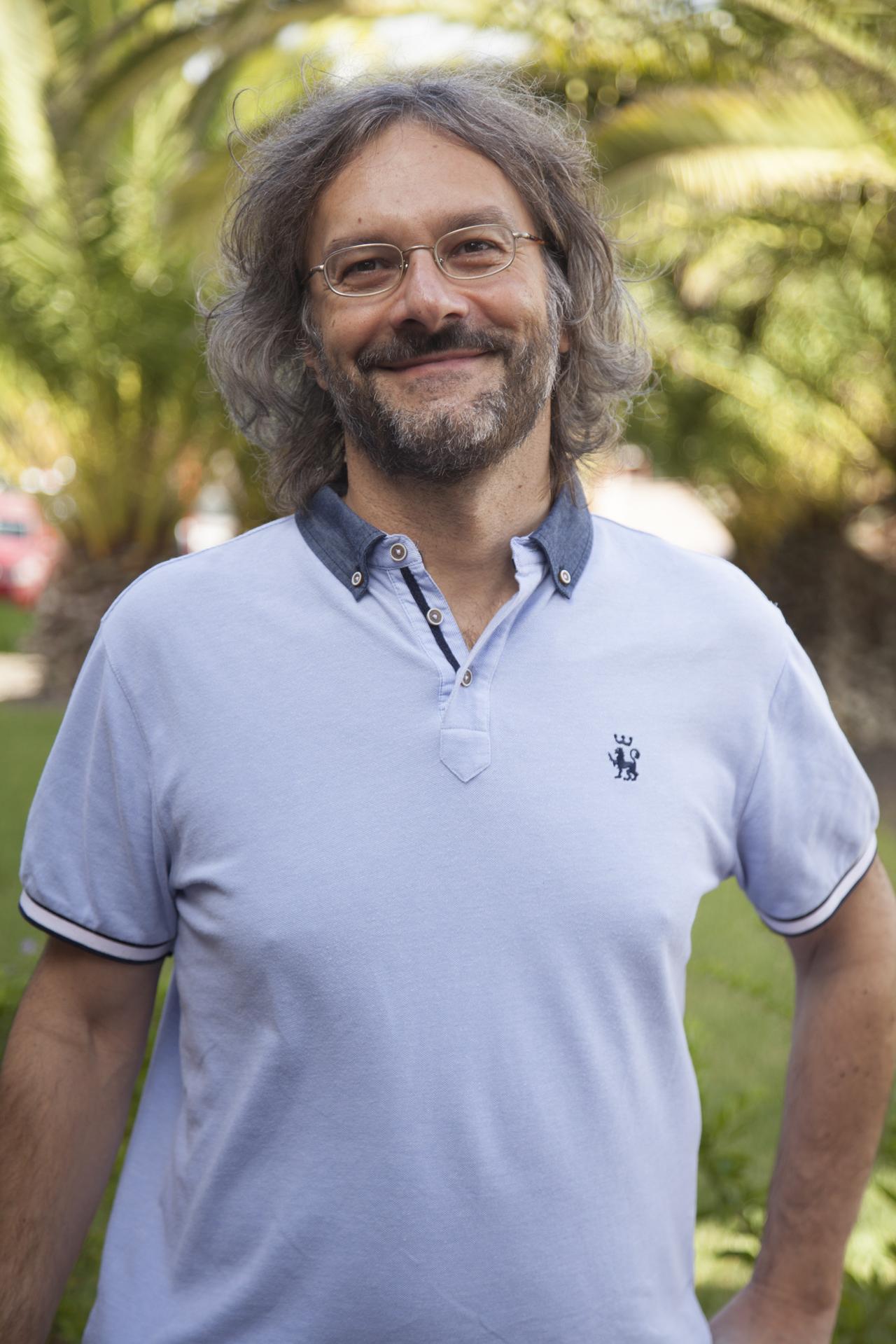 To start with, what are gravitational waves and why is it important to detect them?

Just as a stone plunging into a pond creates waves on the surface of the water, the gravitational waves can be imagined as ripples in the space-time produced by the celestial bodies during most of their movements. Their existence would be a magnificent proof of the modern Physics of gravity started by Einstein.

Can you explain what a pulsar is?

Pulsars are very dense stars, with the size of a large city (about 20-30 km in diameter), but containing up to about twice the mass of the Sun: a cubic centimetre of these stars equals the mass of all the human beings on the Earth. They also rotate very rapidly (from 1 rotation every 10 seconds, up to about 700 rotations per second) and have an enormous magnetic field. Due to these extreme conditions, these stars are mostly composed of neutrons (hence they belong to the category of the so-called "neutron stars") and can emit radiowaves in one or two beams, which are in general misaligned with the rotation axis. Therefore a radio telescope detects the radioemission from these stars as a succession of pulses (similar to a light-house effect), hence the name "pulsars", introduced after the publication of the discovery of the first of these objects, in 1968. All pulsars are neutron stars, but not all neutron stars appear like pulsars.

Radio timing observations of the Hulse-Taylor double neutron star (binary system with two neutron stars, one of them a pulsar) discovered in 1974 provided a few years later the first indirect proof of gravitational waves. How has the field (High Time Resolution Astrophysics) evolved since then?

The quality of the physical parameters derived from the observation of the most interesting pulsars improves with the duration of the data span. Hence the results from the Hulse-Taylor pulsar are today better than those which were worth of the Nobel Prize. Meanwhile, the discovery in 1982 of the millisecond pulsars opened the possibility of performing additional investigations of theories of gravity using also these objects, the rotational speed of which is up to some tens of times higher than for the Hulse-Taylor pulsar.

What did the recent discovery of the double pulsar (binary system with two neutron stars, both pulsars) represent for our knowledge of general relativity and gravitation?

It represents nowadays the best available laboratory provided by Nature for performing tests of the Einsteinian theory of gravity. In only 12 years of data collection, it has been possible to achieve much stronger - and sometimes completely new - tests than in 40 years of observations of the Hulse-Taylor binary system.

Why do we only know of one such double pulsar systems?

These systems are intrinsically rare because their formation requires a series of lucky circumstances. Moreover, they are also more difficult to discover than other kinds of pulsar binaries.

High Time Resolution is essential both for discovering the most extreme neutron stars and for carefully re-observing them, thus inferring key parameters for carrying on investigations of fundamental physics. As an example, from the knowledge of the rotational speed and/or the mass of a neutron star (provided they are very high) one can learn much about the physical laws ruling the behaviour of the particles in the nucleus of the atoms. Also, from the rotational speed and its time variation one can estimate the amount of energy injected by a neutron star into its environment.