Astronomy and Literature, together again in La Palma

In the III Hispano-American Writers’ Festival, which is being celebrated in Los Llanos de Aridane (La Palma), three authors and two astrophysicists participated yesterday, Thursday, in a panel discussion on the theme “Looking at what no longer exists”. During the morning, a small group of those invited to the Festival, in which the Instituto de Astrofísica de Canarias is collaborating, visited the Roque de Los Muchachos Observatory in Garafía, satisfying the necessary health and security measures against COVID-19.

To be specific, the authors visited the area around the Cherenkov telescopes (MAGIC and LST-1) where they were given astronomical explanations by Eduardo Colombo, the support astronomer of the MAGIC telescopes, Patricia Márquez, the engineer in charge of LST-1, and Juan Carlos Pérez Arencibia, the manager of the Observatory, before make a stop in the area around the Gran Telescopio Canarias (GTC).

In addition, they visited the viewpoint of the Roque de los Muchachos, where the Director of the Caldera de Taburiente National Park, Ángel Palomares, gave them a talk about the flora and fauna of the region.

The panel discussion, with the title “Looking at what no longer exists”, unified Astronomy and Literature with several examples of oxymorons or contradictio in terminis, a rhetorical device which combines, in the same expression, two concepts with opposite meaning, generating a new concept. In this way, the participants talked about looking at things which no longer exist, or things which cannot be seen, and about the utility of the useless, which gave rise to reflections about the past and the future, the “unconscious” and how human beings have overcome their limitations to see the universe, and in particular some “cosmic species” which are by definition invisible, such as black holes, which are also present, metaphorically, in literary texts.

In this event participated the writers Nuria Barrios, Yolanda Castaño and Juan Carlos Chirinos took part, as well as the astrophysicists Romano Corradi, director of the Gran Telescopio Canarias (GTC), and Casiana Muñoz Tuñón, Deputy Director of the IAC. The moderator of the discussion was Carmen del Puerto, Head of the Unit of Communication and Scientific Culture (UC3) at the IAC.

- Web Page of the Festival: https://hispanoamericanodeescritores.com/

- Video of the panel discussion “Looking at what no longer exists”: https://www.youtube.com/watch?v=pyEos5hJu7g 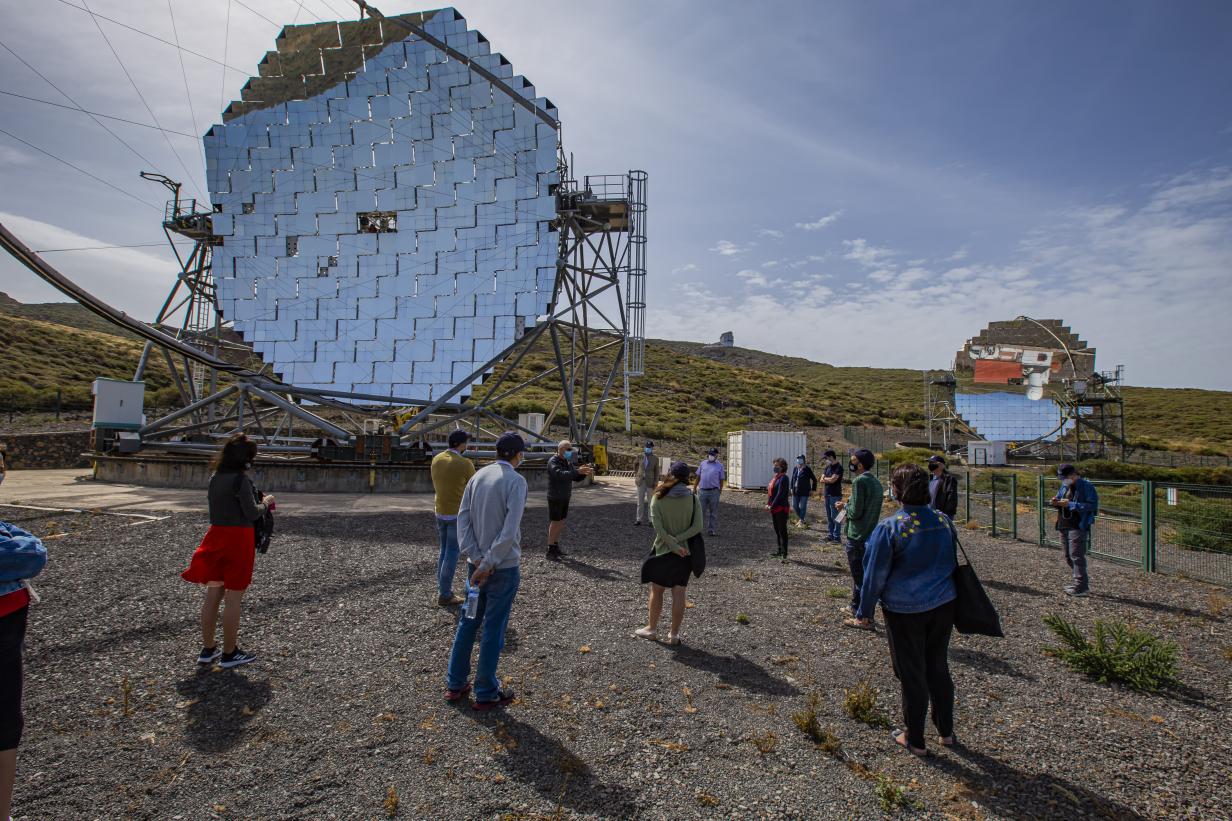