Scientists from the Instituto de Astrofísica de Canarias (IAC) have discovered the dwarf star J0023+0307, which is  9,450 light years away, in the halo of our Galaxy.

The article published today in the scientific journal The Astrophysical Journal Letters analyzes the primaeval chemical composition of this star. Because of its low metal content, and specifically its low carbon content this star “ throws doubt on the models of low mass star formation in the early universe” explains David Aguado, the first author of the paper.

This finding is similar to that made last December by the same group of observers, otra estrella enana, J0815+4729 also situated in the halo of the Milky Way and with low metallicity. In this new star, however,  carbon is not even detected, which makes its composition different from that normally found in similar stars.

J0023+0307 is still on the Main Sequence, the stage in which stars remain for most of their lives, and has an age “virtually similar to that of the universe”, explains Jonay González González, a Ramón y Cajal research fellow of the IAC, and another author of the article. This is a challenge to theoretical models of star formation at low metallicity. For that reason “This star should not exist” according to another IAC researcher, and the second author of this publication, Carlos Allende Prieto.

This observation was carried out using spectroscopy with the instruments ISIS and OSIRIS, on the William Herschel Telescope and the Gran Telescopio CANARIAS respectively. Both telescopes are at the Roque de los Muchachos Observatory, in the municipality of Garafía (La Palma). The former has a primary mirror with 4.2m diameter, and the latter with a 10.4 m primary, made up of segments, which is one of the largest and most advanced optical-infrared telescopes in the world.

The next goal of the research programme for the science team at the IAC will be to try to detect other chemical elements in the star, such as lithium and iron. Since the star is so old, lithium in particular could give us crucial information about the production of atomic nuclei (“nucleosynthesis”) in the period just after the Big Bang.

To do this, large telescopes between 8m and 10 m diameter are needed, with spectrographs yielding high spectral resolution. The researchers are confident that the HORS spectrograph, now in testing phase on the GTC, will in the near future be used for the chemical analysis of faint stars such as J0023+0307 y J0815+4729.

The Instituto de Astrofísica de Canarias (IAC) observatories and the Gran Telescopio CANARIAS (GTC) are part of the network of Singular Scientific and Technological Infrastructures (ICTS) of Spain. 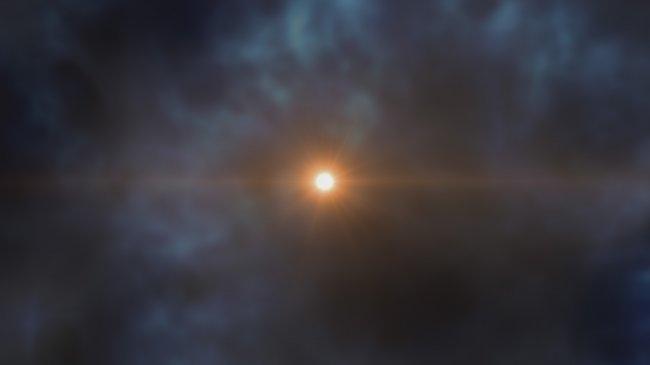