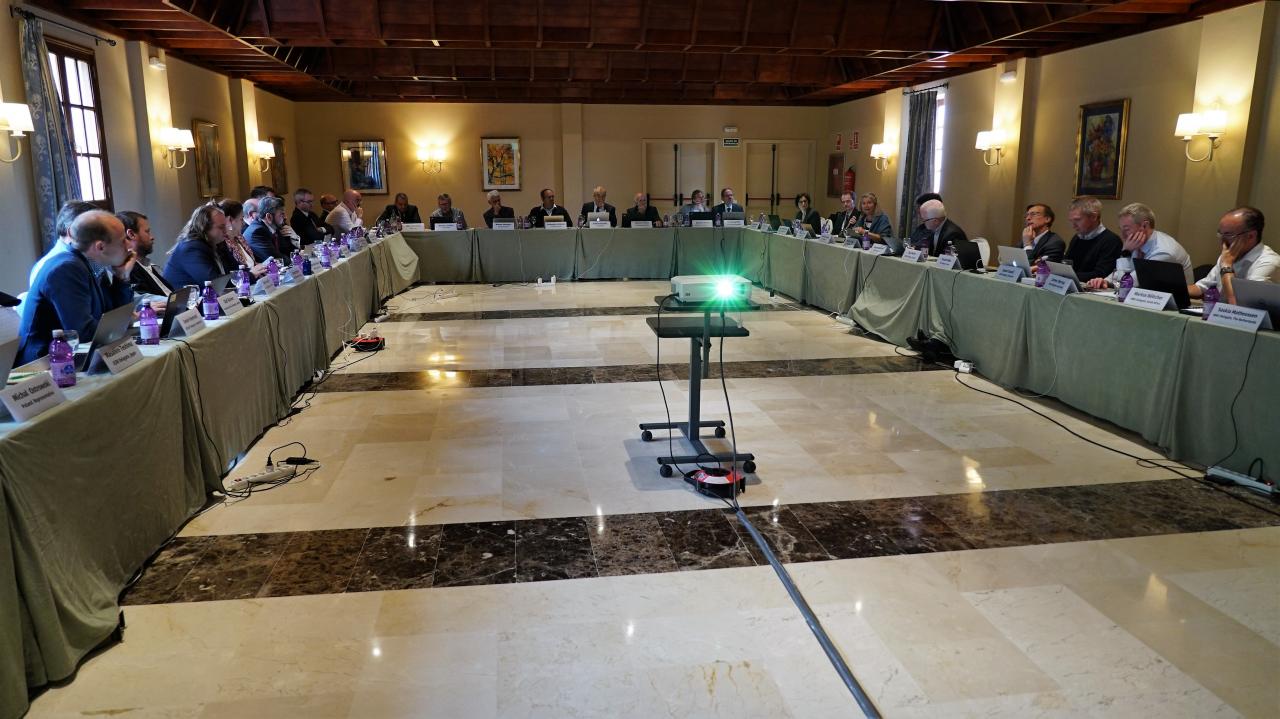 Big Science projects, of which the future Cherenkov Telescope Array (CTA) is no exception, would not be possible without the financial support of a growing number of agencies and organizations around the world. That is why the CTAO gGmbH, the legal entity created to implement the CTA is run by a council of shareholders and associated members from 13 countries which meets twice a year to monitor the progress of the project, and to continually define the application of the measures needed to complete it. The Spanish delegation is represented by Rafael Rebolo, the Director of the Instituto de Astrofísica de Canarias (IAC) and Inmaculada Figueroa, the deputy associated director general for internationalization of science and innovation of the Ministry of Science, Innovation, and Universities. For this meeting Ramón García López, Principal Investigator for the CTA at the IAC will attend as an expert. The council will maike a visit tomorrow, Wednesday, to the Roque de los Muchachos Observatory, (Garafía, La Palma) where they will be given a detailed explanation of the development of the LST-1 telescope, recently inaugurated, as well as the plans for constructing the three remaining Large Size Telescopes which will form a part of the CTA north array. CTAO gGmbH works in close collabioration with the CTA consortium, which includes 1,420 members in over 200 institutions in 31 countries, and which is responsible for defining the scientific objectives of the Observatory, and participates in its design and in the supply of components. At the same time as this meeting the Management Council of the Isaac Newton Group of Telescopes (ING) will be meeting at the Roque de los Muchachos Observatory .It comprises representatives of United Kingdom Research and Innovation (UKRI) the Nederlandse Organisatie voor Wetenschappelijk Onderzoek (NWO) and the IAC. The CTA array The CTA will be the largest and most advanced Cherenkov observatory in the world, aimed at detecting cosmic gamma rays from the ground. It will comprise over 100 telescopes of three different sizes, sited in both the northern and southern hemispheres. The CTA array will be able to detect, with unprecedented accuracy and sensitivity, gamma rays over a wide range of energies, which will increase by an order of magnitude the number of known gamma ray emitters, and tackle some of the most puzzling questions of astrophysics, such at the nature and the properties of dark matter, and the origin of the universe. The activity of the IAC in the construction of the CTA is financed by the project “The four Large Size Telescopes (LST) of CTA-nortrh at the ORM” with reference code ESFRI-2017-IAC-12 of the Ministry of Science, Innovation and Universities, 85% funded by the European Fund for Regional Development (FEDER) of the Operational Programme of Intelligent Growth 2014-2020. This project is co-financed by the Canary Development Fund (FDCAN) via the Cabildo Insular of La Palma. The Observatories of the Instituto de Astrfísica de Canarias (IAC) are part of the network of Singular Scientific and Technical Infrastructures (ICTS) of Spain.