MICHAEL KÜPPERS: “Asteroids may play a larger role than comets in the delivery of water to Earth” 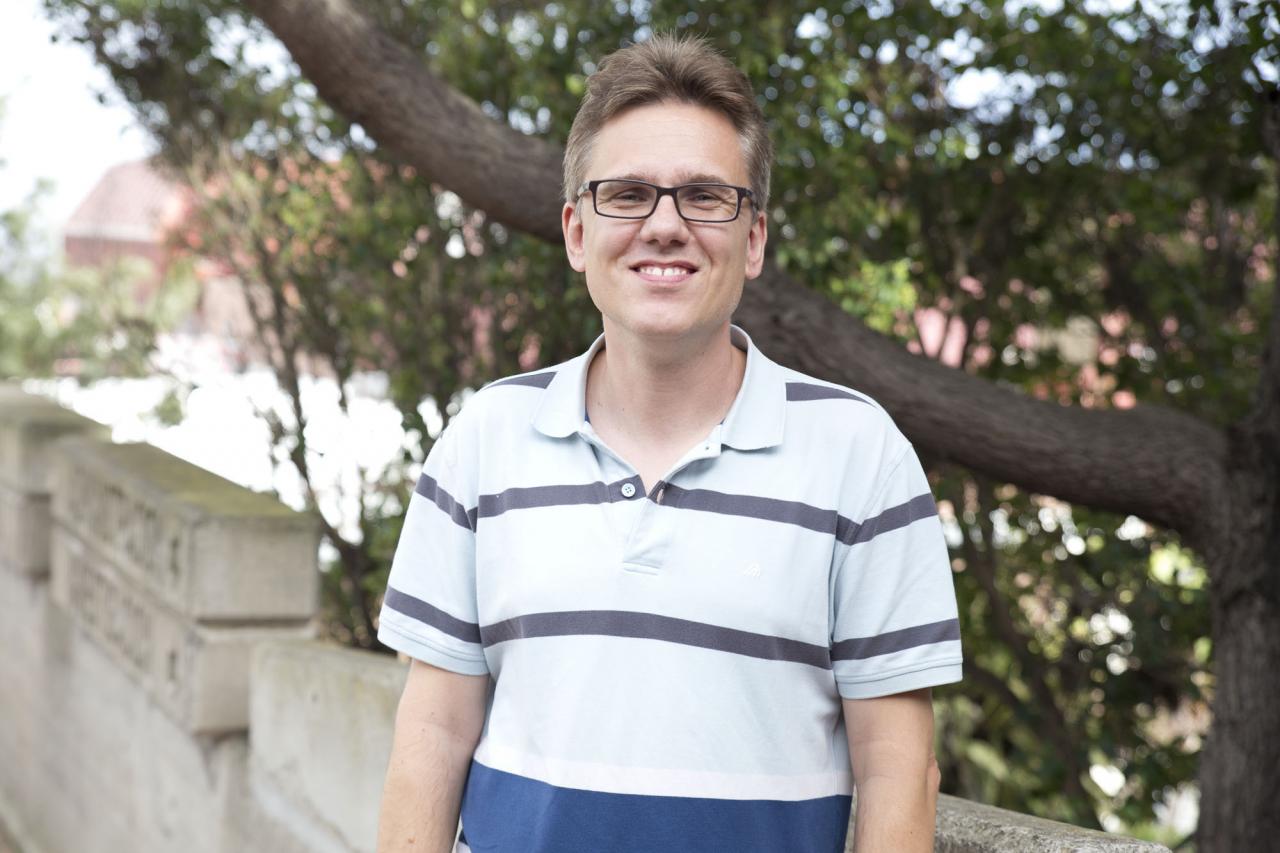 67P/Churyumov-Gerasimenko may seem to be a bit of a tonguetwister, and difficult to remember, but Michael Küppers, an astrophysicist who qualified at Göttingen University (Germany) spends most of his time dealing with it. From 2007 he has been at the European Space Astronomy Centre (ESAC) of the European Space Agency (ESA) in Madrid, analyzing the data gathered by the Rosetta mission to the comet of that name. He is also a member of the Asteroid Impact Mission (AIM) which, if approved during the coming December, will be the first time tht a mission has the aim of investigating an asteroid binary –Didymos- to impact on one of them in a controlled manner, and to study the consequences. Comets and asteroids hold few secrets for Küppers, and for that reason he is at the XXVIII Canary Islands Winter School of Astrophysics, organised by the Instituto de Astrofísica de Canarias (IAC). In addition, within the framework of the school, he will give a popular talk with the title "Rosetta - a voyage to a comet, and to our origins", on November 15th at 19h in the Museum of Science and the Cosmos, of Museums of Tenerife.

“Jovian planets and their moons are like mini solar systems that allow to study the formation and evolution of such systems on a smaller scale.”

“In space, the low gravity of minor bodies poses a challenge. While fast flybys are relatively easy, it is difficult to get into orbit or stay close to the object for extended periods of time.”

“Mass spectrometers, both the orbiter and the lander Philae, found many organic molecules on 67P, including glycine, the simplest amino acid, but no evidence for past or current presence of liquid water on the comet was found.”

Question: What is the difference between a comet and asteroid? Does the analysis of asteroids and comets allow to determine the physical and chemical processes during planetary formation? Why?

Answer: An asteroid is a rocky or metallic object. Most asteroids orbit the sun between Mars and Jupiter. A few a deviated into an orbit closer to Earth, typically by Jupiter perturbing their orbit. Comets are made of ice and dust. They are generally far from the sun (in the Kuiper belt outside Neptune’s orbit or in the out cloud far outside the planets, reaching up to half the distance to the next stars.

The solar system formed from a nebula of gas and dust. In the outer solar system the gas condensed into ice, in the inner solar system it escaped (due to the higher temperatures it could not condense). With time, the particles in the cloud first formed small bodies and those than collided and formed the planets. Asteroids and comets are the “leftovers” from that process, small bodies that were not incorporated into planets. Therefore we can use them to study the building blocks of the planets and the conditions in the very early solar system. This is especially true for comets. They spend most of the time far from the sun, in a cold environment where they did not change much between the formation of the planets billions of year ago and now.

Q: What kind of information give us the study of minor bodies in comparison to the major ones?

Major bodies show the evolution of planets, their satellites and atmosphere depending on location. Jovian planets and their moons are like mini solar systems that allow to study the formation and evolution of such systems on a smaller scale.

Q: What kinds of challenges the scientists face in the study of minor bodies in the Solar System?

For space-based studies, the low gravity of those objects poses a challenge. While fast flybys are relatively easy, it is difficult to get into orbit or stay close to the object for extended periods of time.

Q: For the first time, the Rosetta European mission could orbit 67P/Churyumov-Gerasimenko and study its surface. What is the relevance of this comet?

A: Comet 67P/Churyumov-Gerasimenko was chosen as the Rosetta target mainly because due to its orbit it is more accessible for a rendezvous mission. Furthermore, the lander Philae had been designed for a small target (comet Wirtanen was foreseen as the target comet before Rosetta had to be delayed due to the issue with the launcher), so a new target with a not too large nucleus had to be selected.

Q: What kind of measurements of its interior and surface have been made?

A: Images have been produced of the geology and the colour of the surface on a detailed scale of millimetres, including dust particles and gas emission in the coma. Using spectrometry the surface composition has been determined, as well as its thermal properties, and the same for the subsoil. Mass spectrometers measured the composition of the gas emitted by the nucleus.

Also the mass, size, and shape of the dust particles in the coma have been calculated. Two magnetometers, and detectors of plasma and of radio waves have analyzed charged particles, and examined the interaction of the comet with the solar wind. Finally radio waves were used to measure the internal structure of the nucleus.

Q: What unsolved questions may answer this comet?

Related to the role of comets in bringing water to Earth, measurements show a ratio between heavy water (HDO) and “normal” water (H2O) in comet 67P that is 3-4 times higher than the corresponding ratio on earth. This suggests that comets like 67P are not the source of the oceans. However, a few years ago the Herschel Space Observatory measured the same ratio in comet Hartley 2 during a close approach to earth, and in that case it is undistinguishable from ocean water. Since the ratio between D and H reflects the conditions of the formation and early evolution of a comet, the conclusion is that not all Jupiter-family comets (comets like 67P and Hartley 2 whose orbit is controlled by Jupiter after entering the inner solar system) formed from the same material. Asteroids may play a larger role than comets in the delivery of water to earth.

As for the role of comets in the emergence of life, mass spectrometers on both the orbiter and the lander found many organic molecules on 67P, including glycine, the simplest amino acid. No evidence for past or current presence of liquid water on the comet was found. Those results suggest that some of the organic molecules that were required to form life may have been brought from space. More complex compounds like larger amino acids could then have formed then in situ in the presence of liquid water.

Q: Recently, the OSIRIS camera of Rosetta found the Philae lander after being 2 years lost. What is the next step in the mission and what it is going to be done with him?

A: On Friday, 30 September 2016, 4 weeks after Philae was found, the Rosetta mission ended with the Rosetta spacecraft landing on comet 67P. Both Philae and Rosetta stay on the comet nucleus, but we do not have contact with them anymore. At some point, e.g. during a cometary outburst or break-up, they may be ejected from the comet, but most likely we will never know for sure.