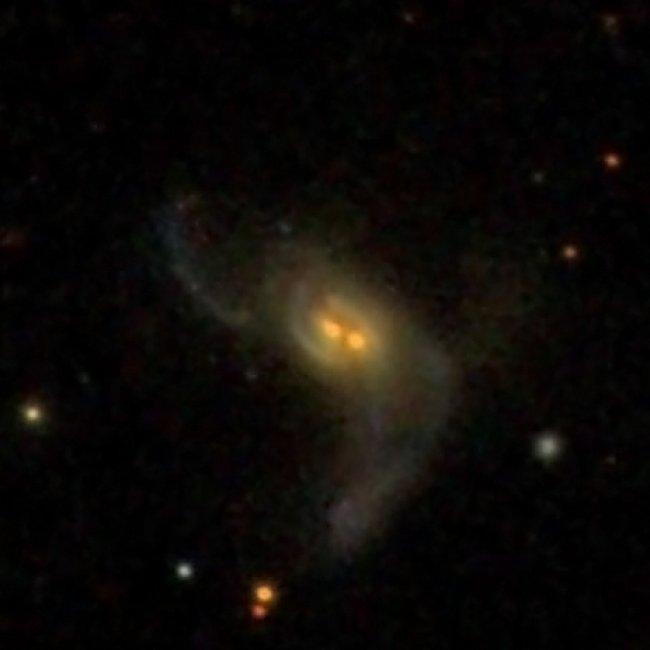 The researchers Martín López Corredoira, of the Instituto de Astrofísica de Canarias (IAC) and Pavel Kroupa, of the University of Bonn (Germany) have found evidence in favour of alternative models which use modified gravity (MOND). These models do not need the presence of dark matter to explain the kinematics of the Universe, which in principle challenges the view which has been dominant for the past 40 years.

Dark matter is a type of material which has not been observed through any telescope, but whose existence is deduced from its gravitational effects on visible matter. In 1974 the astronomer Vera Rubin measured the rotation curves of the stars in orbit around the centres of spiral galaxies and noticed that at distances greater than a certain radial distance from the nucleus the stars rotate at virtually constant velocity, independently of their distance from the  centre of rotation.However the estimates of the mass of the visible matter, the stars and the gas in the galaxy lead to predictions similar to those about the behaviour of the planets in our solar system: they move round their orbits more slowly, the further they are from the Sun. This should also be generally true for the stars in a galaxy, the futher from the centre the slower the rotation. The explanation for the difference between this prediction and the observations is that in the galaxies there ought to be something extra - dark matter- which gives extra gravity to the system, particularly in its outskirts.

The models of dark matter which were originally proposed, and which are still considered valid, predict that the satellite galaxies around a host galaxy are distributed spherically about the host in a number which should be proportional to the total mass. On the other hand MOND predicts that spiral galaxies should be distributed in plane discs around the centre and that their numbers should be proportional to the size of the bulge of the host galaxy, because the bulge and the satellites are formed by the same process.

In recent years the distribution of satellite galaxies has been found, surprisingly, to be in plane discs rather than spheres, as had been found by Kroupa in previous observations. Now López Corredoira and Kroupa have found a statistical correlation between the size of the bulge and the number of "tidal dwarf "satellite galaxies (formed as the remains of the interaction between two host galaxies) as predicted by models with no dark matter. The probability that this correlation is accidental is less than one part in a million.

The results, published recently in the Astrophysical Journal do not have a ready explanation within the standard hypothesis of dark matter, because according to this galaxies with a larger bulge to disc ratio need not show a larger ratio of dark matter to luminous matter.

This is a prediction of the MOND hypothesis which is testable observationally, although we must note that the dark matter hypothesis has also made prediction which have stood the test of posterior confirmation. It remains to be seen if this challenge can be answered by those who support the standard model. In any case, the problem of dark matter involves, in practice, a number of diverse problems in galactic astrophysics and cosmology, which the hypothesis of modified gravity still needs to explain, before we reach the point of rejecting the possibility of dark "non-baryonic" matter.