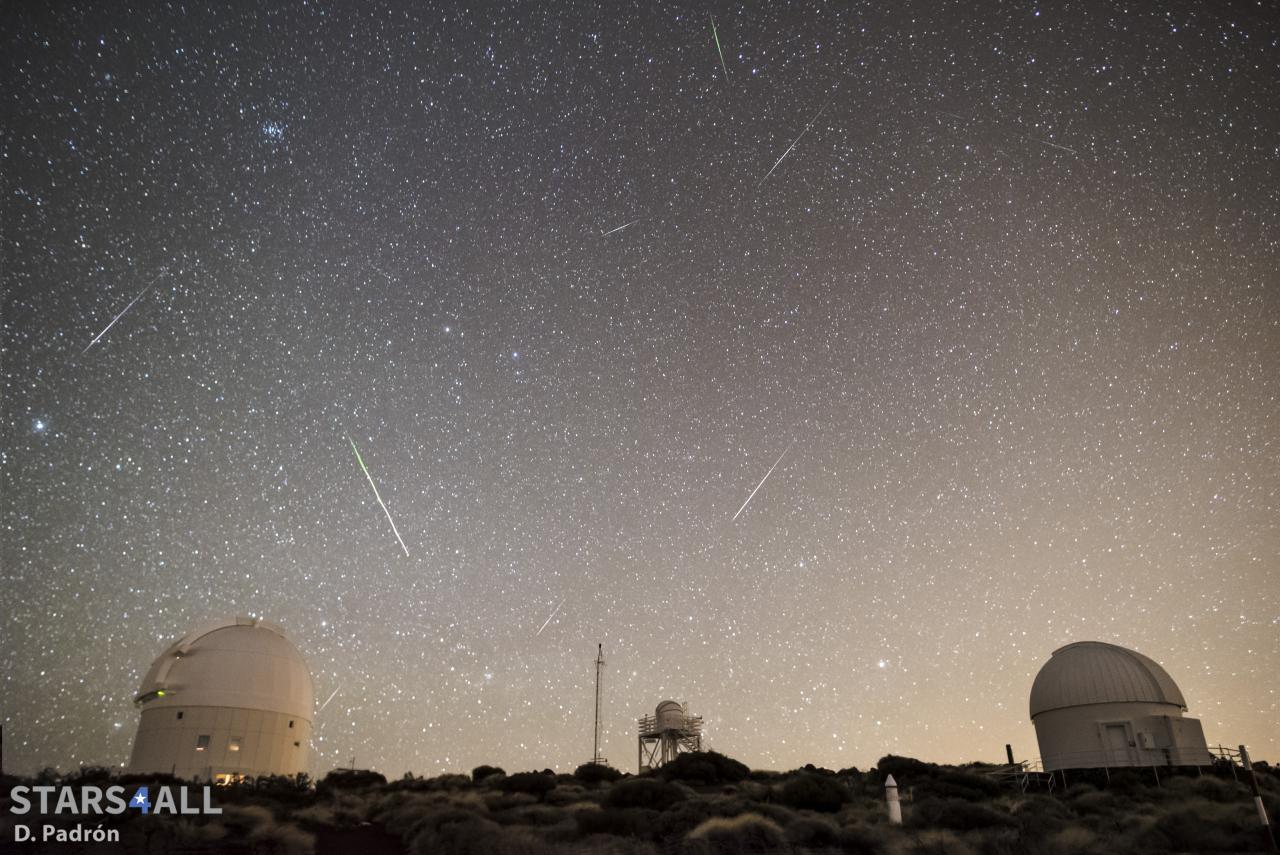 The three most spectacular meteor shows of the year are the Perseids, in August, the Geminids, in December and the Quadrantids, in the first week of January. In 2019 this peak is expected at 02:00 UT on January 4th. In Europe the night of January 3rd/4th will be the best time to observe them, because the constellation of the Boötes, its radiant, will be high in the sky. Quadrantids will only be visible from the northern hemisphere.

With a practically new moon, the darkness of the night will be ensured and the vision of the weaker meteors, or the weaker shooting stars, will be possible. The final meteor activity is expected to reach an average of one every four minutes, some of them bright. For a good observation of the Quadrantids we must place ourselves in a dark place with clear horizons.

Counting stars, in the family

Amateur astronomers use meteor showers to make meteor counts and send them to the International Meteor Organization (IMO) which calculates their activity rates. During the Quadrantids of 2019 the Instituto de Astrofísica de Canarias (IAC) and the Polytechnic University of Madrid (UPM) are collaborating in the citizen science project Contadores de Estrellas.

This project, financed by the Spanish Foundation for Science and Technology (FECYT) has prepared a guide which will let any citizen collaborate in these star counts. Contadores de Estrellas aims, in a simple way, to get the general public to participate in this scientific task, using applications of mobile phones, and the didactic material prepared for the project.

Live from the Teide Observatory and Higuera la Real

In the framework of the Light Pollution Initiatives (LPI) of the European STARS4ALL project (stars4all.edu) the sky-live.tv channel will offer a live broadcast of the meteor shower from two cameras: one situated at the Observatorio del Teide (IAC, Tenerife, Canary Islands) and the other at Higuera la Real (Badajoz, Extremadura).

"It's always a big effort to get up at six in the morning. If, in addition, it is January 4th, with holidays and cold weather, it is worse, but still worthwhile. Even though there is still moonlight, and a window of observation of only one hour, we are sure that we will have a pretty spectacle, with activity getting up to 100 meteors per hour", comments Miquel Serra Ricart, an astronomer at the IAC.

The Quadrantids and the Geminids are unique meteor showers

"Shooting stars" are really tiny dust particles of different sizes, some of them smaller than sand grains, which are left behind by comets as they orbit round the Sun. As they pass by the Sun, the heat causes the comets to evaporate, leaving a stream of particles (the "meteoroids"), which are dispersed around the orbit of the comet. Each year when the Earth in its orbit round the sun crosses the comet orbit, the particles enter the Earth's atmosphere at high speed and disintegrate, producing the well know luminous tracks, which are called, scientifically, meteors. This is true for the majority of showers, except for the Quandrantids and the Geminids: there is no comet whose trajectory coincides with this trail of debris. Their progenitors are asteroids 3200 Phaeton, in the case of the Geminids, and 2003 EH for the Quandrantids.

“Contadores de Estrellas” is a project funded by the Fundación Española para la Ciencia y la Tecnología(FECYT) of the Ministry of Science, Innovation, and Universities.

STAR4ALL is a project funded by the H2020 programme of the European Union under agreement 688135. STARS4ALL has 8 member institutions (UPM, CEFRIEL, SOTON, ECN, ESCP Europe, IAC, IGB, UCM) from 6 countries.

Extremadura Buenas Noches is a project within the Night-time Strategy of the Junta of Extremadura (Extremadura 2030).

Three Spanish Supercomputing centres: the Extremadura Centre for Advanced Techologies (CETA-CIEMAT), the Consotium of University Servers of Catalonia (CSUC) and the Instituto de Astrofísica de Canarias (IAC) will collaborate in the distribution of the breadcast on the web portal (sky-live.tv).