A team form the Department of Botany, Ecology, and Vegetable Physiology of the University of La Laguna (ULL) and representatives of the Gran Telescopio de Canarias (GTC) and of the Instituto de Astrofísica de Canarias (IAC) met yesterday, September 20th at the Roque de los Muchachos Observatory (ORM) to work together to develop a “Sustainability Plan” for the GTC. The Rector of the ULL, Rosa María Aguilar Chinea joined the meeting in order to get to know the project at first hand, and to give it an impulse. This is a new step in the commitment to sustainability for the Canary Observatories, which has the very firm backing of the IAC.

The ORM is advancing along its route map of sustainability with the formulation of a new agreemetn, in this case with the ULL and the GTC, to carry out a plan which entails an auditórium, and in a second phase a programme of activities to improve the environmental impact of the telescope.

The Gran Telescopio Canarias (GTC) the largest optical telescope in the world, is firmly commited with respect to the environment and sustainability, awared of its site in a privileged natural zone, the Roque de los Muchachos Observatory in the pre-park area of the Caldera de Taburiente National Park in La Palma. 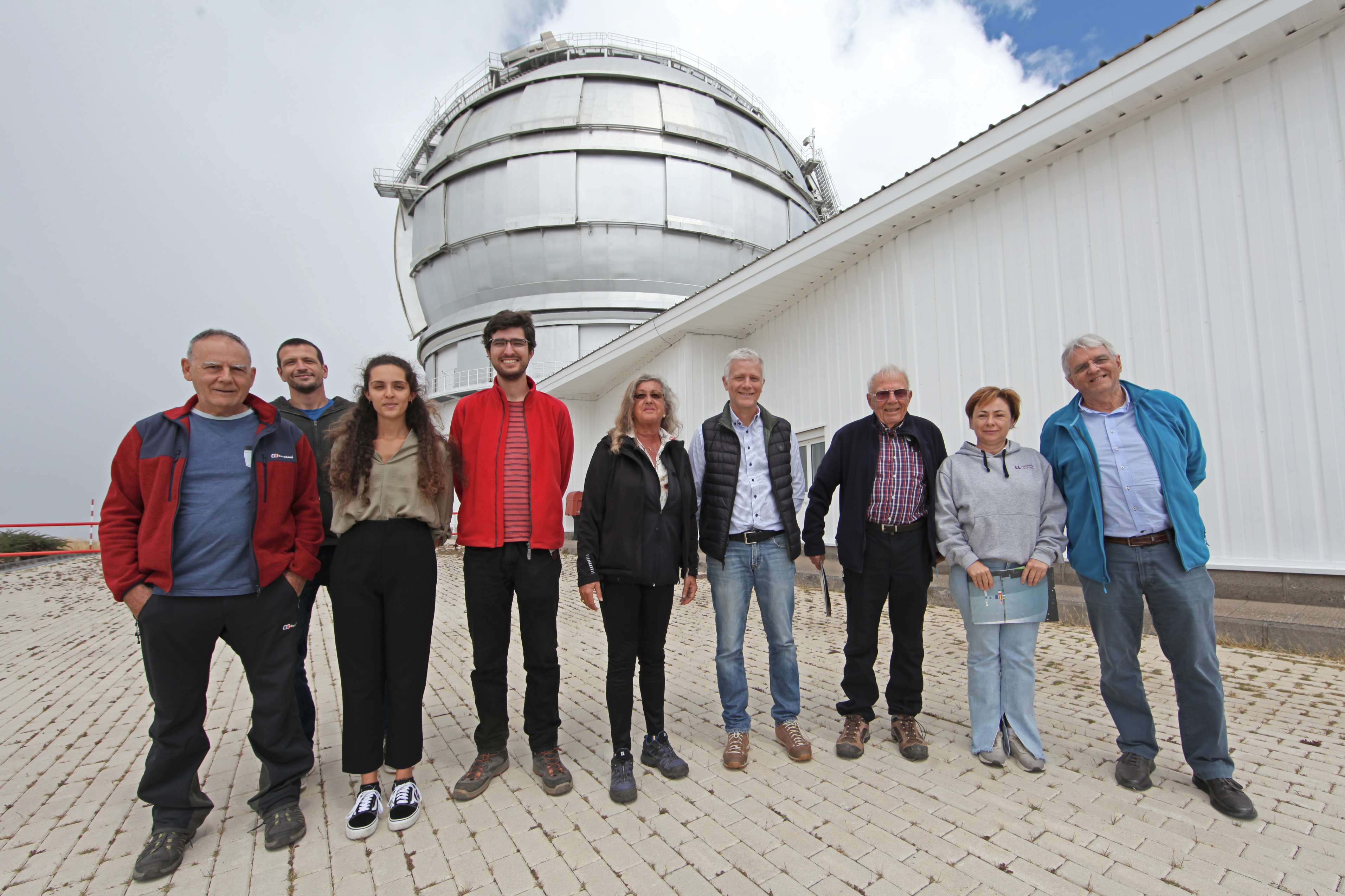 The working teams of the GTC and the ULL, together with the IAC, met these days in the telescope to move forward with the definition of this complete sustainability plan.

The project deals with efficiency and energy saving, self-generation of sustainable energy, mobility and transport, waste management, water and materials, and the environmental impact of the activities in operations and maintenance. The first actions taken are the initiation of a photovoltaic system producing 100 kW on the roofing of the telescope installations, and the introduction of five 100% electric vehicles in the GTC fleet. We should also note that, thanks to the First Experience Programme of the Canary Employment Service in the Framework of the Plan of Recovery, Transformation and Resilience funded by the European Union, Victoria González Rodríguez is working solely on this project.

The Rector of the ULL, Rosa María Aguilar Chinea took part in the visit to get to know the situation at first hand, giving an extra push to the proejct. Wlfredo Wildpretde la Torre, Emeritus Professor and winner of the Canary Prize for research also took part in the meeting. In addition the President of the Commission for the Environment and Sustainability of the IAC, Antonio Mampaso, and the administrator of the ORM, Juan Carlos Pérez Arencibia, also participated.

Romano Corradi, the Director of the IAC commented that “Although the work has just started, the collaboration between the GTC and the ULL, bringing together knowledge and experience, points the way to successful and efficient development of a project which is essential not only for the development of our installations but also for the social commitment which drives us”.  “We want to promote a culture where science and technology are tools at the service of society to construct a better and more sustainable future”.

The Rector of the ULL, Rosa María Aguilar Chinea also expressed her satisfaction for this agreement. “Now the collaboration is growing” she continued, “and we are particularly motivated because the purpose is to generate responsible science, consistent with a front-line institution such as this one, but which is very conscious ot the environmental dangers to which we are exposed and so takes direct action.”