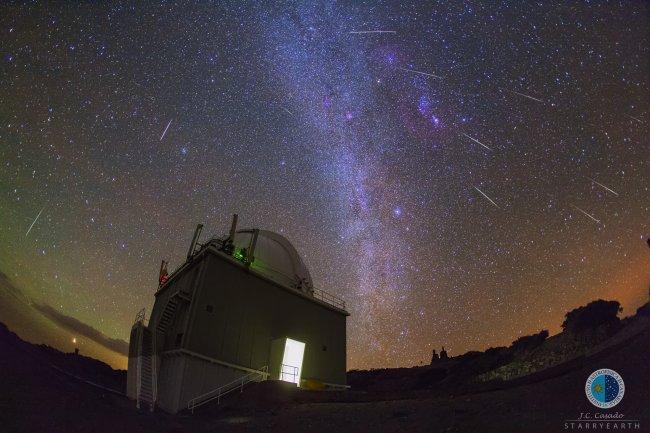 Every year at about this date the Earth in its orbit round the Sun meets up with a stream of particles from the asteroid 3200 Phaeton, which produces the meteor shower known as the Geminids.

This year we had a good opportunity to observe them. The maximum of this shower, which was expected at 18.00 UT yesterday, December 14th, occurred with the Moon just emerging from new. For that reason the Instituto de Astrofísica de Canarias (IAC) wanted to present the spectacle to the general public through its website and the sky-live.tv portal.

The meteor shower was broadcast directly from the Observatorio del Teide, in Tenerife, the Observatorio del Roque de los Muchachos, in La Palma, and also from Fuerteventura (Canary Islands) and Cáceres (Extremadura). Although the weather was not great, the Geminids did not defraud.

Related press release: The return of the Geminids