Supernovae that play hide-and-seekScience with the GTC 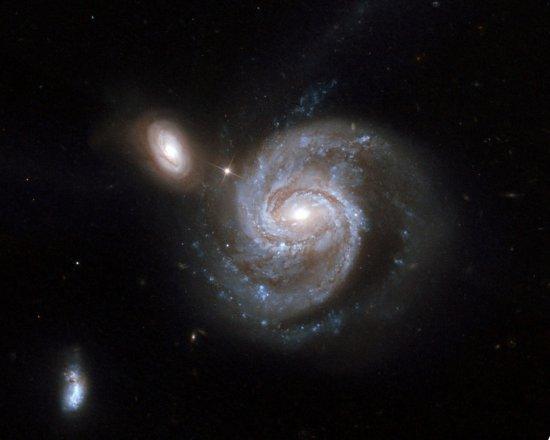 The galaxy we see in the centre is NGC 7674, also known as Markarian 533. This image, from the Hubble Space Telescope, was taken in 2002. The supernova explosion /SN 2011ee/ had not then taken place, so we are unable to identify the progenitor star. The g
Advertised on
16/10/2013

There are many kinds of stars in the Universe that are generally classified according to their brightness and colour. The brighter a star is, the bigger it is, and this property is directly related to the mass and age of the star. The most massive stars rapidly consume all the fuel in their interior, and this means not only that their lives are shorter than those of less massive stars but also that their deaths are spectacular. When they reach their end, they explode as supernovae, providing us, in most cases, with an impressive display in the form of magnificent remnants with stunning shapes and colours. Depending on their distance, these supernova explosions can last for several months, or even years, and their brightness can exceed that of the entire galaxy that hosts them.