The visit has generated new ideas in common, and has opened the way for collaboration on new international projects, especially, in the field of space domain awareness.

Last Thursday, 8th September, a delegation of scientists and upper management from the University of Warwick, together with representatives from the Japanese Space Agency (JAXA) and the Instituto de Astrofísica de Canarias (IAAC) visited the scientific instruments which the University has installed at the ORM (La Palma).

The group went to the Visitors’ Centre of the ORM, and attended a technical session in it auditórium. Afterwards they visited the instruments GOTO, the Warwick 1.0m telescope, and the Wide Angle Search for Planets (SuperWASP).

The were accompanied by Casiana Muñoz Tuñón, the deputy director of the IAC, Alfonso López Aguerri, coodinator of the instrumentation department at the IAC, and by Juan Carlos Pérez Arencíbia, the manager of the ORM. 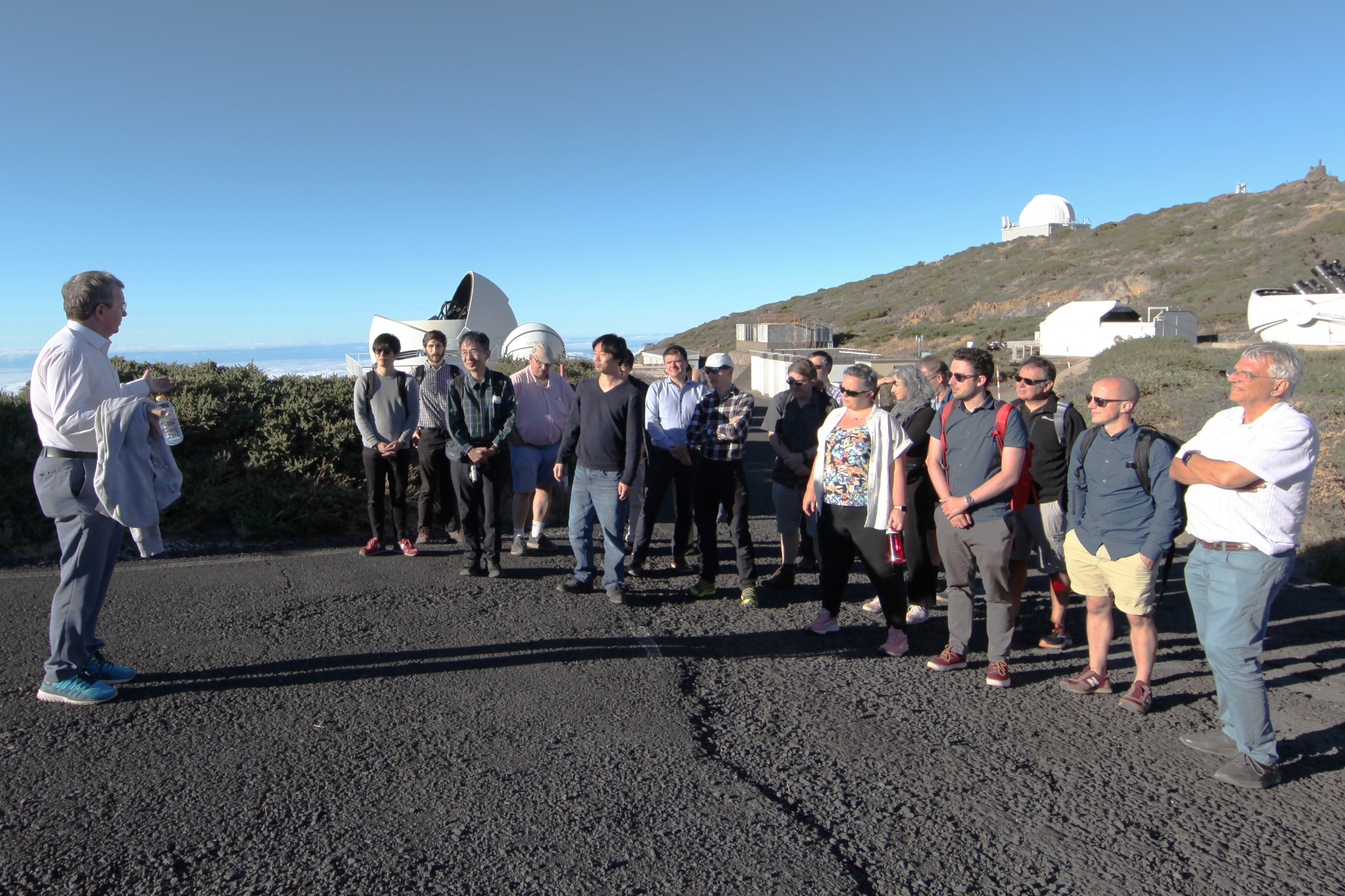 Among others, the University of Warwick is in charge of the GOTO (Gravitational Wave Optical Transient Observatory), whose aim is to detect sources of gravitational waves at optical wavelengths. This instrument, at the ORM, comprises 16 astrographs, each of 40 cm diameter with a high sensitivity CCD camera. GOTO can map large areas of sky rápidly, searching for transient phenomena.