The XV Science and Innovation Weeks in the Canaries have ended

The Instituto de Astrofísica de Canarias, (IAC) has participated, with a number of activities, in the XV Edition of the Science and Innovation Weeks organized bby the Canary Agency of Research, Innovation, and the Information Society (ACIISI) of the Government of the Canaries, in this way making a contribution to the popularization of science and technology in the society of the islands. The main theme of the event was the Periodic Table of the Chemical Elements, because 2019 is the International Year of the Periodic Table which was proposed by Dimitri Mendeev just 150 years ago.El IAC ha estado presente en las Miniferias de Tenerife y de La Palma, con charlas y talleres dirigidos a alumnado de diferentes niveles educativos, desde 5º de Primaria a Bachillerato y Formación Profesional, y también al público general. Además, realizó actividades en centros educativos de las Islas.

The IAC was present in the Mini-fairs of Tenerife and of La Palma, with talks and workshops aimed at students at different stages of their education, from the 5th year of Primary School to the Baccalaureate and Professional Training, as well as for the general public. In addition the IAC carried out activities in educational centres of the islands.

The mini-fairs of Tenerife took place on the 6th, 7th, and 8th of November in the García Sanabria Park in Santa Cruz de Tenerife, with both morning and afternoon sessions with a total attendance of 3.500 students from 54 educational centres and more than 1,500 people from the general public. During the morning session, aimed exclusively at school students, combined talks and workshops about the Periodic Table were organized, as well as observations of the solar spectrum. In the afternoon sessions, aimed at famioies, there were question and answer games on specific themes, and six researchers from the IAC gave short popular talks related to the cosmic origin of the chemical elements.

This year the island of La Palma celebrated its first Science and Innovation Mini-fair in which the IAC also participated, at two sites: on Monday 18th November in the Casa Salazar in Santa Cruz de la Palma, and on Tuesday 18th November in the Benahoraita Archeological Museum in Los Llanos de Aridane. Over 230 school students visited the IAC stand and participated in the workshops designed to show the relation between astrophysics and the chemical elements which surround us. ON the 20th, 21st, and 22nd November research and outreach staff of the IAC went to ten secondary schools on the island to give joint talks and workshops to the students.

A total of over 1,400 people, including students, teachers, families, and the general public participated in the range of activities offered by the IAC during this edition of tthe Science and Innovation weeks in the Canaries.

The activities in Tenerife were organized by, and with the participation of a large numbers of volunteers: research staff of the IAC, Adriana de Lorenzo-Cáceres, Alicia López Oramas Alejandro Suárez Mascareño, Ana Esteban Gutiérrez, Lucía González Cuesta, Olga Zamora, Pepa Becerra, Artemio Herrero,  and Ayoze Álvarez, and staff from the Unit of Communication and Science Culture Itziar Anguita, Alfred  Rosenberg y Nayra Rodríguez Eugenio. In La Palma the talks and workshops were presented by the outreach astrophysicists Alfred Rosenberg and Nayra Rodríguez Eugenio, with the collaboration, during one of the days, of the pre-doctoral researcher Ana Esteban Gutiérrez.

Report about Mini-fairs on La Palma 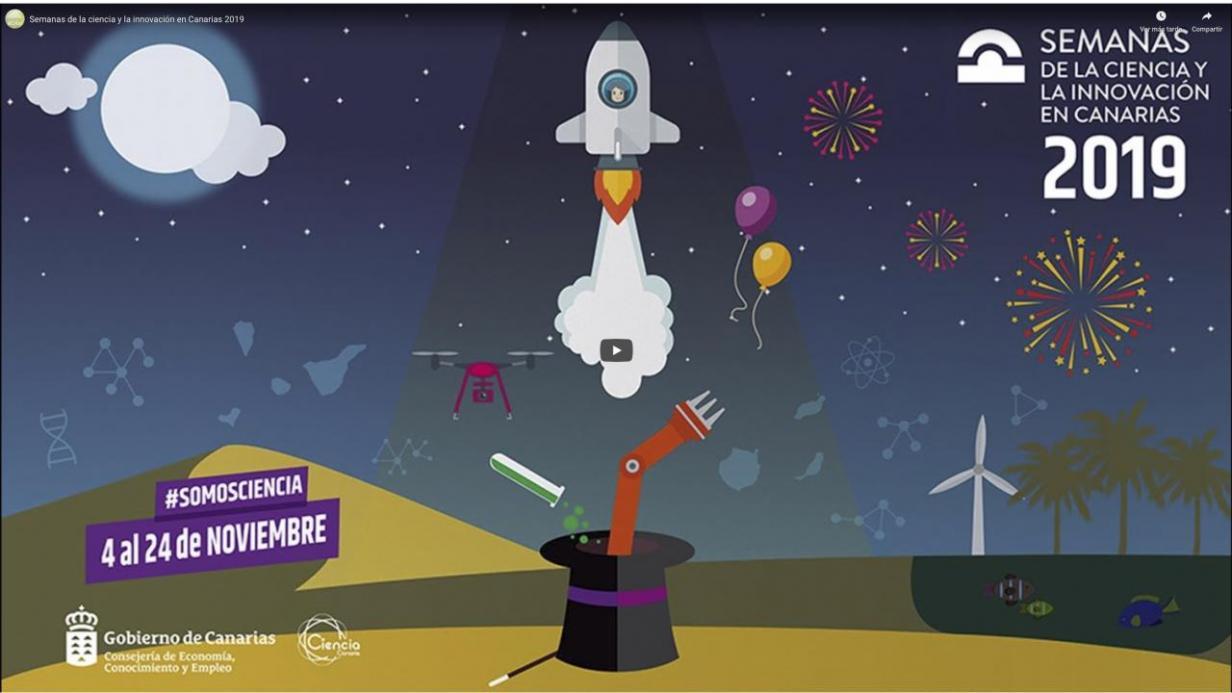