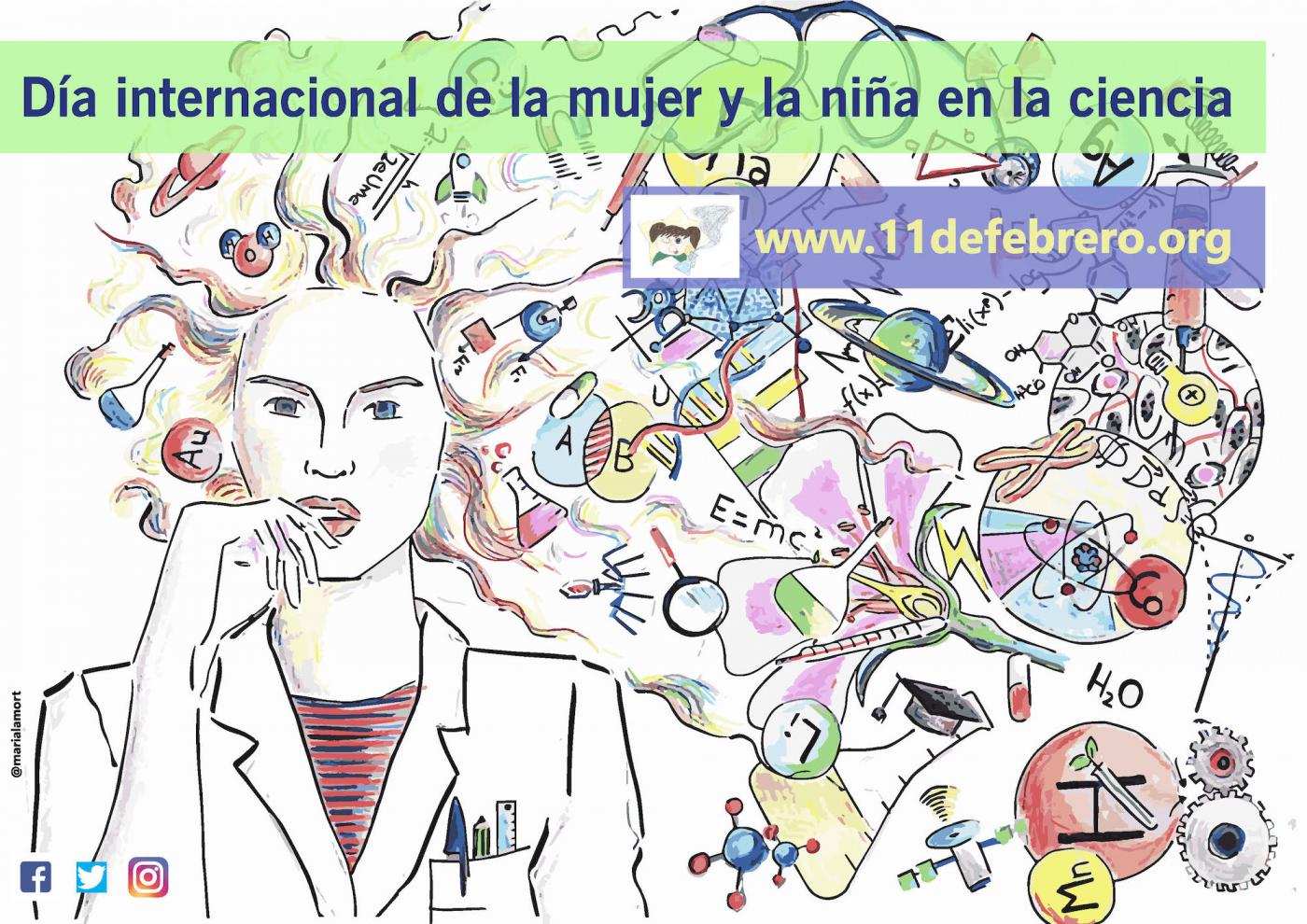 During the month of February, women researchers of the Instituto de Astrofísica de Canarias (IAC) will take part in lectures, workshops and debates to publicize the work of women in science, and to arouse interest in astronomy, physics, and technology in young girls. In addition the IAC plans to present a special number of the review “Paralajes” dedicated to “Women in Astronomy”, and a new video of the series “girls who broke a glass roof while observing the sky”, both of these initiatives in collaboration with the Spanish fund for Science and Technology (FECYT) of the Minsitry of Economy, Industry and Competitivity, which are elements of the project “The return of Henrietta Leavitt, From school to a scientific career via the theatre”. In this context there will be continuous activity in the project “With H for Henrietta: Talks of students in school centres” in which there is also collaboration from the Violet Strategic Framework (METV for its initials in Spanish) of the Cabildo of Tenerife, in which girl students in schools spend time with women astrophysicists and engineers of the IAC, and afterwards give talks about what they have learned to their classmates.

More info.: The IAC and February 11th, International Day of Women and Girls in Science 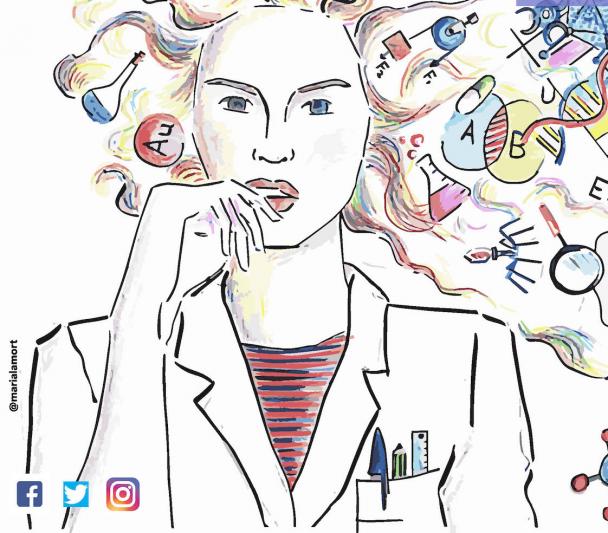 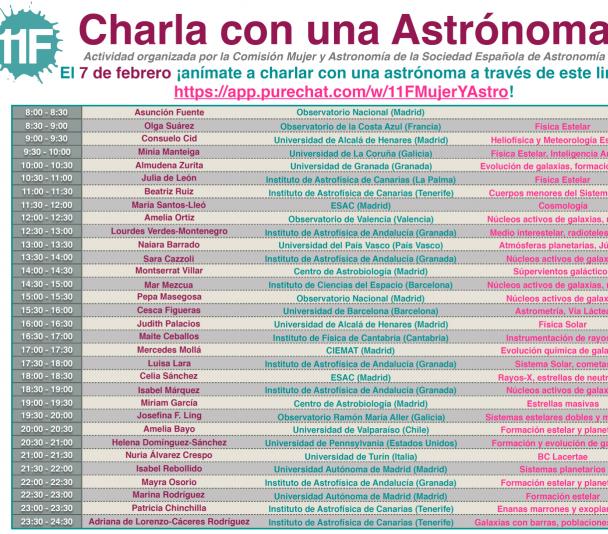 Poster of the activity "Chat with a woman astronomer" organized by the Spanish Astronomy Society. 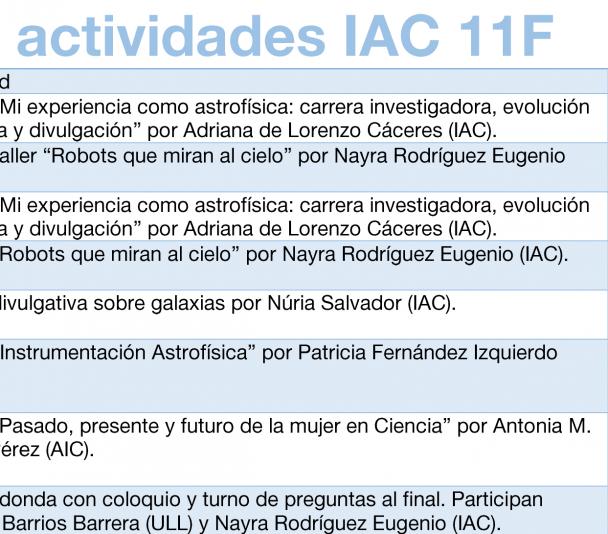 Calendar of activities in educational centres in which astronomers from the IAC will participate.
Astrophysics
Outreach
Gender Equality