Artist's impression of a star pulsating in one of its hemispheres due to the gravitational attraction of a companion star. Credit: Gabriel Pérez (SMM-IAC)
Advertised on
09/03/2020
Authors
SCIENCE COMMUNICATION AND OUTREACH UNIT
References
Article (Nature Astronomy): "Tidally Trapped Pulsations in a close binary star …
Headquarter
Roque de los Muchachos Observatory

An international team of astronomers, including researchers from the Instituto de Astrofísica de Canarias, finds for the first time an unusual star that oscillates on one side due to the gravitational attraction of another nearby star. The study, which is published in the journal Nature Astronomy, uses data from NASA's TESS satellite and has involved the collaboration of citizen scientists.

Stars that pulsate have been known in astronomy for a long time. The rhythmic pulsations of the stellar surface occur in young and in old stars, and can have long or short periods, a wide range of strengths, and different causes. There is however one thing that all these stars had thus far in common: the oscillations were always visible on all sides of the star.

Now an international team, including researchers from the Instituto de Astrofísica de Canarias (IAC), has for the first time discovered a star that oscillates largely over one hemisphere only. The star is located in a binary star system with an orbital period of less than two days; its close companion distorts the star with its gravitational pull trapping the pulsations on one side, giving it an ovoid or tear-drop shape.

The idea that stars whose pulsations are affected by a close companion must exist was theoretically predicted already in the 1940s. Also, the notion that the pulsation axis of a star can be moved through tidal forces, was conjectured for over 30 years. The proof via observational data was, however, missing until now. "Since the 1980s, we've believed that systems like this could exist, but it is only now that we have finally found one!" says Don Kurtz, researcher at the University of Central Lancashire (UK) and co-author of the study.

Gerald Handler, researcher at the Nicolas Copernicus Astronomical Center (Poland) and lead author of the paper, explains: "The exquisite data from the TESS satellite meant that we could observe variations in brightness due to both the gravitational distortion of the star as well as the pulsations". To their surprise the team observed that the strength of the pulsations depended very strongly on when the star was observed, and that they varied with exactly the same period as the orbit of the binary.

"As the binary stars orbit each other" adds David Jones, researcher at the IAC and co-author of the study, "we see different parts of the pulsating star. Sometimes we see the side that points towards the companion star, and sometimes we see the outer face".  This is how the astronomers could be certain that the pulsations were only found on one side of the star, with the tiny fluctuations in brightness always appearing in their observations when the same hemisphere of the star was pointed towards the telescope.

The initial discovery of the unusual behaviour of the star was actually made by citizen scientists. These amateur astronomy sleuths painstakingly inspect the enormous amounts of data that TESS regularly supplies, and they alert Saul Rappaport, researcher at the Massachusetts Institute of Technology (USA) and co-author of the study, about this interesting phenomenon. "Beyond its pulsations, there doesn't seem to be anything special about this system, so we expect to find many more hidden in the TESS data!" says the astronomer. 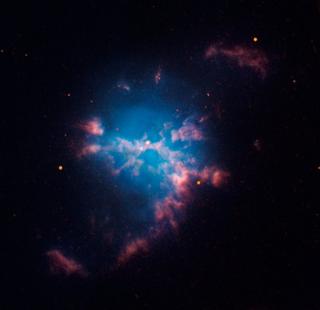 The newly discovered binary system has one of the shortest orbital periods ever seen inside a planetary nebula. The findings of the study, led by the IAC and published in MNRAS letters, reveal that the interaction between the two stars could quickly lead to a nova explosion, something which is not predicted by theories of binary evolution. 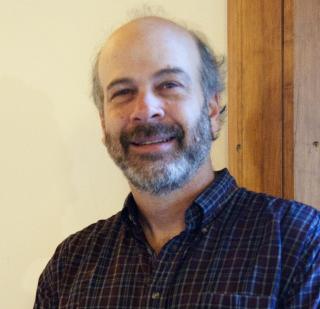 Interview
Steve Kawaler: “Some of the Asteroseismology early successes came through the work on pulsating white dwarfs in the 1970s through today”

Steve Kawaler investigates the life and death of stars by studying their oscillations by means of Asteroseismology. A foremost specialist in compact objects, such as white dwarfs, he is a past director of the international Whole Earth Telescope network, dedicated to the study of variable astronomical objects; he is currently a leader of one of the teams that are analyzing data from the Kepler mission. With Carl J. Hansen and Virginia Trimble, he coauthored the book ‘Stellar Interiors: Physical Principles, Structure, and Evolution’. President of Division V (Variable Stars) of the