An image of the región Cygnus-X close to the association Cygnus OB2. 2MASS J20395358+4222505 is the star framed above the cloud of ionised gas (in green in the image) and can be seen in the zoomed-in image. The red colour shows that the star must be heavily obscured by dust, because instrinsically the star must be blue, due to its high surface temperature (close to 24,000 degrees). Image by courtesy of the GALANTE project, obtained with the JAST/T80 telescope at the Javalambre Observatory (I.P. J. Maíz Apellániz)

An international team of astronomers, led by researchers from the Instituto de Astrofísica de Canarias (IAC) and the University of La Laguna (ULL), has found one of the most massive and luminous stars in our galaxy, behind a dense cloud of interstellar gas and dust. It is a supergiant, with a mass almost 50 times the mass of the Sun, with a radius almost 40 times the solar radius, and a luminosity approaching a million times that of our own star, and has been given the descriptor 2MASS J20395358+4222505. But its most disconcerting aspect for the researchers is a variation in its velocity of 60 km/s, surprisingly high for its dimensions. The object, which was already listed in a number of astronomical catalogues, could be observed with high precision thanks to the MEGARA spectrograph on the Gran Telescopio Canarias (GTC or Grantecan). The study is published today in the journal  Monthly Notices of the Royal Astronomical Society.

The star 2MASS J20395358+4222505 is one of the most luminous stars in our galaxy. It is situated near the centre of the nearest zone of massive star formation Cygnus-X, some 5,700 light years away from the earth. However J20395358+4222505 is a star which was virtually unknown. The reason is that it is situated behind dense clouds of gas and dust which reduce the amount of its visible light that reaches us by a factor of almost 10,000. This means that this star, instead of having a magnitude of 4, which would make it visible to the naked eye (the limit for stars visible with the naked eye is magnitude 6), it is catalogued in the visble at magnitude 14 (in astronomy the larger the number for the magnitude of a star, the fainter is the star).

Because of its peculiar characteristics J20395358+4222505 was observed during the commissioning of the multi-object spectrograph MEGARA after its installation on the Gran Telescopio Canarias (GTC or Grantecan), at the Roque de los Muchachos Observatory (Garafía, La Palma). The result has been a threefold revelation for the researchers.

Firstly, the star turned out to be a powerful blue supergiant, whose mass is 50 times that of the Sun, whose radius is almost 40 times solar, and whose luminosity is almost a million times that of the Sun. It is one of the most massive and luminous stars in the Milky Way. Secondly the star is in an uncommon phase of evolution, approaching the end of its life on the main sequence (where stars spend 90% of their lives) and on the point of undergoing major transformational changes. The researchers think that the star will probably go on to be a blue hypergiant, of which only a few are known in the Milky Way.

The third surprise, the most unexpected, is that the star appears to vary its speed dramatically. Two observations taken on consecutive days show a change in the velocity of the star of up to 60 km/sec. A velocity as high as that, in such a massive star, implies a huge gravitational attraction which forces it to move so quickly. The researchers offer two possible explanations: that there is a comparable star or a compact object (neutron star or black hole) which accompany the star in a binary system. However, the observations do not show any trace of a companion star, which reduces the options even further. If the star is very compact, its progenitor star must have been one of the most massive stars in our Galaxy.

“For the moment we have ascertained that it is a huge blue star hidden behind a wall of interstellar gas and dust, and astronomically speaking “in our own back yard””, explains Artemio Herrero, professor at the University of La Laguna (ULL) and researcher at the IAC who led the study. “New observations are needed to work out the true nature of J20395358+4222505, whose past history and future projection make it one of the most peculiar objects in the Galaxy” says Sara Rodríguez Berlanas, a researcher at the University of Alicante, who worked for her PhD at the IAC/ULL, and is a co-author of the article. Further observations should confirm the velocity changes and allow a possible orbit to be determined.

Armando Gil de Paz, an astrophysicist at the Complutense University of Madrid (UCM) and Principal Investigator (IP) of the MEGARA instrument comments that “this project shows that the detailed spectroscopic information made available by instruments such as MEGARA, together with major telescopes such as the GTC, are fundamental to unveil many of the mysteries hidden behind objects with trivial appearances such as J20395358+4222505”.

Other researchers from the IAC, and from a number of institutions which include ESO, the Centre for Astrobiology, (CAB), the University of Munich, the University of Innsbruck, the UCM, and the Fractal company have also participated in this work. The Gran Telescopio Canarias and the Observatories of the Instituto de Astrofísica de Canarias are part of the network of Singular Scientific and Technical Infrastructures (ICTS) of Spain. 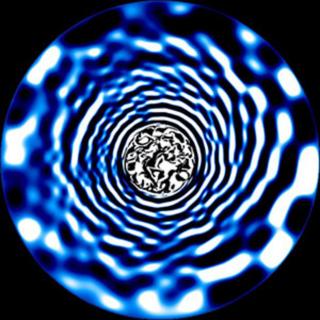 The Catholic University of Louvain, in collaboration with the Instituto de Astrofisica de Canarias and the University of La Laguna, leads the first Asteroseismological study of high mass stars, using NASA telescopes. 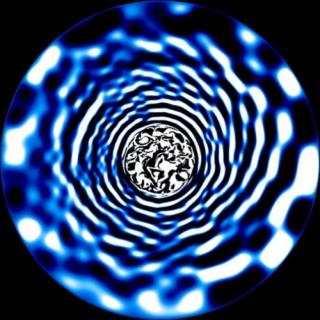 Almost all massive stars explode as supernovae and form a black hole or neutron star. The remnant mass and the impact of the chemical yield on subsequent star formation and galactic evolution strongly depend on the internal physics of the progenitor star, which is currently not well understood. The theoretical uncertainties of stellar interiors accumulate with stellar age, which is particularly pertinent for the blue supergiant phase. Stellar oscillations represent a unique method of probing stellar interiors, yet inference for blue supergiants is hampered by a dearth of observed pulsation