Every year the L’Oréal Foundation and Unesco recognize five importan women scientists from the five continents. This year, for its 25th edition, the International Prize for Rising Talents has been awarded, in Europe, to  Beatriz Villarroel, a researcher at the Nordic Institute for Theoretical Physics (NORDITA, a joint institute of the University of Stockholm and the KTH Royal Institute of Technology) and at the Instituto de Astrofísica de Canarias (IAC) for the project Vanishing & Appearing Sources during a Century of Observations (VASCO) which tries to identify astronomical objects which have disappeared from the present day sky by comparing data from different epochs. These objects could be members of classes which have been suggested only theoretically (such as failed supernovae), or couprocessesld be indicators of currently unknown astrophysical. They could also be associated with the advanced technology of an extraterrestrial civilization.

Beatriz Villarroel received the L’Oréal-Unesco Prize for Women in Science in 2021 in Sweden. Every two years, among the 275 prizewinners LOréal-UNESCO in each country selects 15 candidates for the international prize International Rising Talents. In their conclusions the jury noted Beatriz Villarroel as a recognized expert in the discovery of exotic objects which could throw new light on the mysteries of the Universe.

According to the organizers these prizes are based on the conviction that the world needs science, and that science needs women. In order to enhance their visibility, and give publicity to their scientific talent, and promote vocations among future generations, the programme al-Unesco For Women in Science aims to boost the careers of women scientists. The International Rising Talents prizes, which are worth 15,000 euros, are the result of a partnership between the Organization of the United Nations for Education, Science and Culture (UNESCO) and the French multinational cosmetics company L’Oréal. According to recent UNESCO data, the number of women pursuing scientific careers is increasing slightly, only one in three researchers is a woman worldwide. In the world of research, the glass ceiling persists: only 14% of senior academic positions in Europe are held by women and only 4% of Nobel prizes in science have been awarded to women.

Beatriz Villarroel is a researcher at Nordita, and has an international postoc from the Swedish Research Council specifically to work for most of the time at the IAC. She is the leader of the VASCO project, which incorporates more than 40 members in different countries. The project uses a variety of methodologies to acquire and analyze data. Among them is the Virtual Observatory, and a citizen science project.

Villarroel comments on the current state of the project “Now we have two very interesting articles sent off to journals with high impact factors, which are currently being refereed They have been written ion collaboration with Dr. Enrique Solano of hte Spanish Virtual Observatory, (https://svo.cab.inta-csic.es)  and with other members of the VASCO project.

For Beatriz Villarroel the most exciting aspect of her work are the ideas and the scientific discussion. “There is always something new to look for and to try, new ideas make me enthusiastic, and I cannot stop until I have satisfied my curiosity” “Also” she adds “Working with people as brilliant as my colleagues in VASCO is a genuine privilege” She also focuses on the citizen science project which they are developing. “We can inspire young people to get to know Astronomy, and to collaborate with us to look for the unknown. For this we work very closely with scientists and astronomical societies in Niger and Algeria”.

When asked “ What does it mean for you to win this prize?” Beatriz says “A great deal, it is a real honour. I have got to know some marvellous people thanks to the prize, and it is a great recognition for our project, and for our team. I hope that this recognition will inspire younger women to follow their dreams and to do the science that they really want to” 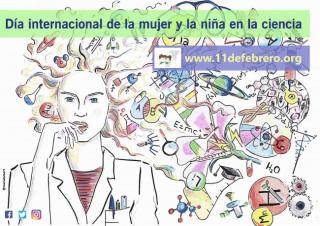 Press release
TALK WITH THEM: women in astronomy

The Instituto de Astrofísica de Canarias will join the celebration, on February 11th, of the International Day of Women and Girls in Science, with a street activity in La Laguna aimed at giving publicity to the work carried out by women astronomers and engineers at the Institute, and to encourage girls to take up scientific and technological careers. 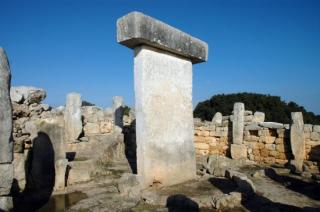