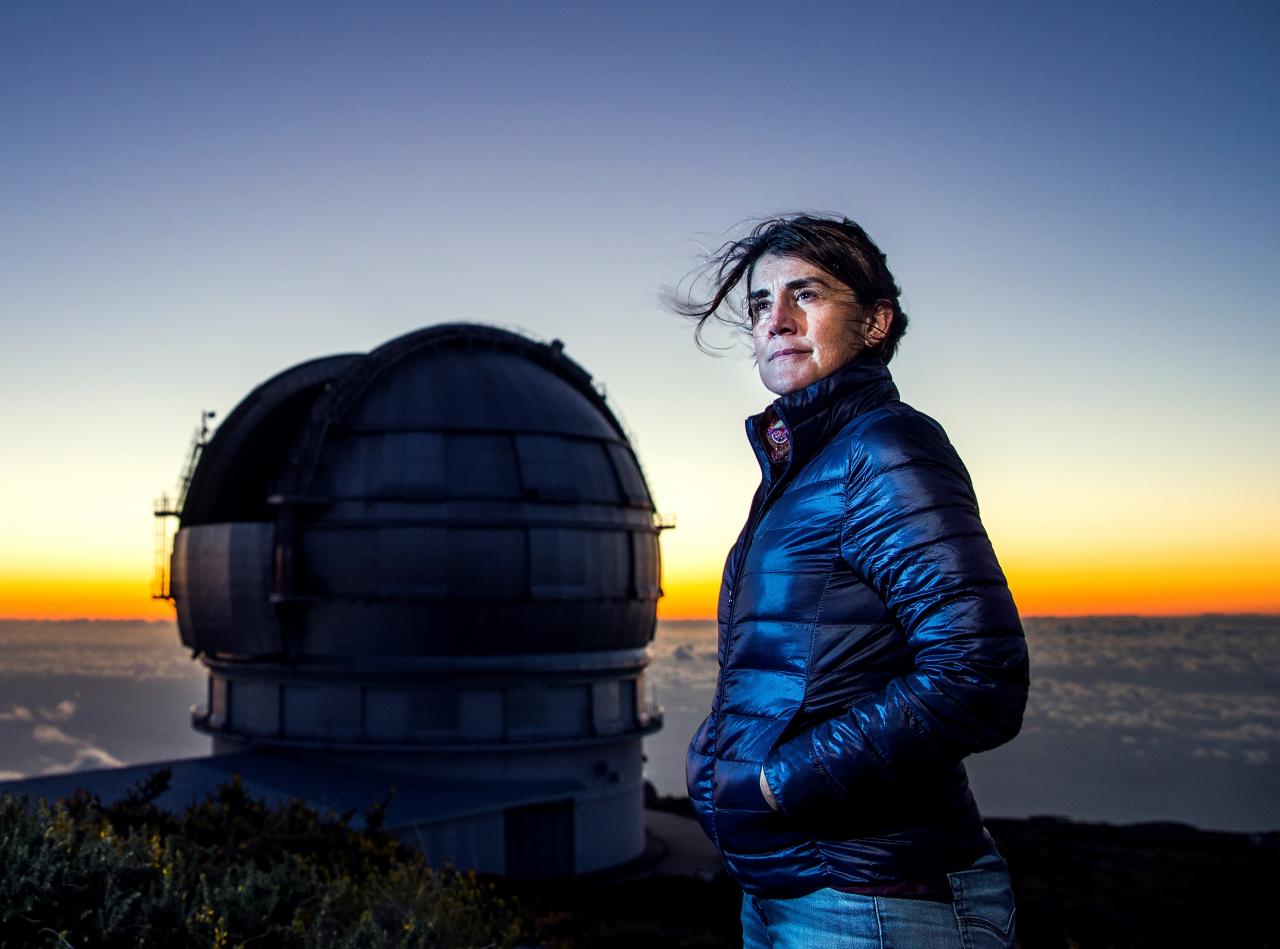 The Governing Council of the Instituto de Astrofísica de Canarias (IAC) has unanimously designated Dr. Casiana Muñoz-Tuñón Deputy Director of this research centre. Since she arrived in 1984 she has combined studies of galaxies and star formation with that of the characterization of the atmosphere for astronomical observations.

The new Deputy Director of the IAC has over thirty years of professional experience and runs a research group about star formation in galaxies in which several institutes in Spain are taking part. She was the initiator, together with her colleagues in Granada of the team who collaborate in the Estallidos project, funded from the start by the Ministry of Science Innovation and Universities, now over fifteen years ago, and in which over 50 researchers are involved.

In addition she leads the Group for Characterization of the Canary Island Observatories, since it was set up in the 90’s. In this part of her work she has designed instruments, brought forward and developed new techniques, and established agreements with similar groups in Observatories and Universities in other countries. She has also let international projects to characterize and compare observatories and she is a frequent participant in international committees on this subject.

The results of her work in these two areas:  the study of galaxies and their evolution, and the characterization of the atmosphere above the Observatories, have given rise to some 150 articles in international journals, the organization of numerous international conferences and her participation in many more, often as a member of the Scientific Committee of with review talks.

“As a result of my role in the organization and direction of these two areas -explains Muñoz-Tuñón- I have learned to work with all of the Departments of the IAC. In fact without the collaboration of all of them, from Research to Higher Education, as well as Instrumentation and Administration, it would not have been possible”.

Casiana Muñoz-Tuñón, who takes over the post from Dr. Carlos Martínez Roger, the first Deputy Director of the IAC since it was founded, assumes the functions of support to the Direction of the Institute, advising in its structural policies, and coordinating and promoting the diverse activities of the IAC of which she is in charge, as well as continuing to be a member of the Management Committee which she will preside in the absence of the Director.