"If the Sun did not have magnetic fields we would be investigating other problems of astrophysics," says Javier Trujillo Bueno, Research Professor of the CSIC at the IAC and one of the four Principal Investigators of CLASP-1 and CLASP-2. But the Sun has magnetic fields and to decipher their intensity and geometry in the outer solar atmosphere (chromosphere, transition region and corona) is one of the key problems of astrophysics. Among other reasons, because the magnetic fields are the cause of the explosive phenomena that occur in such outer regions of the solar atmosphere. The ejections of magnetized plasma that result from such events can seriously disrupt the Earth's magnetosphere and, therefore, have an unpleasant impact on our present digital world with satellites orbiting the Earth.

On the other hand, the Sun represents a unique physics laboratory in the Cosmos, because due to its relative closeness we can study in detail a multitude of physical phenomena and mechanisms that undoubtedly operate also in other astrophysical plasmas that are however too far away from us.

The magnetic fields of the plasma structures in the outer regions of the solar atmosphere are very elusive. They leave no trace in the intensity of the radiation emitted by the atoms. Fortunately, they do leave a signature of their presence in the polarization of the emitted electromagnetic radiation, a property related to the orientation of the vibration of the electro-magnetic field of the wave.

CLASP (Chromospheric LAyer Spectro-Polarimeter) is a pioneering international project conceived to measure for the first time the polarization of the solar ultraviolet radiation in the most intense spectral lines. Such ultraviolet radiation originates in the outermost layers of the solar chromosphere, very close to the base of the extremely hot solar corona. In such external regions of the solar chromosphere, the temperature of the plasma is already very high, so that the plasma emits mainly in the ultraviolet. Since the Earth's atmosphere absorbs the ultraviolet rays, it is necessary to observe them at altitudes above 100 kilometers from the Earth's surface. This can only be achieved with instruments such as CLASP (telescope and spectro-polarimeter) launched into space by suborbital rockets, or aboard space telescopes.

In 2015, CLASP-1 managed to observe for the first time the linear polarization signals of the most intense ultraviolet spectral line radiation produced by the hydrogen atoms of the solar chromosphere, which had been theoretically predicted by Javier Trujillo Bueno and his research group. The theoretical modeling of such unprecedented data has produced new breakthroughs in our ability to probe the magnetism and geometrical complexity of the chromosphere-corona transition region.

On April 11, 2019 CLASP-2 has measured for the first time the linear and circular polarization in the most intense ultraviolet spectral lines produced by ionized magnesium atoms in the solar chromosphere. In 2012, these polarization signals were predicted theoretically by Luca Belluzzi and Javier Trujillo Bueno, when both scientists worked together in the IAC.

CLASP-2, launched from White Sands Missile Range (New Mexico, USA), reached almost 300 km in height and, while moving in its parabolic trajectory, observed during 5 minutes an active region and a quiet region of the solar atmosphere. The quality of the images of the solar chromosphere, where the observed ultraviolet radiation originates, and of the obtained polarization spectra is excellent. The polarization of the radiation in the resonance lines of the ionized magnesium atoms is sensitive to the presence of magnetic fields in the solar chromosphere.

During the next months, the international team responsible of this novel scientific project will study in detail the data obtained by CLASP-2. Among the members of the team are also other scientists from the POLMAG* group of the IAC like Tanausú del Pino Alemán (IAC), Andrés Asensio Ramos (IAC), Luca Belluzzi (Istituto Ricerche Solari Locarno, IRSOL), Ernest Alsina Ballester (IRSOL) and Jiri Stepan (Academy of Sciences of the Czech Republic). This group of scientists have developed novel radiative transfer techniques to interpret spectropolarimetric observations, such as those obtained by CLASP-1 and CLASP-2.

"We hope that the theoretical modeling of the unprecedented spectropolarimetric observations obtained by CLASP-2 will allow us to improve our physical understanding of the enigmatic solar chromosphere," comments Javier Trujillo Bueno shortly before returning to Spain from the USA.

*This project has received funding from the European Research Council (ERC) under the European Union's Horizon 2020 research and innovation programme (grant agreement No 742265).

The Principal Investigators of the CLASP-2 project are:

Contact at the IAC: Javier Trujillo Bueno (jtb [at] iac.es)

Video of the CLASP-2 launch 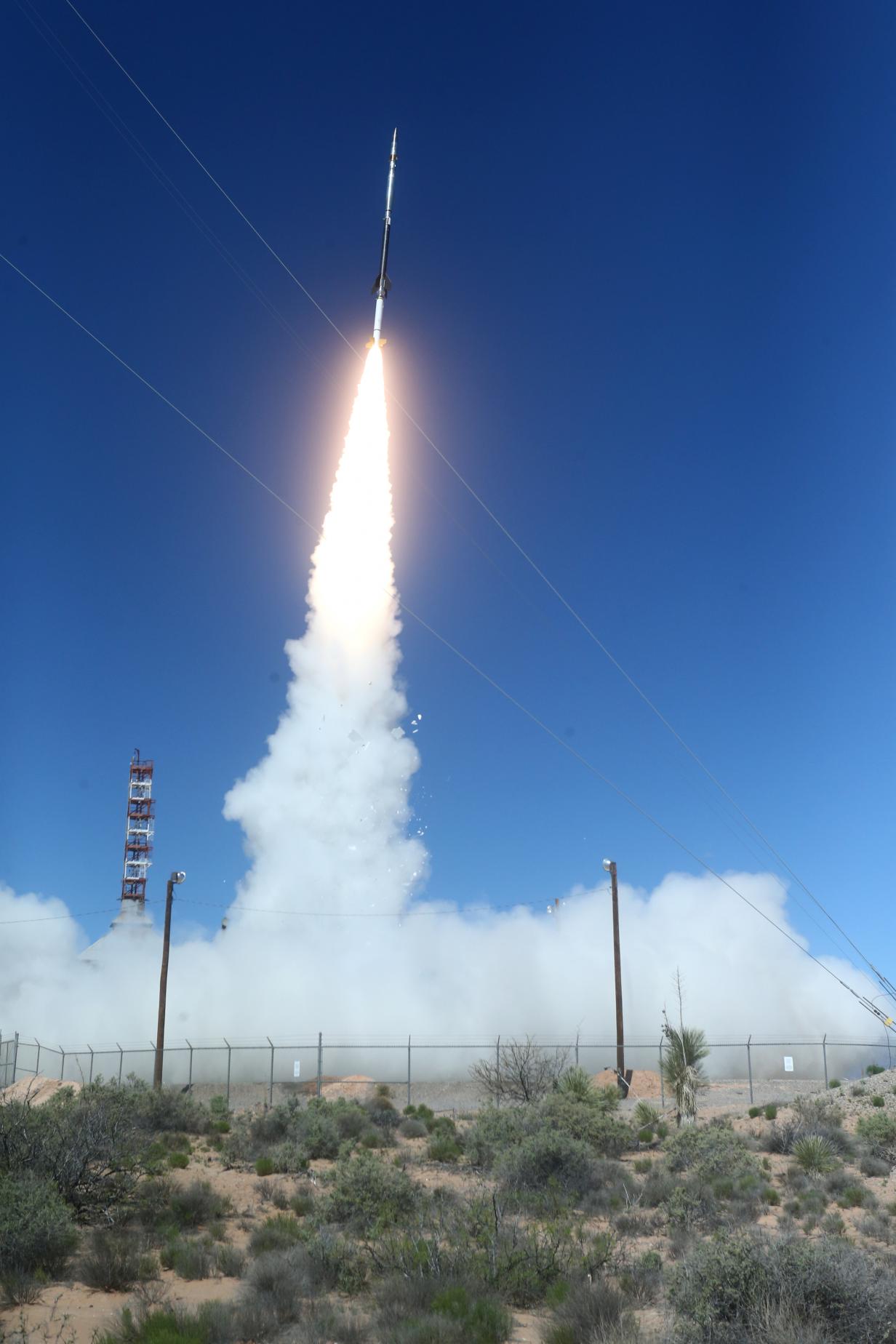