Diana Morant presides over the Governing Council of the IAC

The Minister of Science and Innovation presided, this morning, over the annual meeting of the Governing Council of the Instituto de Astrofísica de Canarias (IAC) in the IACTEC building in La Laguna. In a press conference she stressed the support of the Government for the people of La Palma, and recognized the technological and research activity of the Institute during the pandemic.

As well as the minster, other attendees at the meeting were Raquel Yotti Álvarez, Secretary General for Research, Elena Máñez Rodríguez, Coucillor of the Canary Government for Economy, Knowedge and Employment, Rosa María Aguilar Chinea, Rector of the University of La Laguna, Pedro Manuel Martín Domínguez, President of the Cabildo of Tenerife, Enrique Arriaga, Councillor of the Department of Roads, Mobility, Innovation and Culture of the Cabildo of Tenerife, and Anselmo Pestana Padrón, the Delegate of the Government in the Canaries. Participants via videoconference were Rosina López-Alonso Fandiño, Vice-president of Organization and Institutional Relations of the CSIC, and Mariano Hernández Zapata, President of the Cabildo of La Palma. From the IAC, the Director, Rafael Rebolo López was accompanied by Casiana Muñoz Tuñón, Deputy Director, and Jesús Burgos Martín, the administrator, who presented reports on the econcomic and fiscal situation, and on the personnel of the Institute as well as on the agreements and treaties signed.

It has been a very important meeting of the Council, for which we have been waiting many months” commented Rafael Rebolo, the Director of the IAC at the start of the press conference following the meeing of the Governing Council. He noted that one of the important points dealt with in the meeting had been “the debate on how we can maintain the impulse of major installations which we want to place in the Canary Observatories,” As well as explaining the challenge implied by building these infrastructures Rebolo said that he was satisfied with the approval of a strategic plan which guarantees the future of the Institute during the coming 4 years. After the meeting the Director of the IAC said that he felt “Strengthened and hopeful that we can tackle the challenges presented by those years”.

“There are many reasons why we want the volcano to stop. First for the people who have lost their homes,but also so that the Observatories can continue with their activity” said Elena Máñez as she started to speak. “Within the route map for Research, Development and Innovation (I+D+i) Canary Progress 2030, Astrophysics plays a key role because of its added value, For that reason the annual grant of 4,5 million euros from the autonomous community for the working of the IAC, to which one must add 6,5 million more within the call for grants for expressions of interest” explained the Councilor for Economy, Knowledge and Employment of the Government of the Canaries, before emphasizing “the importance of science for reactivating and diversifying the economy”. Through IACTEC, for example we are contributing to the development of talent and a productive and innovative tissue in the Archipelago by creating and attracting companies linked to the technologies of advanced optics,” said Máñez.

The Minister for Science and Innovation, Diana Morant concluded the press conference by reminding us that this was the first time that she has presided over the Governing Council because the eruption of the volcano on La Palma started on the date which had at first been fixed for the meeting. “We are in an emergency, but we must also guarantee the future of La Palma, and for the whole region” she said. During her speech Morante reported that “for the second successive year the Ministry of Science and Innovation has improved the budget destined for the IAC, which in 2022 will he 23,2 million euros, which strengthens the research of the Institute, and will allow it to increase its installations.” With this initiative the idea is to increase the presence of infrastructure and innovation and renew the commitment of the Government with the Canaries. “We are increasing research in the Canaries through this public organization” she said.

During the meeting of the Governing Council the Director of the IAC report don the activity of the Institute during 2020 and 2021, and on the future research projects of the IAC such as the Laboratories of Advanced Optics and the major telescopes which will be installed in the Canary Observatories in the next few years. Also the budget of the IAC for 2022 was approved, and other subjects were considered, such as the Royal Decree by which 2,5 millions of euros were approved to cover the expenses which until now and in the future the research centers will need for the attention and scientific work being carried out during the emergency caused by the volcano on La Palma. In the meeting there was also an analysis of the tools on which the Ministry is working together with the Canary Government such as the Complementary Plans. This is a programme based on 8 strategic lines of research which will allow collaboration between the autonomous communities and the Government of Spain. To be specific, the Government of the Canaries will participate in two of these plans. The first, concerning Energy and Renewable Hydrogen, has been approved and will mean an investment in the islands by the Ministry of Science and Innovation of 3.85 million euros and 2.15 million euros by the Canary Government. In addition it will participate in the Complementary Plan on Biodiversity, which will he launched during the first three months of 2022. 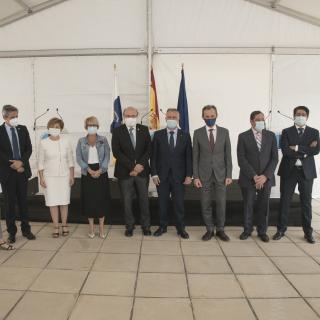 The Minister of Science and Innovation this morning presided over the annual meeting of the Governing Council of the Instituto de Astrofísica de Canarias (IAC) after the “official opening” of the installations of IACTEC in La Laguna, which are fully operational from today. In a press conference he stressed the programmes which will be carried out in the Area of Cooperation Business-Technology, among them the new Centre of Advanced Optical Systems (CSOA). He also reported on the current state of the negotiations regarding the Thirty Meter Telescope (TMT), of greatest international interest 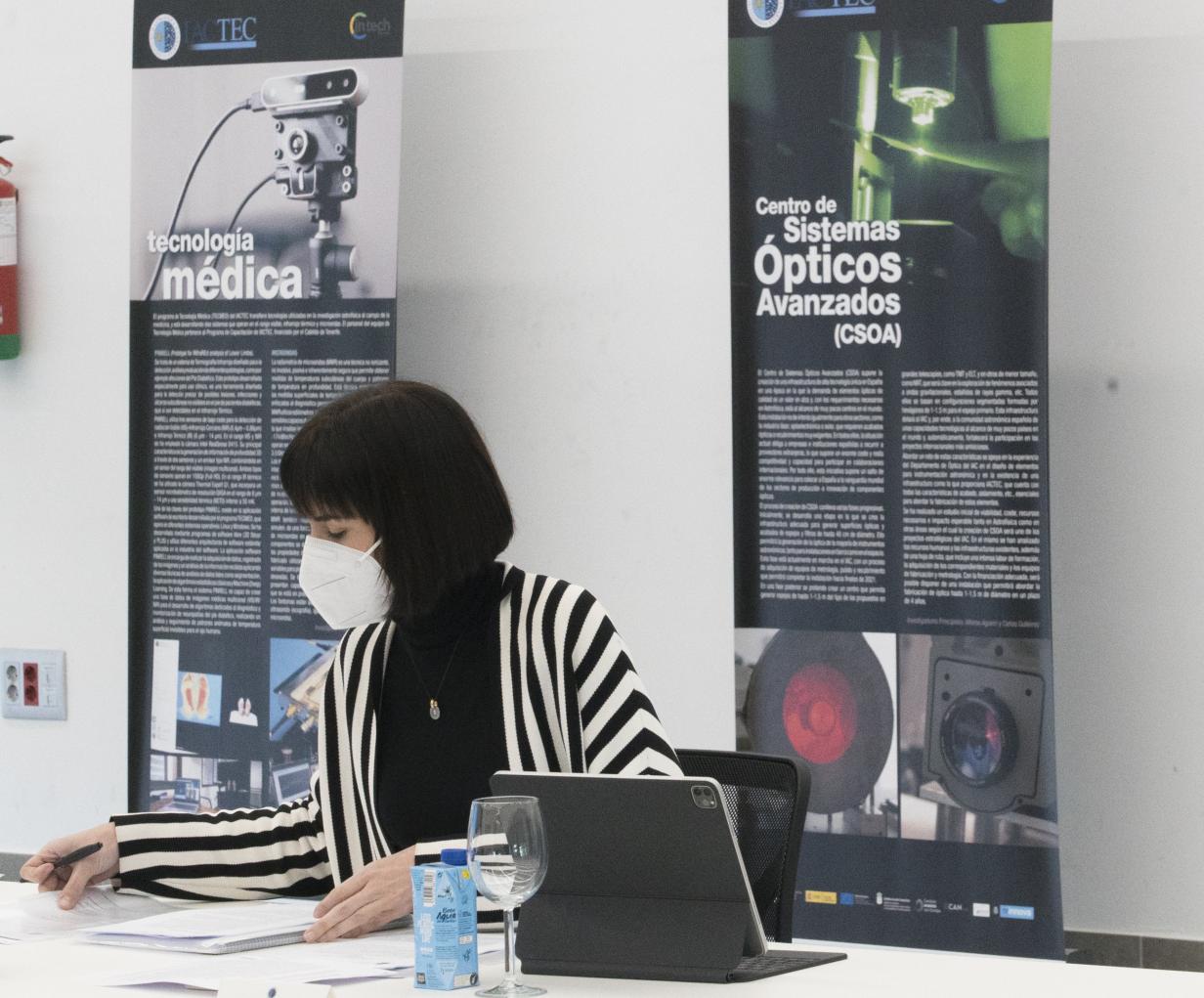