When the set of telescopes which make up the VLT was designed, one of its objectives was to be able ot use the four Unit Telescopes (UT) simultaneously as a single giant telescope with an equivalent diameter of 16m. This exceptional configuration has been used for the first light of the ESPRESSO spectrograph, and instrument designed to discover and characterize planets similar to Earth, and to look for variability in the fundamental constants of physics.

The experiments which will be carried out to look for the variability in these constants will gain most benefit from the enhanced light gathering power of the four units of the VLT, because for this project it is necessary to observe distant, faint quasars. In either case, both scientific aims depend on an extremely stable instrument, and an extremely stable reference source of light. “ESPRESSO, together wil the four telescopes of the VLT, will open a new horizon in astronomy, from the study of quasars in the very distant univers to the detection and characterization of exoplanets similar to the Earth” explains Rafael Rebolo, director of the IAC, and one of the codirectors of the project.

Because of its complexity until now the combination of the four UT in the mode utilized by EPRESSO had not been put in action. However during the construction space was left, and the subterranean structure was made in which ESPRESSO has now been placed, and which collects, from a distance of over 69 metres, all the light received  separately by each telescope, thanks to a system of mirrors, prisms, and lenses.

Sending the combined light to a single instrument is unprecedented in astronomy using high resolution spectrographs. “ESPRESSO will allow us to obtain spectroscopic measurements at high resolution with an accuracy and repeatability higherto unachievable, thanks to the use of a laser frequency comb” explains Jonay González Hernández, a Ramon and Cajal Fellow at the IAC and a member of the scientific team of the ESPRESSO project. 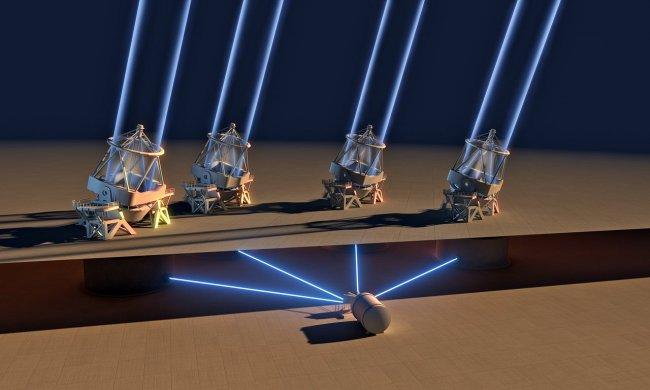