Next week, from 5th to 9th September, the XV Scientific Meeting of the Spanish Astronomical Society (SEA) will take place in La Laguna, ion collaboration with the Instituto de Astrofísica de Canarias (IAC). In this edition 500 professional astronomers will be present. As well as the scientific programme, from this Saturday and throughout the week, there will be lectures, observations, and other activities open to the general public.

This meeting, which is held every two years, was planned for 2020, but had to be substituted by a virtual meeting because of the pandemic. Now the professional astronomers of our country can really celebrate this established scientific event. 500 of them have already confirmed their attendance, and almost one third are pre-doctoral students. There will also be representation from Italy, the invited guest at this edition.

The XV Scientific Meeting of the SEA will be the perfect setting to explain the scientific and technological advances in astronomy in recent years, and Spanish participation in all of them. The range of topics is wide and varied: from images of the surroundings of supermassive black holes, and the results of the Gaia mission for observing our Galaxy to the expected results from the James Webb Space Telescope, (which is already sending us spectacular images), the results from the Solar Orbiter Mission, and the instrumentation of the Mars “rovers”, and the large scale discovery of exoplanets, to name only a fraction. There will also be a celebration of the 60th anniversary of the European Southern Observatory, of which Spain has been a member since 2006.

The inauguratin of the XV Scientific Meeting of the SEA will take place on Mondah 5th September at 09:30. Among those attending will be Benjamin Montesinos, the president of the SEA, Rosa María Aguilar Chinea, the Rector of the University of La Laguna (ULL), Rafael Rebolo López, Director of the IAC, José Juan Gavilán Barreto, Councillor of Education, Youth, Local Development and OMIC of the City council of San Cristobal de La Laguna, Carlos Andrés Navarro Martínez, Director of the Canary Agency for Research, Innovation, and the Information Society, and Pedro Manuel Martín Domínguez, President of the Cabildo of Tenerife.

Activities open to the public

As well as the intense scientific programme which will be held throughout the week, the XV Scientific Meeting of the SEA will provide complementary outreach activities open to the public. These activities have been organised by the IAC's Scientific Communication and Culture Unit (UC3) and will involve the participation of some of its members and collaborators. On Saturday 3rd September there will be activities for people to learn about the Sun, in the Plaza de la Concepción in La Laguna. From 11:00h to 13:00h there will be opportunities to observe the sun with telescopes, astronomical workshops about the Sun, and a lectura by Antonio Eff-Darwich Peña, a solar physicist, and academic director of the Unit of Scientific Culture and Innovation of the ULL.

On Wednesday 7th September at 20:00h there will be a talk about the James Webb Space Telescope (JWST) by Almudena Alonso Herrero, a researcher at the Astrobiology Centre (CAB, CsiC-INTA) an expert in the study of active galaxies, and a member of the European Consosrtium for the MIRI instrument on the JWST. She is also involved in one of the scientific projects which has been awarded guaranteed time on this telescope. The lectura will take place in the IACTEC building in the Scientific and Technological Park of Las Mantecas. Afterwards there will be night time observation, from 21:00 to 23:00 in the public square in the park.

Website of the XV Scientific Meeting of the SEA 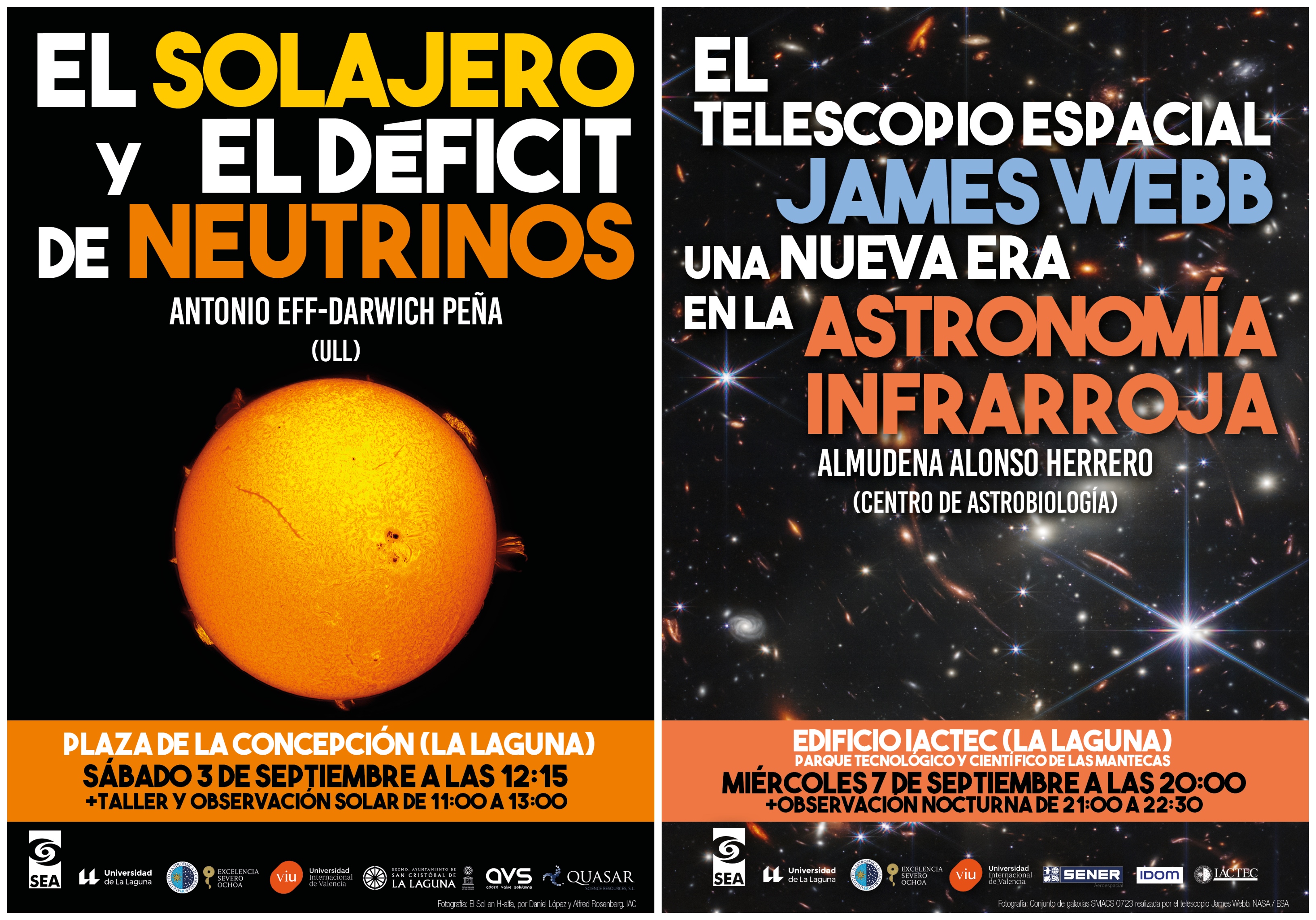 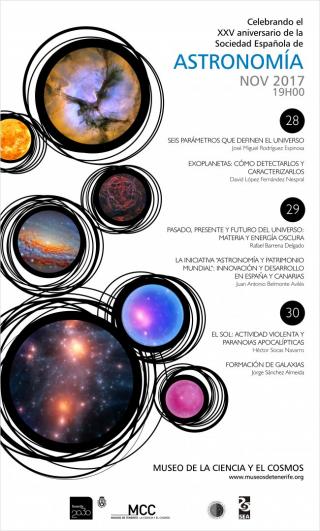 The Spanish Astronomical Society (SEA) organises its XV Scientific Meeting in La Laguna University from September 5 to September 9, 2022. The meeting wil be in-person, though virtual attendance will