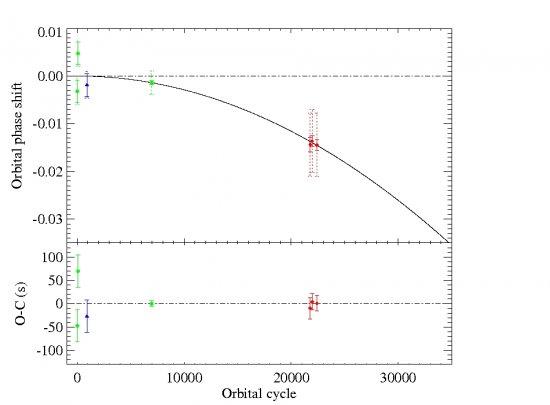 We report the detection of an orbital period decay of (dP/dt)= -1.83+-0.66 ms yr–1  in the black hole X-ray binary XTE J1118+480. This corresponds to a period change of –0.85 ± 0.30 μs per orbital cycle, which is ~150 times larger than expected from the emission of gravitational waves. These observations cannot be reproduced by conventional models of magnetic braking even when including significant mass loss from the system. The spiral-in of the star is either driven by magnetic braking under extremely high magnetic fields in the secondary star or by a currently unknown process, which will have an impact on the evolution and lifetime of black hole X-ray binaries.