First light of ESPRESSO: a new generation of hunters for Earth-like planets

Since, in 1995 the first exoplanet was discovered orbiting a star similar to the Sun (51 Pegasi b) we have found thousands of exoplanets thanks to the evolution and improvement of observational technology. The ESPRESSO instrument, installed at a focus which can be reached from any of the four 8.2m telescopes of ESO’s VLT, at the Paranal Observatory in northern Chile, is one of a new generation of planet seekers, and it is foreen that, thanks to its technical parameters, is will be able to combine the light from the four VLT telescopes and attain the light gathering power of a 16m telescope. While its predecesor, HARPS, can obtain an accuracy of one metre per second in its velocity measurements, ESPRESSO aims at precisions of a few centimetres per second.

The Principal Investigator of ESPRESSO, Francesco Pepe, a Professor at the University of Geneva (Switzerland) assures us that this instrument is not a simple evolution of its predecessors, but its higher resolution and precisión puts it at a higher level for the detection of exoplanets. “ESPRESSO will be unbeatable for at least a decade” states Francesco Pepe. “The instrument -says Rafael Rebolo, Research Professor of the CSIC in the IAC, and one of the co-Investigators of the project- has needed a major engineering effort by the IAC, which has gone into the development of several key components of the spectrograph. The first trials have been successful, and we are confident that we will detect Earth-like planets around stars very close to the Sun, which is where the major part of future searches will be directed, but these will not be confined only to nearby stars.

During the trial observations with the instrument, stars and planetary systems already analyzed with HARPS  were observed, showing that ESPRESSO can obtain data of similar quality in much shorter observing time. “Thanks to this unprecedented accuracy, ESPRESSO will allow us to explore a new domain of Earth-like planets in the habitability zones of stars similar to the Su, which up to now have not be observable” affirms Jonay González Hernández, a Ramón y Cajal researcher at the IAC, and a member of the science team of the ESPRESSO project.

Although its main aim is to take planet seeking to a higher level, and to characterize planets of lower mass, and their atmospheres, it will have many other applications, because it can also test whether the physical constants have varied wince the Universe was young.

At the same time as the tests of ESPRESSO, but independently, researchers at the IAC have just published the discovery of a new planetary system with two “super-Earths” in orbita round the star HD 176986. This new system comprises at least two planets, with 5.7 and 9.2 times the mass of the Earth, at distances of 0.06 and 0.12 astronomical units from their star (an astronomical unit is the mean distance from the Sun to the Earth).

“This is the first result of RoPeS, and IAC project dedicated to look for rocky planets around solar type stars. The search for additional low mass planets in this type of planetary systems will require a qualitative improvement in the measurements, such as that expected from ESPRESSO” states Alejandro Suárez Mascareño, now at the Astronomical Observatory of the University of Geneva, who is author of the study, together with researchers of the IAC, Jonay González Hernández, Rafael Rebolo, Sergio Velasco, and Borja Toledo Padrón. This discovery was made by combining measurements with the HARPS and HARPS-N spectrographs, on the 3.6m telescope of ESO, Chile, and the Telescopio Nazionale Galileo at the Roque de los Muchachos Observatory (Garafía, La Palma), respectively. This study, in which researchers from a number of countries have participated, has been accepted for publication in the journal Astronomy & Astrophysics. 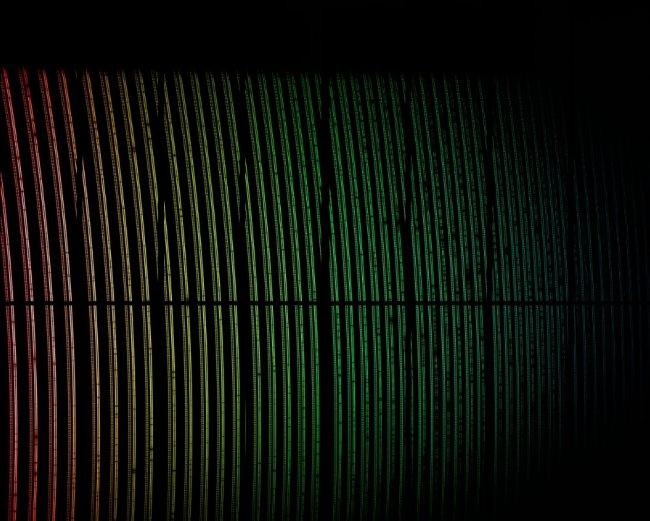