First light for MEGARA on the Gran Telescopio CANARIAS

The new instrument MEGARA, installed last March on the Gran Telescopio CANARIAS (GTC), at the Observatorio del Roque de los Muchachos (Garafía, La Palma), last night made its first observation after the necessary period of setting up and testing.

They were able to obtain high quality data of some key objects such as the galaxy first explored by the Complutense university, known as UCM2325+2318, as well as the galaxies Haro 44 and NGC 77469. In the false colour image of the galaxy UCM2325+2318 the emission from the nitrogen and the hydrogen in the warm (10,000 degree) gas are shown respectively in green and red. In blue we see the emission from the stars, taken from an image with the Hubble Space Telescope.

MEGARA (Multi-spectrograph on the GTC at high resolution for astronomy, using its Spanish initials) is aimed at the study of individual stars and the gas surrounding them beyond the Milky Way. It will be able to analyze the movements of stars and gas in the first galaxies, when they emitted their light over 10,000 million years ago. To do this it uses the most advanced fiber optics technology and dispersing elements, called holographic gratings.

This spectrograph, built by a consortium of Spanish and international institutions led by the Complutense University of Madrid, will enable astronomers to tackle problems which have not been possible until now, thanks to its ability to obtain detailed information about the energy in light over extended areas of sky known as 3D spectroscopy.

At the ceremony of presentation of the instrument, there were speeches by the Rector of the Computense University of Madrid (UCM), Carlos Andradas, the Principal Investigator of MEGARA, Armando Gil de Paz, the director of the GTC, Romano Corradi, and the director of the Instituto de Astrofísica de Canarias (IAC), Rafael Rebolo, together with the Mayor of the town council of Garafía, Martín Taño, who attended the ceremony accompanied by Glemis Rodríguez, the Councilor for Culture of Garafía.

Also present were Vicerectors of the UCM Ignacio Lizasoiain and Mercedes Gómez, the MEGARA project manager Marisa García Vargas, the UCM representative on the project Jesús Gallego and representatives of the institutions involved in the construction of the instrument: Isabel Márquez, of the Instituto de Astrofísica de Andalucía (IAA) and Divaakara Mayya and Rafael Izazaga of the National Institute of Astrophysics, Optics, and Electronics (INAOE) Mexico. 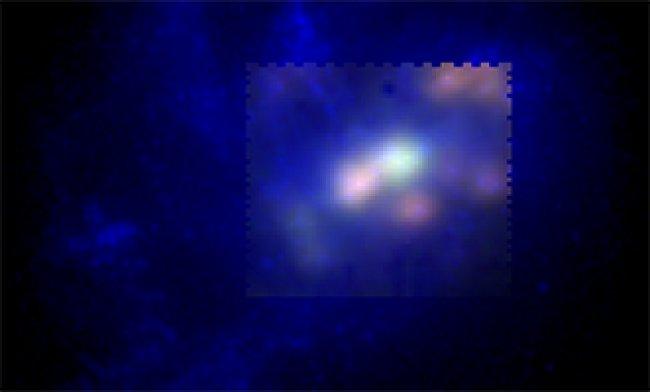