<em>Gaia</em>, brown dwarfs, and exoplanets, outstanding topics of the second day of EWASS 2015 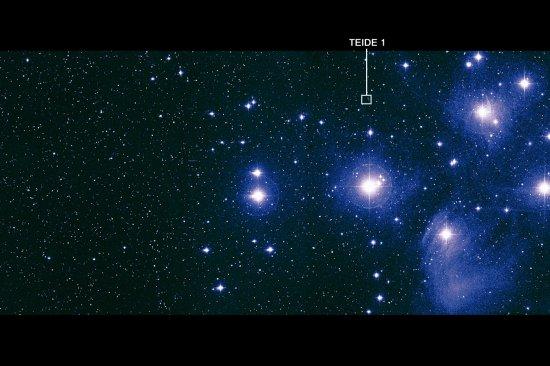 The European Week of Astronomy and Space Science EWASS 2015 which is being celebrated during this week on the Guajara Campus of the University of La Laguna (Tenerife) includes 40 parallel sessions in which the lates advances in astronomy are presented. During today’s programme, among the themes are news about the Gaia mission of the European Space Agency, and two plenary sessions to celeb rate the 20th anniversary of the discovery of the first brown dwarf, and the discovery o f the first exoplanet.

The Gaia satellite has covered the whole sky

One of the symposia of EWASS 2015 is devoted to the latest news about Gaia, the mission of the European Space Agency (ESA) which since December 2013 has been gathering information from its orbit, one and a half million kilometres from the Earth, to make a map of the positions and motions of more than a thousand million stars in our Galaxy.

After an initial phase in which adjustments were made, Gaia started to observe stars and other objects in the Milky Way at the end of July 2014. Since then it has covered the whole sky, and has made 20 thousand million observations, with a total of 180 thousand million individual images. On average it makes around two million observations per hour. Gaia has also recorded 40 thousand million low resolution spectra, and one and a half million spectra at high resolution. In total it has taken 44 terabytes of raw data, much more than all the data on the Milky Way previously taken from the ground.

Furthermore, each time that Gaia detects a phenomenon which merits immediate follow-up observations from the ground, such as a supernova, whose outburst lasts for only a few weeks, it sends out an alert to the astronomical community. The first of these alerts was sent out in September 2014, and since then the number has risen to 247. The first publication of scientific data is planned for summer 2016, and will include the positions and magnitudes of all the objects detected.

20 years since the discovery of the first brown dwarfs

The brown dwarfs are a kind of “missing link” between stars and planets. They are objects which look like stars, but do not have sufficient mass to produce significant nuclear reactions in their interiors. The first of these objects was discovered in 1995 at the Institute of Astrophysics of the Canaries (IAC) and was given the name Teide-1.

So in 2015 it is 20 years since its discovery and today at EWASS 2015 María Rosa Zapatero Osorio the co-discoverer when she was at the IAC, and who now works at the Centre for Astrobiology (CSIC-INTA), gave a highlight talk about the subject.

Nowadays the study of brown dwarfs draws the attention of astronomers because, among other reasons, they are candidates to harbour rocky planets which could be situated in their “inhabitability zones” that is to say they may have liquid water on their surfaces.

20 years since the discovery of the first exoplanet

In 2015 it is also 20 years since the discovery of the first exoplanet orbiting round a normal star. One of its discoverers, Michel Mayor, of the Geneva Observatory, was present today at EWASS 2015 to receive the Tycho Brahe prize in recognition of his scientific career, and of this major scientific achievement.

EWASS 2015 (European Week of Astronomy and Space Science) is the largest annual conference on astronomy within Europe. It is being celebrated on the Guajara Campus of the University of La Laguna (Tenerife) from 22nd to 26th June. EWASS 2015 is coordinated locally by the Institute of Astrophysics of the Canaries (IAC) and organized by the European Astronomical Society (EAS) in collaboration with the Spanish Astronomical Society (SEA), the IAC, and the ULL.