ISON: Are you still alive? 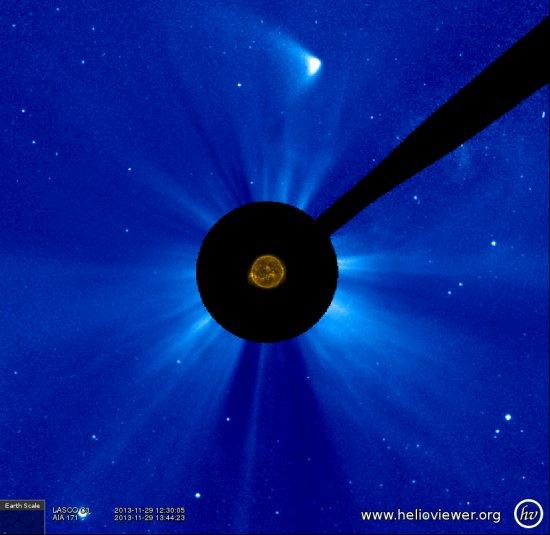 ISON: Are you there?

What remains of a comet post-perihelion?

Earth based observations can tell us whether it still has its nucleus.

ISON could be 'alive'. It is difficult to determine its current condition, so we do not know whether it is now just a tail or whether anything remains of its nucleus. The only images available are from solar space telescopes (particularly SOHO, see photograph), and they are at insufficient resolution to show the bright condensation at its centre where the nucleus of a comet normally resides. The data available confirms that ISON is alive but tells us nothing about its condition.

The only telescope at the Teide Observatory capable of tracking ISON when it was close to perihelion was the THEMIS Solar Telescope (INSU-CNRS, France).