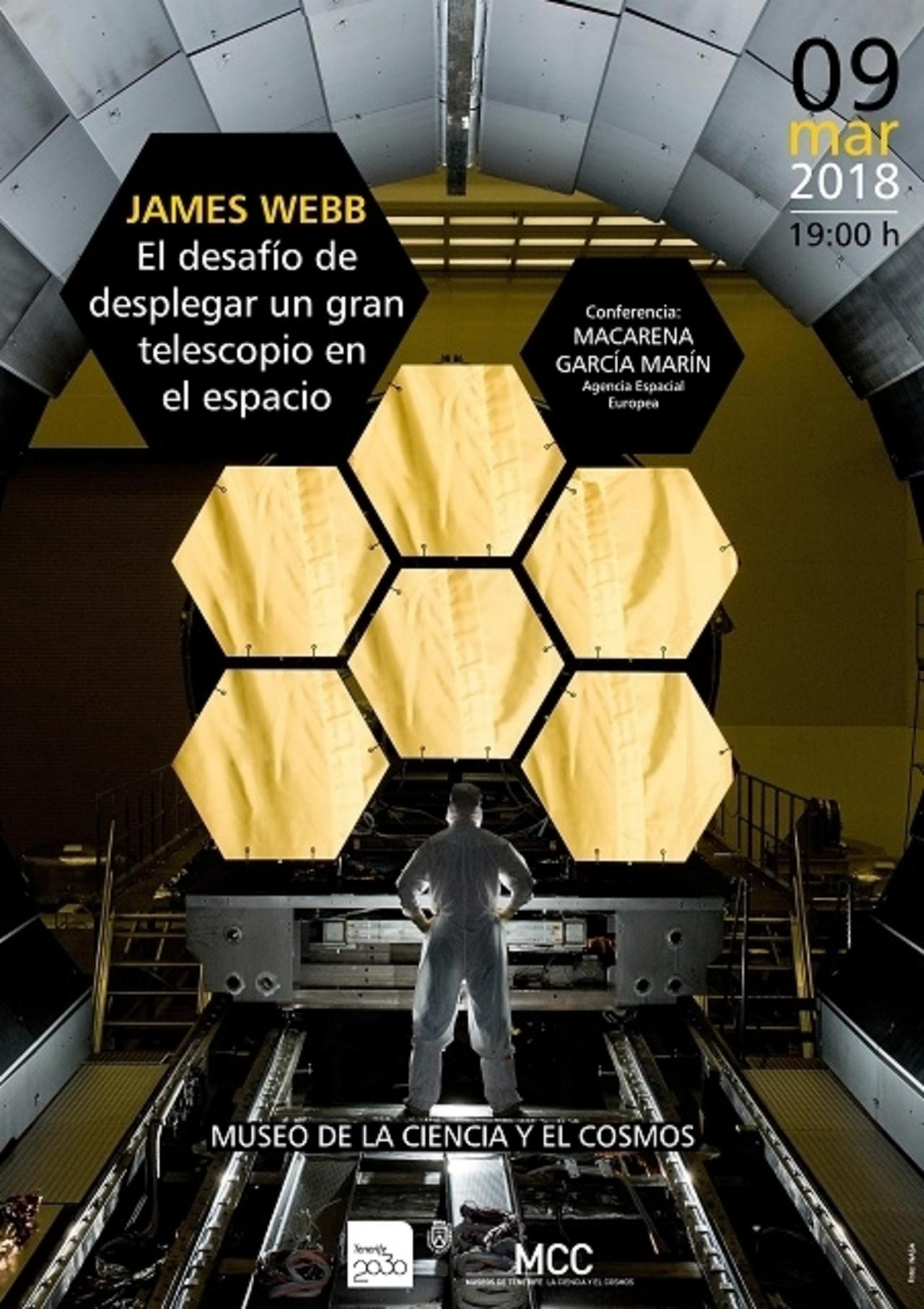 The talk “James Webb. El desafío de desplegar un gran telescopio en el espacio” will take place on Friday 9th November at 7.00 p.m, at the Museo de la Ciencia y el Cosmos (Museos de Tenerife). The responsible for presenting the challenges of the design and launch will be Macarena García Marín, graduated in Physics by the Universidad de La Laguna and PhD by the Universidad Autónoma de Madrid. For 10 years, she has participated in the development, testing and design of the infrared instrument for this space observatory: MIRI. Currently, she is a member of the scientific and operations team for the James Webb Space Telescope (JWST) of the European Space Agency (ESA).

The space telescope, considered Hubble’s successor, will have a primary mirror of 6.5 m of diameter and will collect data on the infrared range. During her talk, García Marín will reveal the difficulties arising from putting into orbit a telescope of such dimensions. Its solar shield alone, when unfolded, has the size of a tennis course. During the lecture, she will describe the advantages the JWST will bring, the differences with respect to its precursor and the details of its tricky launch. In her own words “we have never sent a telescope so big and with such an advanced technology into space”.

Back in 1996, ESA, NASA and the Canadian Space Agency started collaborating on the project of a new space telescope. García Marín points out that at large scales “it will allow us to understand how the first stars and galaxies formed, and how they evolved from their ‘childhood’ to their current state”. In local environments, “it will study the birth of stars and protoplanetary systems, as well as analyse the composition of exoplanets’ atmospheres”.

Macarena García Marín’s lecture will be the prelude of the Workshop on the JWST, hosted at the IAC headquarters during the 12th and 13th March. The purpose of this meeting is to help the scientific groups preparing the observation proposals for the JWST, with practical sessions in which they will learn technical tools to plan the observational programs.