New source of lithium production found in the Universe

Artistic impression of a binary millisecond pulsar. The companion star is impacted by gamma rays and relativistic particle fluxes emerging from the pulsar, fragmenting the carbon, nitrogen and oxygen nuclei in its atmosphere and generating new lithium. Credit: Gabriel Pérez Díaz (IAC)

A team of researchers from the Instituto de Astrofísica de Canarias (IAC), the University of Manchester and the Norwegian University of Science and Technology have detected an anomalously high lithium abundance in the atmosphere of the companion star of a binary millisecond pulsar. The lithium abundance is higher compared to stars with the same effective temperature and high-metallicity stars and so the study provides unambiguous evidence for fresh lithium production.

Lithium is a fragile element and in stars similar to the Sun it is gradually destroyed in the interiors via low-temperature nuclear burning. However, the abundance of lithium in young stars of high metallicity (Population I) is higher than the value produced in the Big Bang Nucleosynthesis, when certain light elements, including lithium, were formed, which means that there are stars and mechanisms that produce and eject lithium into interstellar medium.

X-ray binaries are systems that emit intense X-ray radiation and consist of a compact object, usually a black hole or neutron star, and a companion star. The compact object feeds on material that it takes from the companion star, a process known as accretion. The conditions around compact objects are ideal for lithium production through spallation of carbon-nitrogen-oxygen (CNO) nuclei by neutrons in the inner accretion flow or on the companion star's surface. Although the observed lithium abundance in X-ray binaries is relatively high, it is not in excess of the Cosmic value or young Population I stars.

Lithium in a binary millisecond pulsar

Now, a team led by IAC researchers has found a surprising overabundance of lithium in a millisecond binary pulsar, a type of binary system consisting of a low-mass companion star and a neutron star or pulsar with a rotation period of a few milliseconds.

In this system, the team has found a metal-rich companion star with abundances of chemical elements very different from the elemental abundances observed in companion stars in X-ray binaries and in stars in the solar neighbourhood. "In fact, we have surprisingly detected a higher amount of lithium than observed in stars with the same effective temperature, Population I stars and X-ray binaries," explains Tariq Shahbaz, IAC researcher and first author of the study.

According to the study, the pulsed gamma-ray emission that occurs in most millisecond binary pulsars involves a copious production of particles, some of which end up as part of the magnetised wind that emerges from the pulsar at high speed. "The impact of gamma rays and relativistic particle flow with the atmosphere of the companion star fragments the carbon, nitrogen and oxygen nuclei present and generates new lithium, which leads to an enhanced abundance of this chemical element," says Jonay González Hernández, researcher at the IAC and co-author of the study.

"Spallation via gamma-rays or protons can lead to substantial lithium enrichment in the secondary star's atmosphere and so binary millisecond pulsars could provide sites for fresh lithium production," comments  Daniel Mata Sánchez, researcher at the IAC and co-author of the study. 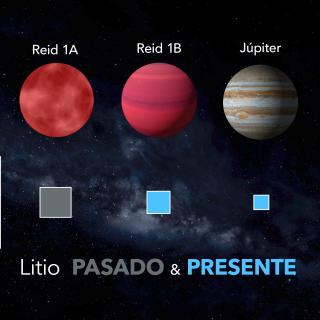 A team of researchers at the Instituto de Astrofísica de Canarias (IAC) and the Instituto Nacional de Astrofísica, Óptica y Electrónica (INAOE), Mexico, has discovered lithium in the oldest and coldest brown dwarf where the presence of this valuable element has been confirmed so far. This substellar object, called Reid 1B, preserves intact the earliest known lithium deposit in our cosmic neighbourhood, dating back to a time before the formation of the binary system to which it belongs. The discovery was made using the OSIRIS spectrograph on the Gran Telescopio Canarias (GTC), at the Roque de 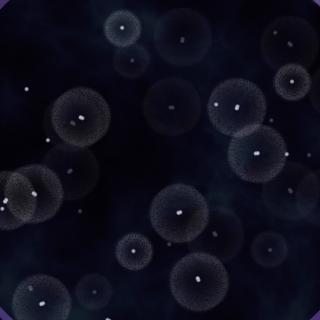 Researchers at the Instituto de Astrofísica de Canarias (IAC) and the University of Cambridge have detected lithium in a primitive star in our galaxy. The observations were made at the VLT, at the Paranal Observatory of ESO in Chile. 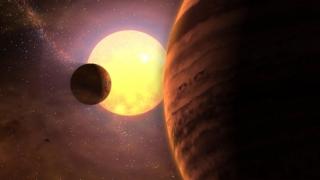