No surviving evolved companions of the progenitor of SN1006. 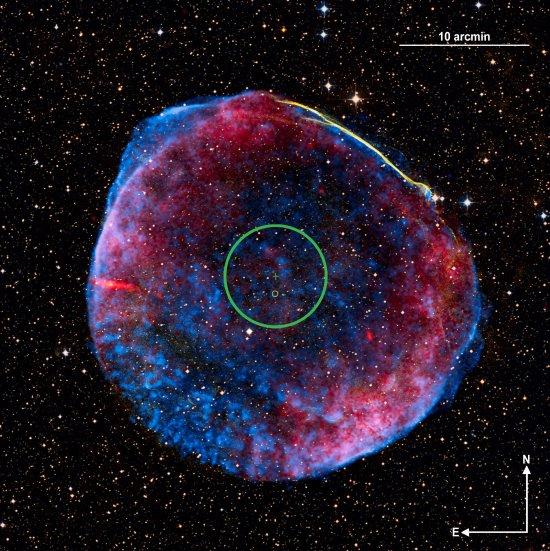 The remnant of the SN1006. The surveyed area is indicated by the large green circle. The centre of the survey (the centroid of the X-ray emission) is marked with a green cross, and that of the Ha emission, by the small yellow circle. This is a composite i
Advertised on
01/01/2012
References
Jonay I. GonzÃ¡lez HernÃ¡ndez et al. 2012 Nature, 489, 533