The ratio of pattern speeds in double-barred galaxies. 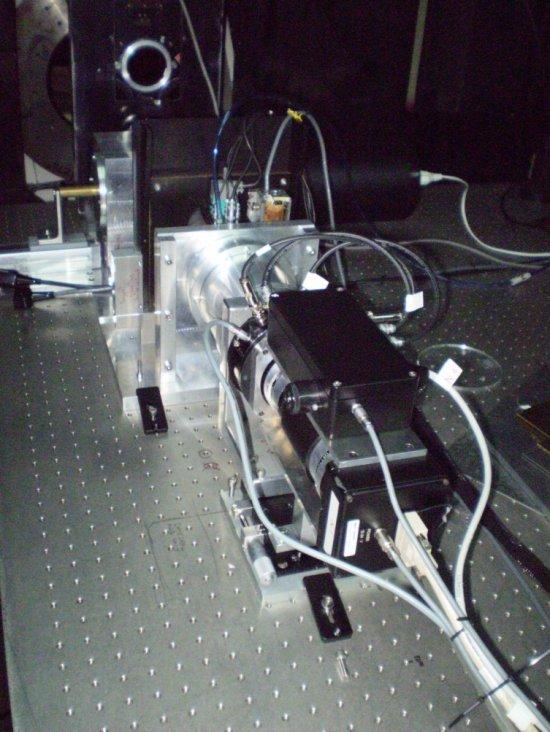 Picture of GHαFaS interferometer taken once the instrument is assembled in the Nasmyth focuss of the WHT, in La Palma.
Advertised on
01/01/2014
References
MNRAS,444,2014,L85-L89

We have obtained two-dimensional velocity fields in the ionized gas of a set of eight double-barred galaxies, at high spatial and spectral resolution, using their Hα emission fields measured with a scanning Fabry-Perot spectrometer. Using the technique by which phase reversals in the non-circular motion indicate a radius of corotation, taking advantage of the high angular and velocity resolution we have obtained the corotation radii and the pattern speeds of both the major bar and the small central bar in each of the galaxies; there are few such measurements in the literature. Our results show that the inner bar rotates more rapidly than the outer bar by a factor between 3.3 and 3.6.