SPICA, a candidate for the next class M scientific mission of ESA

SPICA is a space telescope designed to be extremely sensitive to infrared radiation. In contrast to visible light, infrared radiation is hardly absorbed by the dust which permeates the interstellar medium throughout the universe, so infrared observations allow us to penetrate the parts of the universe which are hidden from us using visible light. This allows us to observe the innermost zones of galaxies, and the interiors of clouds of gas in which stars and planetary systems are in the process of formation.

One of the big question marks in present day astronomy is to know the processes which regulate the formation and evolution of the galaxies.  According to our present models of the early universe, the galaxies as we know them today began to be assembled some 13,000 million years ago. Their formation and evolution accelerated during the next two or three thousand million years, and reached a high point around 10,000 million years ago. Since then this process has been gradually slowing down. Just why the efficiency of galaxy formation behaved in this way is still not fully understood. With SPICA it will be possible to detect the spectral “fingerprints” of many thousands of galaxies over time. With these clues it should be possible to make an accurate study of the physical conditions in galaxies and their surroundings, and so determine the factors which govern their formation and evolution.

In the nearby universe, SPICA will provide a detailed view of the processes of the formation of stars and planetary systems. These are processes which tale place in the interiors of dense clouds of gas and dust which can be studied only in the infrared. In addition observing the “fingerprints” of ions, atoms, molecules, ice and dust grains will let astronomers explore not only the physical conditions within and around protoplanetary discs, but also distinguish the regions in the discs where water molecules are in the solid, or gaseous state, and thus be able to draw the so-called “snow line”. The combination of these results with observations of dust rings around systems of evolved planets will give us valuable clues about the formation of the Solar System, and the Oort cloud of cold objects surrounding it.

The eventual success of SPICA relies on a combination of a significant number of technical innovations. One of its main  elements is the use of a telescope of 2.5m diameter, which will be cooled to almost 270 degrees below zero Celsius to reduce to a minimum the radiation emitted by the telescope itself. In contrast to previous infrared missions which were cooled with large deposits of liquid helium, SPICA would be the first space telescope to be refrigerated using mechanical cryo-generators, which will permit an extended life for the observatory. With such low instrument noise, the extremely sensitive detectors employed, called superconducting microcalorimeters or TES (Transition-Edge Sensors) which operate close to absolute zero, can be used to their full potential. The combination of a cooled telescope and ultra-sensitive detectors would make SPICA the most sensitive observatory ever built for the middle and far infrared range, which will allow its instruments to detect the spectral patterns of the most feebly emitting and distant objects in the universe.

SPICA is planned to have three instruments which will cover the full range of the middle and far infrared spectrum, with a wavelength range from 12 to 50 microns (a micron is a thousandth of a millimetre). The first is a combined middle infrared camera and spectrograph, which will be supplied by a Japanese collaboration led by the University8 of Nagoya. The second is a polarimeter for compact images, provided by a European consortium led by France. And the third will be the biggest and most complex instrument, the SAFARI far infrared spectrograph, which will be designed by a large international consortium led by Holland, with an important Spanish participation.

SAFARI (SPICA Far-IR Instrument) is the far infrared spectrograph of the SPICA telescope. It covers the wavelength range from 34 to 230 microns using more than 3,000 TES sensors. The radiation coming from the source is split into its different wavelength using four diffraction gratings, and each sensor receives a separate wavelength. To increase the spectral detail a Martin-Puplett version of the Michaelson interferometer is placed in the light path. To obtain maximum sensitivity the TES detectors need to be cooled to 50 millidegrees above absolute zero. These detectors will permit SAFARI to observe sources which are one hundred times fainter than those currently observable.

The Netherlands will, via SRON, lead the international consortium charged with building the SAFARI instrument with Spain and France as co-PI’s. Almost 20 institutions from 15 countries around the world will participate in the instrument. Spain will lead the optical and structural design of the instrument through INTA and the CAB, respectively. The Netherlands will be in charge of the overall instrument design, and, using detector experience from the US and the UK, of the TES sensors. France will provide the millidegree refrigeration system, and Canada the Martin-Puplett interferometer. There will also be contributions from institutions in Austria, Belgium, Denmark, Germany, The Irish Republic, Italy, Japan, Sweden, Switzerland, and Taiwan.

SPICA is the result of cooperation between the European and the Japanese Space Agencies, ESA and JAXA. ESA, which leads the project, will take general management, will provide the telescope and the support systems of the satellite, and will lead the integration and the tests of all the satellite subsystems. Japan will provide the cooling system and will take charge of the integration of the payload, the telescope platform, and the scientific instruments. Japan will also provide the H3 rocket which will be used to launch SPICA. The three instruments will be provided by consortia of scientific research institutes around the world. It is important to note that it is the first time that Spain leads the optical and structural design of the main instrument of a large science mission. The Spanish participation in SPICA is being funded by the National Plan for Scientific and Technical Research for Innovation, operated by the State Research Agency of the Ministry of Economy, Industry and Competitivity, with important contributions from the European Fund for Regional Development (FEDER).

The SPICA proposal was presented in 2016 by a major international consortium with members in Europe, North America, and Asia, in response to the fifth call for proposals for M class missions within the Cosmic Vision programme of ESA. For this proposal call, for an intermediate scale M5 mission, which is funded to a level of 550 million euros, 25 proposals were received of which 3 were selected, SPICA, THESEUS, and EnVision, for phase A  studies. It is expected that the final decision on which of the three ESA will choose for the M5 mission will be taken in 2021, for a launch data in the year 2032. 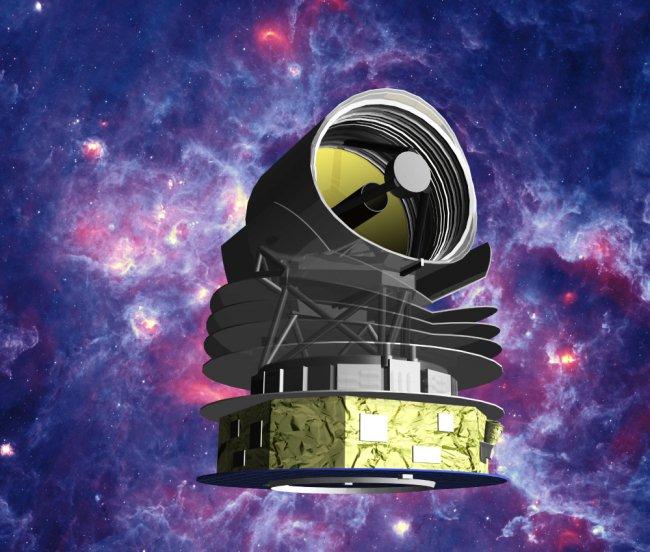