A study gives accurate motions of the largest sample, to date, of galaxies in the Local Group

A team of researchers from the Instituto de Astrofísica de Canarias (IAC) led by Giuseppina Battaglia has used the third catalogue of data, EDR3, from the GAIA satellite which contains astrometric data (positions, proper motions and brightness measurements) od 1.8 million objects brighter than magnitude 21, to determine the displacements of 73 galaxies belonging tothe Loca Group (our neighbouting galaxies, comprising three spiral galaxies, the Milky Way, (where we are situated), M31 and M33, and a set of small irregial and dwarf galaxies, around a hundred, among which the Magellanic Clouds are of particular interest). They have taken these measurements, for the first time, to a distance greater than 4.5 million light years (l.y).

In this analysis the orbital parameters of those galaxies up to 1.5 million l.y. away have been inferrred, which has allowed the introduction, for the first time, of a three dimensional gravitational potential which was essential because the calculations are affected by the presence of the dark matter halo of the Large Magellanic Cloud.

The results of this study affect a number of areas of knowledge of our own Galaxy and its system of satellites.. It has shown that the gravitational action of the Large Magellanic Cloud modifies the orbits of the majority of the satellite galaxies of the Milky Way. But it is also the case that six of the detected systems have probably been satellites of the Large Magellanic Cloud, three which may have been associated with it, and one which seems to have been recently captured. It also seems probable that those systems embedded in flows, such as Bootes III and Tucanae III have passed within less than 32,000 light years of the centre of the Milky Way, which confirm predictions that the flows in which they are embedded are the result of gravitational capture (galactic cannibalism). 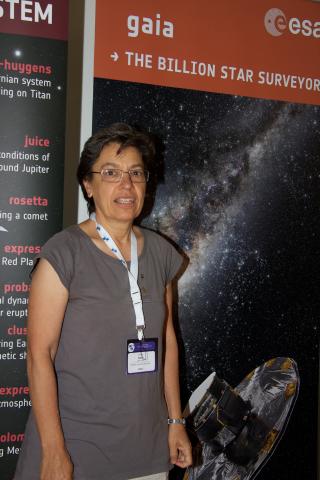