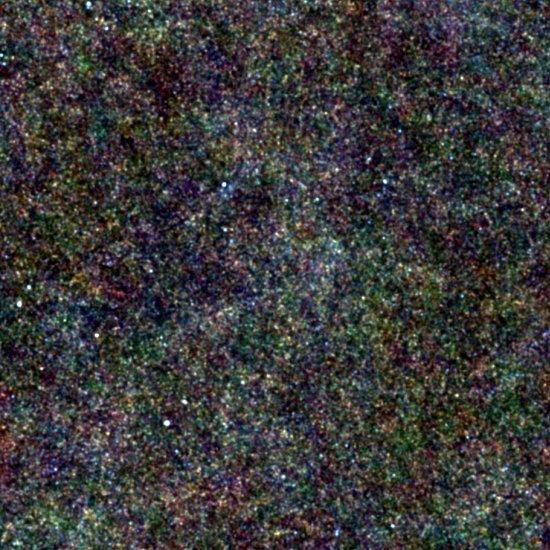 The extragalactic background light at far-infrared (FIR) wavelengths comes from optically faint, dusty, star-forming galaxies in the Universe with star formation rates of a few hundred solar masses per year. These faint, submillimetre galaxies are challenging to study individually because of the relatively poor spatial resolution of far-infrared telescopes but they are responsible for more than 85% of the total extragalactic intensity at these wavelengths. Instead, their average properties can be studied using statistics such as the angular power spectrum of the background intensity variations. A previous attempt at measuring this power spectrum resulted in the suggestion that the clustering amplitude is below the level computed with a simple ansatz based on a halo model.

For this analysis, we use data from the Herschel Multi-tiered Extragalactic Survey (HerMES), recorded with the Spectral and Photometric Imaging Receiver (SPIRE) on board the Herschel Space Observatory, during the Science Demonstration Phase of Herschel. The data come from a wide, 218’-by-218’, area in the Lockman Hole overlapping with the Spitzer Wide-Area Infrared Extragalactic Survey.

On the basis of a variety of observed scaling relations such as that between stellar mass and circular velocity, the dark matter halo mass scale for efficient star formation has been indirectly inferred to be about 1011MSun (Solarmass). As the submillimetre galaxies are the most active star-forming galaxies in the Universe, it is likely that the minimum halo mass scale for such galaxies that we determine from brightness fluctuations corresponds to the preferred mass scale of active star formation in the Universe. In dark matter haloes below this mass, star formation is expected to be inefficient as a result of photoionization feedback. The underlying astrophysics needed to explain the numerical value we find is still missing from galaxy formation theories: existing semi-analytical models predict a mass scale for faint, submillimetre galaxies that are roughly ten times larger.

We provide strong evidence for a minimum mass scale for active star-forming galaxies by studying the background intensity variations generated by those galaxies in our sky maps. Our direct estimate of the minimum dark matter halo mass provides a critical value needed to improve theoretical models of submillimetre galaxies and the overall picture of galaxy formation and evolution.