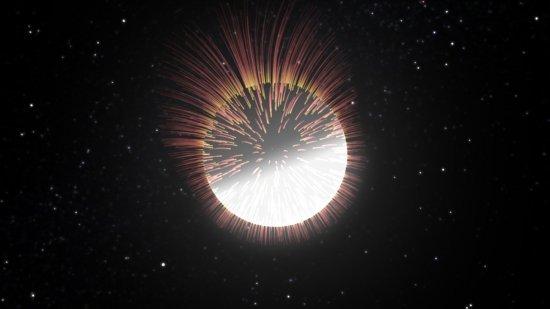 Figure caption: Simulation of the magnetic field distribution (represented by lines whose lengths are proportional to the field strength) in a “cool” white dwarf. The darker zone is a cooler region where the intense magnetic field has partially blocked th
Advertised on
01/01/2014
References
Nature, 515, 88-91, 2014