Image of the IAC representatives who have attended the inauguration of the Walk of the Stars of Science of La Palma. Credit: Aarón García Botín (IAC)
Advertised on
06/12/2020 - 15:35
Authors
INSTITUTO DE ASTROFÍSICA DE CANARIAS

On Saturday, the Cabildo of La Palma, the City Council of Santa Cruz de la Palma, and the Instituto de Astrofísica de Canarias (IAC) inaugurated the Walk of the Stars of Science of La Palma, situated in the Avenida Marítima of the capital, and unique in the world, in which persons and the work of famous scientists is recognized.

Together with them the Delegate of the Governmen, Anselmo Pestana Padrón, the Director of the Starmus Festival and doctor in Astrophysics, Garik Israelian, and the Reader in the Department of Astrophysics at the University of La Laguna (ULL) and senior researcher at the IAC, Ramón García López, among other authorities, were present.

Mariano H. Zapata emphasized the opportunity presented by this initative to show the value and publicize around the world the La Palma sky as “a world reference for observing the heavens”, as well as helping to consolidate Astro-tourism. “The Roque de los Muchachos Observatory is an unmistakeable symbol of our island, to which we are now giving continuity with this walk”, added the Island President.

The Mayor of the capital highlighted the fact that this walk is in the new and remodelled Avenida Marítima. “I am convinced that the numerous improvements we are making to the city, together with this new feature of Santa Cruz de la Palma prove an important tourist attraction for our visitors”, he added.

Rafael Rebolo said that it was “an honour and a privilege” for the IAC to participate in this initiative. “We are very happy that in this island there is a walk which is unique in the world. Behind it is a message from the citizens of this island which are a credit to the island, and which will generate the greatest respect in the rest of the world because the desire to recognize so opently those who dedicate their lives to science is not often found”. He also expressed the intention of the IAC to keep on publicizing “the immense scientific potential which this island offers the world” and to carry on bringing the most brilliant figures in science and in other fields to La Palma.

Afterwards, Garik Israelian and Ramón García López spoke briefly in recognition of the four stars which make up the walk, for the time being: Stephen Hawking, Alekséi Leónov, Tataaki Kajita and Samuel C. C. Ting.

The Delegate of the Government, Anselmo Pestana, stated that it was with pride that he saw this walk, which is unique in the world, and which pays tribute to famous scientists, turned into a reality. “In its day it was a good decision to go for this project which has finally come into being, and which should carry on growing to continue to favour the close relation between science and Astrotourism in La Palma”, he noted.

After the speeches the authorities unveiled the four stars which comprise the walk, and finally, to celebrate the inauguration, the Cabildo of La Palma organized the Projection in the Main House of Salazar, of a film not shown before in Spain ‘Spacewalker’, dedicated to Alekséi Leónov, the first person to walk in space, which deals with the “space race” between the Soviet Union and the United States.

Up to now there are four scientists who have received a “Star of the Science”: Stephen Hawking, the Russian cosmonaut Alekséi Leónov, and the Nobel Laureates in Physics Takaaki Kajita and Samuel C. C. Ting.

The first person be paid tribute by receiving the star of the walk in June 2016 was the theoretical physicist Stephen Hawking, who made a major contribution to modern Astrophysics, by finding ways to combine general relativity and quantum mechanics, and who predicted that black holes should radiate.

Hawking spent his life working on the application of General Relativity to cosmology and in particular to the physics of black holes. Together with Roger Penrose he showed that black holes did not present an unassumable paradox for physics. He also showed by combining General Relativity with quantum theory it is possible to construct a universe in which there were predictable states prior to the Big Bang which initialed the Universe we observe.

Also in 2016 the second star was given to Alekséi Leónov, the first person to walk in space, on March 18th 1965, having been a member of the first group of 20 cosmonauts in the Soviet space programme, formed in 1960. He was also the first commander of the Soviet team on the first joint mission between the Soviet Union and the United States, Appollo-Soyuz.

The Nobel Laureate in Physics 2015, Takaaki Kajita, received his star in 2017. This Japanese physicist won the 2015 Nobel prize together with Arthur B. McDonald for his researchers on neutrino oscillations which showed that these subatomic particles have mass. The jury of the prize from the Swedish Academy said “his studies changed our knowledge of the most intimate behaviour of matter and could be crucial for our understanding of the Universe”.

The last personality who received on of these stars was Samuel C. C. Ting, in April 2018. This US particle physics, Chinese in origin, works at the prestigious MIT in the United States, and received the Nobel Prize in 1976 for discovering the J particle, which gave further support to the standard model of particle physics. 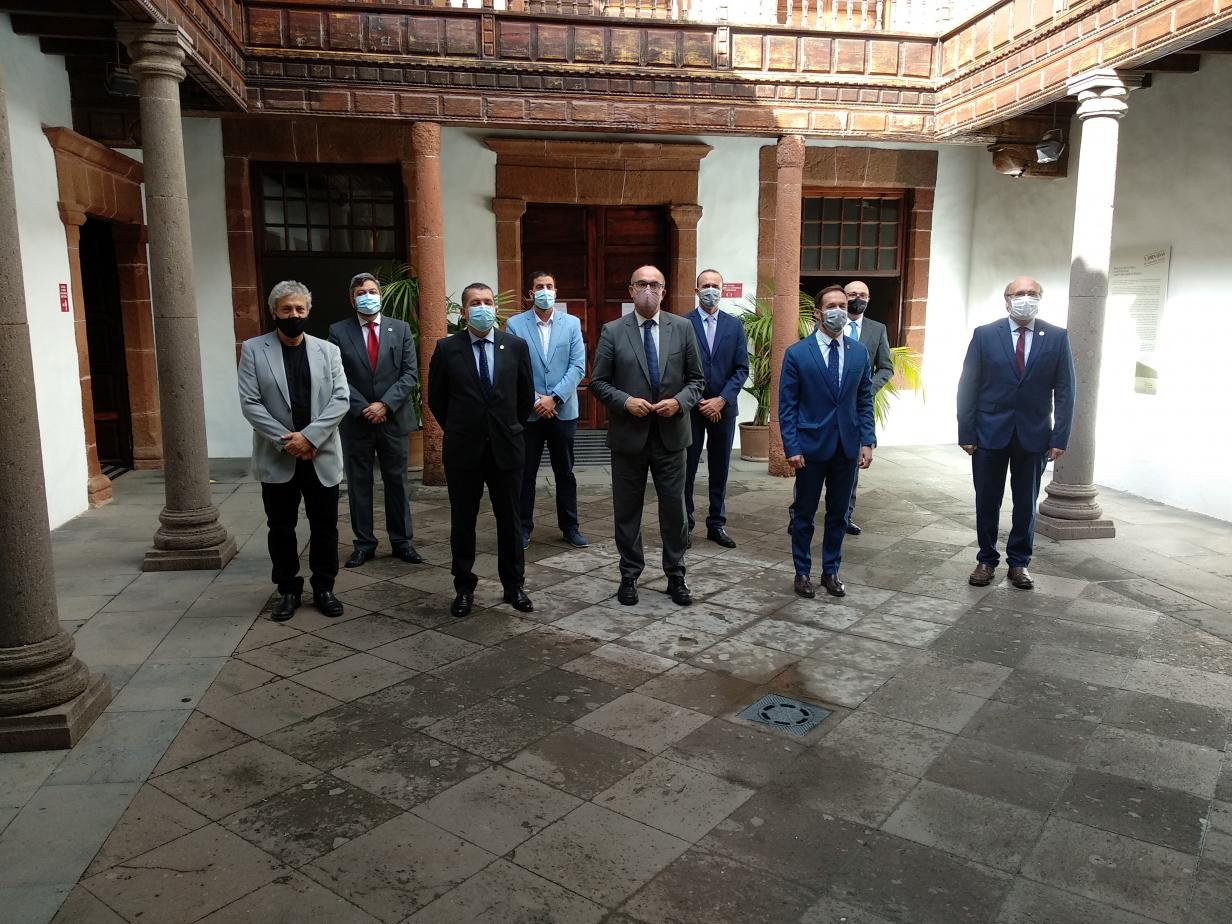