A KMOS survey of the nuclear disk of the Milky Way. I. Survey design and metallicities

Advertised on:
5
2021
Journal
Astronomy and Astrophysics
Description
Context. In the central few degrees of the bulge of the Milky Way there is a flattened structure of gas, dust, and stars, known as the central molecular zone, that is similar to nuclear disks in other galaxies. As a result of extreme foreground extinction, we possess only sparse information about the (mostly old) stellar population of the nuclear disk.
Aims: In this work we present our KMOS spectroscopic survey of the stars in the nuclear disk reaching the old populations. To obtain an unbiased data set, we sampled stars in the full extinction range along each line of sight.
Methods: We also observed reference fields in neighboring regions of the Galactic bulge. We describe the design and execution of the survey and present first results.
Results: We obtain spectra and five spectral indices of 3113 stars with a median S/N of 67 and measure radial velocities for 3051 stars. Of those, 2735 sources have sufficient S/N to estimate temperatures and metallicities from indices.
Conclusions: We derive metallicities using the CO 2-0 and Na I K-band spectral features, where we derive our own empirical calibration using metallicities obtained with higher-resolution observations. We use 183 giant stars for calibration spanning in metallicity from ‒2.5 to 0.6 dex and covering temperatures of up to 5500 K. The derived index based metallicities deviate from the calibration values with a scatter of 0.32 dex. The internal uncertainty of our metallicities is likely smaller. We use these metallicity measurements, together with the CO index, to derive effective temperatures using literature relations. We publish the catalog in this paper. Our data set complements Galactic surveys such as Gaia and APOGEE for the inner 200 pc radius of the Milky Way, which is not readily accessible by those surveys owing to extinction. We will use the derived properties in future papers for further analysis of the nuclear disk. Table E.1 and Full Table D.1 are only available at the CDS via anonymous ftp to cdsarc.u-strasbg.fr (ftp://130.79.128.5) or via http://cdsarc.u-strasbg.fr/viz-bin/cat/J/A+A/649/A83 Based on ESO program 0101.B-0354.
Related projects 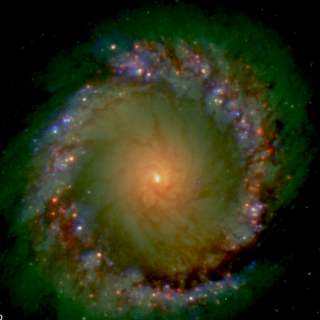