The Consul of Japan in the Canary Islands visits the IAC

The Consul of Japan in the Canary Islands Yoshihiro Miwa and his wife Ruriko Miwa recently visited the facilities of the Instituto de Astrofísica de Canarias (IAC) in La Laguna and the Observatorio del Teide in order to know the work on research and technological development carried out in this center of scientific excellence, as well as current and future collaborative projects with the Japanese country.

In the OT they could get to know some of its main telescopes such as GREGOR, currently the largest solar telescope in Europe; the QUIJOTE experiment, dedicated to the characterisation of the polarisation of the Cosmic Microwave Background (FCM) and other galactic and extra-galactic emission processes; the Carlos Sánchez telescope, with the MUSCAT2 instrument, developed by the Astrobiology Centre and the University of Tokyo in collaboration with the IAC, which allows simultaneous photometry in four filters; and the GroundBIRD experiment, a new radio telescope for cosmological studies developed in collaboration with the RIKEN Institute Centre for Advanced Photonics of Japan, the High Energy Accelerator Research Organization (KEK), the National Astronomical Observatory of Japan (NAOJ), Saitama University, Tohoku University and the University of Korea.

Japan also participates and leads, along with Spain and Germany, the LST consortium that has built the first Large Size Telescope prototype of the CTA Network (Cherenkov Telescope Array) at the Observatorio del Roque de los Muchachos (ORM) in La Palma. 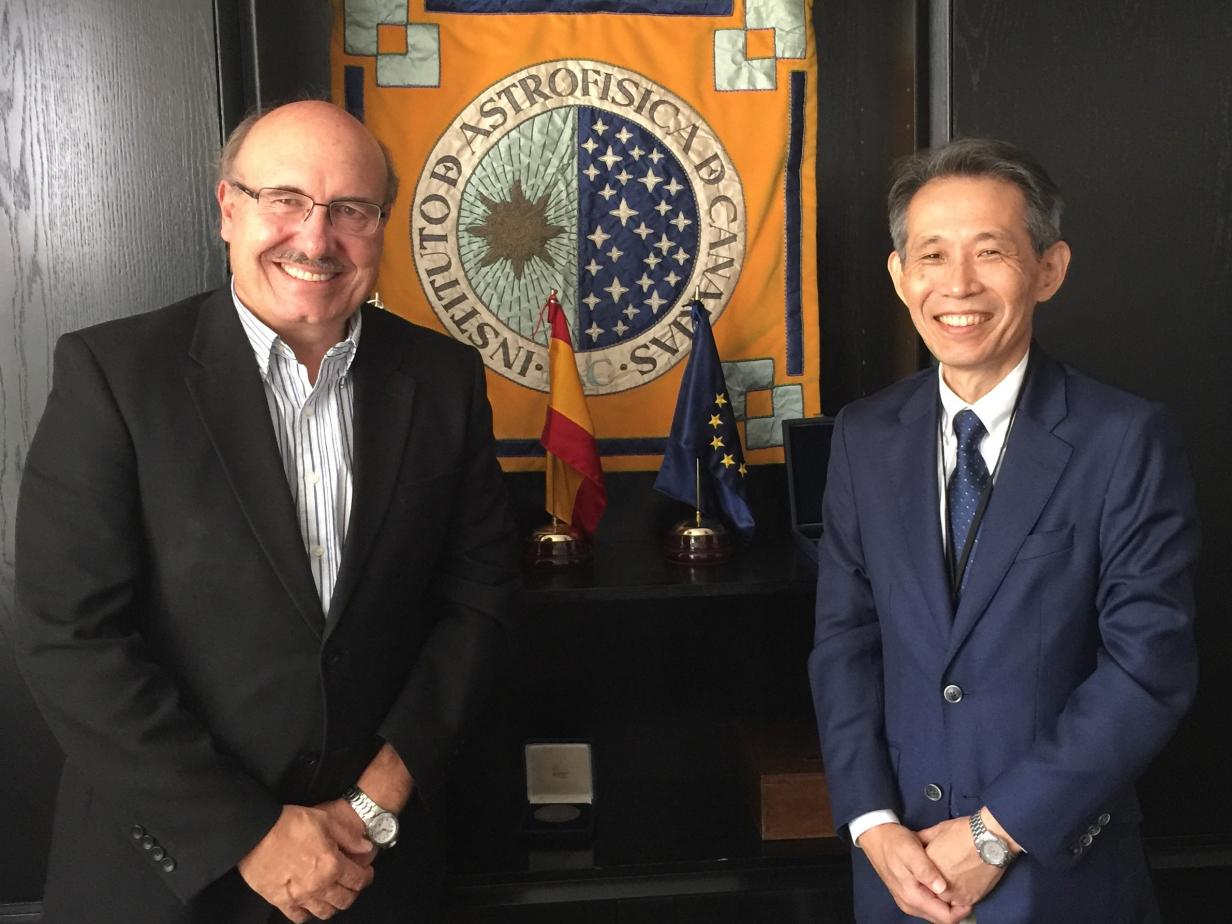