The Minister of Science and Innovation this morning presided over the annual meeting of the Governing Council of the Instituto de Astrofísica de Canarias (IAC) in La Laguna, where she was informed about last year’s scientific output (over 600 publications in high level journals), the contracts and positions for stabilization approved during this year, as well as the new technological developments which are under way in this research center.

As well as the Minister, others who attended the meeting included Raquel Yotti Alvarez, the secretary general for research at the Ministry of Science and Innovation, Elena Máñez Rodríguez, the Councilor for Economy, Knowledge, and Employment of the Government of the Canaries, Eloisa del Pino Matute, President of the Higher Council for Scientific Research (CSIC, by videoconference), Anselmo Pestana, the Delegate of the Government in the Canaries, and Carlos Navarro Martínez, the Director pf the Canary Agency for Research, Innovation and the Information Society (ACIISI). Those present from the IAC, as well as the Director Rafael Rebolo López, were Casiana Muñoz-Tuñón, the Deputy Director of the Institute and Jesús Burgos Martín, the General Administrator, who reported on the economic and fiscal situation, and that of the personnel, as well as the agreements and pacts signed during the past year. In this meeting the Annual Memoir of the IAC was also presented, which includes the activity of the Institute and of the Canary Island Observatories, as well as the Annual Report of the International Scientific Committee (CCI).

During her declarations after the meeting the Minister recognized that the IAC is a center “In very good health” because the plan of Recovery, Transformation and Resilience has allowed it to improve its equipment in order to maintain its scientific excellence. “It is very important to have front line instrumentation because this permits front line research with the capacity to retain and attract international talent” she stated. Along these lines the Director of the IAC informed the Governing Council that the funds from the Plan for Recovery, Transformation, and Resilience are already being used to put new equipment to work, and that although they would reach peak production in 2024 the results would become clear, to a large degree, during 2023. “Above all -said the Minister- The Centre for Advanced Optical Systems, which will be an historic achievement for this country” because from then on, the IAC will be able to develop and produce lenses and mirrors for large telescopes and instruments which previously have had to be brought from outside.” These new laboratories have arrived to stay, and to favor our research centers and the system of science in our country”, said Morant.

Elena Máñez added her own statement of recognition for the activity of the Institute, and in particular for the very high spending rate of the budget, and emphasized the relevance of the IAC’s advances for the whole of society “because the transference of all of this research of excellence generates economy and progress for the whole of the Canaries”, she added.

The IAC’s director explained to the media present at the press conference after the meeting of the Governing Council, that the IAC is in the middle of reforming all of its laboratories to meet new challenges. These laboratories will be up and running towards the end of next year, which will give the center new capabilities in cryogenics, mechanics, electronics, advanced optical systems, quantum communications with space, and payloads for microsatellites. “These capabilities, taken together, which we are developing here in the Canaries -explained Rebolo- are not found frequently in our country”. During his speech he also showed his full support for the Government of the Canaries for any proposal which it wanted to make for the Headquarters of the Spanish Space Agency. “If the Government of the Canaries offers Canary territory for the Headquarters of the Spanish Space Agency the IAC will be there giving all the support that it can”.

At the meeting the final accounts presented by the IAC for the year 2021 were approved; (they had previously been audited by the General Auditor of the State), with no exceptions, The IAC also presented a report about the progress of the use of the budget for the year 2022, with particular detail about the activities under the Plan for Recovery, Transformation, and Resilience. The proposal for the budget for the year 2023 was accepted, in conformity with the provisions of the IAC’s four years plan, but necessarily subject to the final budget availability for the two Administrations: national and autonomous. 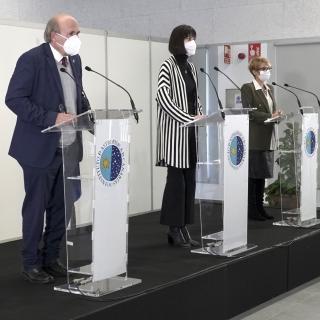 The Minister of Science and Innovation presided, this morning, over the annual meeting of the Governing Council of the Instituto de Astrofísica de Canarias (IAC) in the IACTEC building in La Laguna. In a press conference she stressed the support of the Government for the people of La Palma, and recognized the technological and research activity of the Institute during the pandemic. As well as the minster, other attendees at the meeting were Raquel Yotti Álvarez, Secretary General for Research, Elena Máñez Rodríguez, Coucillor of the Canary Government for Economy, Knowedge and Employment 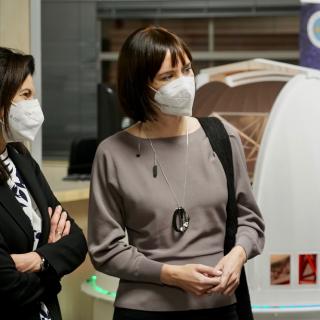 Spanish Minister of Science and Innovation, Diana Morant, visited last Wednesday the Centre for Astrophysics’ facilities in La Palma (CALP) to know the impact of the volcanic eruption on the personnel and on the operation of the facilities at the Roque de los Muchachos Observatory (Garafía, La Palma). During her visit, she held a meeting with IAC Director Rafael Rebolo, which was also attended by the Director of the Gran Telescopio Canarias (GTC), Romano Corradi, and the ORM Site Manager, Juan Carlos Pérez Arencibia. Accompanying the Minister were the General Secretary of Research, Raquel 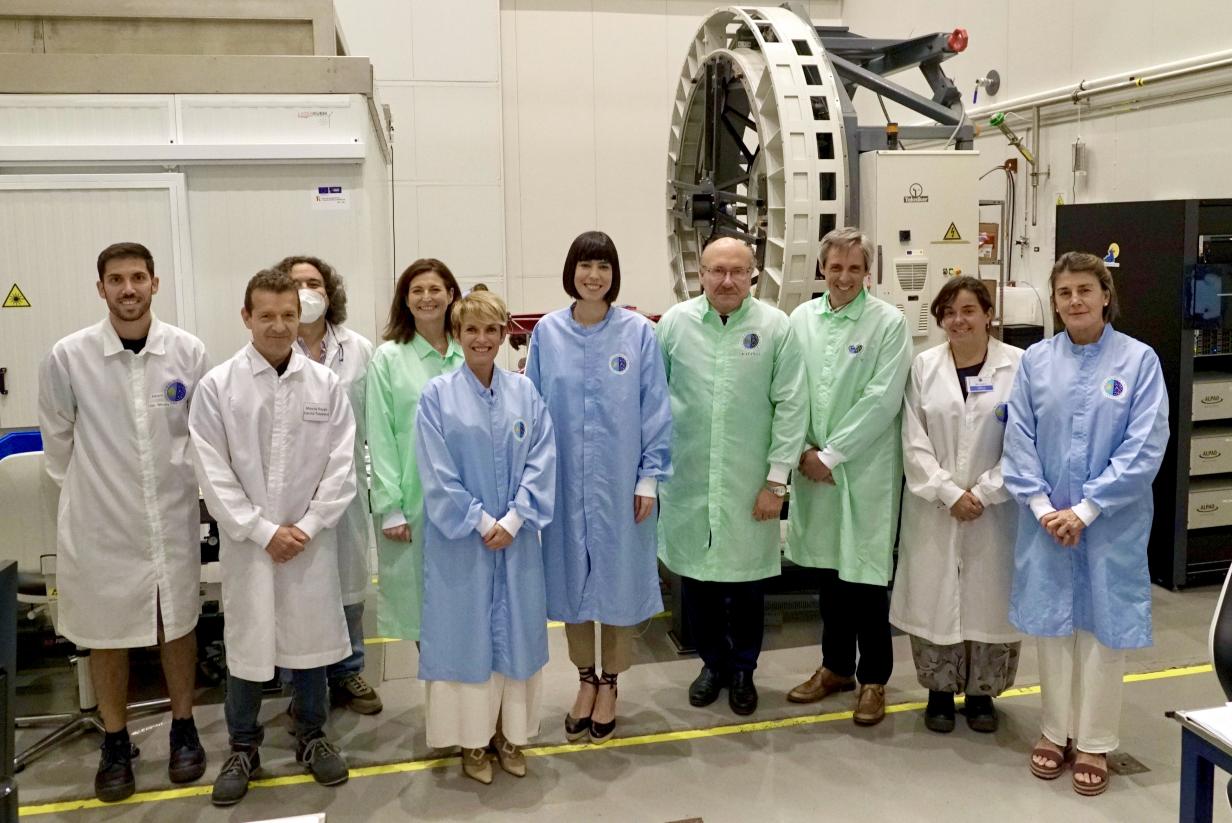