The students from Barlovento, with Gloria Andreuzzi, the first to come back to the Observatory
Advertised on
06/05/2022 - 08:00
Authors
SCIENCE COMMUNICATION AND OUTREACH UNIT

After a break of two years due to the pandemic, the students of the 4th ESO class in La Palma will again be able to get to know about the astrophysics research carried out at the Roque de los Muchachos Observatory, in company with volunteer astronomers from the various telescopes.

This is a key activity to promote scientific and technological vocations in la Palma so that young girls and boys can see directly that there is a possibility to have a professional career linked to the activities of the Observatory, which are very varied, and stay on their own island. It is also an aim to show directly to all the residents on La Palma the very important, and international science which is being carried out on the Island summit.

This year the activity will comprise a visit to the Visitor Centre of the Roque de los Muchachos, where the students can learn about many aspects of astronomy adn Astrophysics, as well as about the Observatory itself, using the teaching modules. The visit will place particular emphasis on learning about light and its use in astronomical observation. After that the group will visit at least one of the telescopes in the ORM, where they will learn about how it works, with many technical details.

All the activities are carried out voluntarity by researchers at the scientific institutions present at the ORM, with the backing of the Cabildo Insular of La Palma, the Teacher´s Centre (CEP) and the secondary scnools themselves.

The students from Barlovento, the first to come back to the Observatory

The first visit of this school year was by a group of 15 students from the CEO Barlovento. During their visit they were accompanied by the astrophysicst from the Telescopio Nazionale Galileo, Gloria Andreuzzi, who explained her own work to them, also how she had pursued her career, as well as various aspects of the behaviour of light, astronomical observation with a demonstration of the infrared camera in the Visitor Centre, spectroscopy, solar observations, and light pollution.

The next school to visit the ORM will be the IES Cándido Marante Expósito from Los Sauches, next Tuesday, May 10th.

“Our students and the Roque de los Muchachos is an activity organized by the LPIYA Group, whose aim is to unite th eefforts of the scientific institutions who share the ORM in matters of astronomical outreachon the Island of La Palma.

The Observatories of the Instituto de Astrofísica de Canarias (IAC) are part of the network oc Singular Scientific and Technical Infrastructures (ICTS) of Spain. 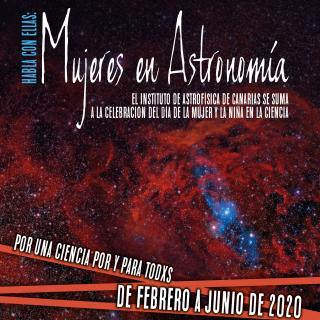 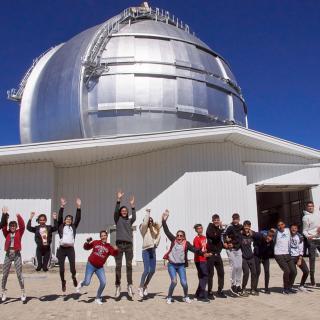 Since 2009 almost 7,000 school students from La Palma have participated in the educational programme “Our students and the Roque de los Muchachos” whose aim is to popularize the research in astrophysics being carried out at the Observatory among secondary school students of the Island.