The IAC and February 11th, International Day of Women and Girls in Science

During the month of February, women researchers of the Instituto de Astrofísica de Canarias (IAC) will take part in lectures, workshops and debates to publicize the work of women in science, and to arouse interest in astronomy, physics, and technology in young girls. In addition the IAC plans to present a special number of the review “Paralajes” dedicated to “Women in Astronomy”, and a new video of the series “girls who broke a glass roof while observing the sky”, both of these initiatives in collaboration with the Spanish fund for Science and Technology (FECYT) of the Minsitry of Economy, Industry and Competitivity, which are elements of the project “The return of Henrietta Leavitt, From school to a scientific career via the theatre”. In this context there will be continuous activity in the project “With H for Henrietta: Talks of students in school centres” in which there is also collaboration from the Violet Strategic Framework (METV for its initials in Spanish) of the Cabildo of Tenerife, in which girl students in schools spend time with women astrophysicists and engineers of the IAC, and afterwards give talks about what they have learned to their classmates.

A study in 14 countries, published by the United Nations Organization concludes that “the probability for female students of graduating with a Bachelor’s degree, Master’s degree and Doctor’s degree in science-related field are 18%, 8% and 2% respectively, while the percentages of male students are 37%, 18% and 6%. With the aim of changing these data and reducing the gender gap, women scientists at the IAC aim to collaborate in various activities during the current month to publicize the role of women in science and to promote interest among girls of STEM (Science, Technology, Engineering, Mathematics) careers.

The first activity for the general public will be “Talk to a Woman Astronomer” which will take place on February 7th from 8 in the morning until midnight (one hour less in the Canaries). This activity has been promoted by the Commission for Women and Astronomy of the Spanish Astronomical Society (SEA) and organized by Adriana de Lorenzo-Cáceres, and IAC researcher. This is an on-line initiative in which are involved 32 professional women astronomers who will be available to talk abnout their research and/or about their experiences a women working in science. Among them are IAC researchers Beatriz Ruiz Granadpos, Paticia Chinchilla, and Julia de León, as well as Adriana de Lorenzo-Caceres herself. The activity will take place in the “Chat” format, and on the website of the SEA.

The IAC, in collaboration with the Area of Scientific Vocations of the Department of Education of the Government of the Canaries, also participates in talks, workshops and debates which will take place in a number of educational centres in Tenerife throughout the month. In these activities, organized by the IES El Sobradillo, Colegio Decroly, IES Tegueste and IES Viera y Clavijo, there will be participation by IAC astrophysicists Adriana de Lorenzo-Cáceres and Nayra Rodriguez Eugenio, among other scientists. There will also be popular talks by video-conference, such as those to be given by Nayra Rodriguez and Nuria Salvador, a doctoral student in the Severol Ochoa project of the IAC, the the studentsi in the Escola GEM educational centre in Mataró.

Some of these activities come within the framework of the “In class 11F” initiative, organized at a national level by the group 11defebrero.org and which is taking place between 11th and 15th February.

Women researchers, technologists, and outreach specialists of the IAC will also take part in other activities which will take place during the second  half of the month. We will give information about them from time to time via the social networks of the IAC. We will also inform about the project “The return of Henrietta Leavitt. From School to a Scientific Career via the Theatre”. 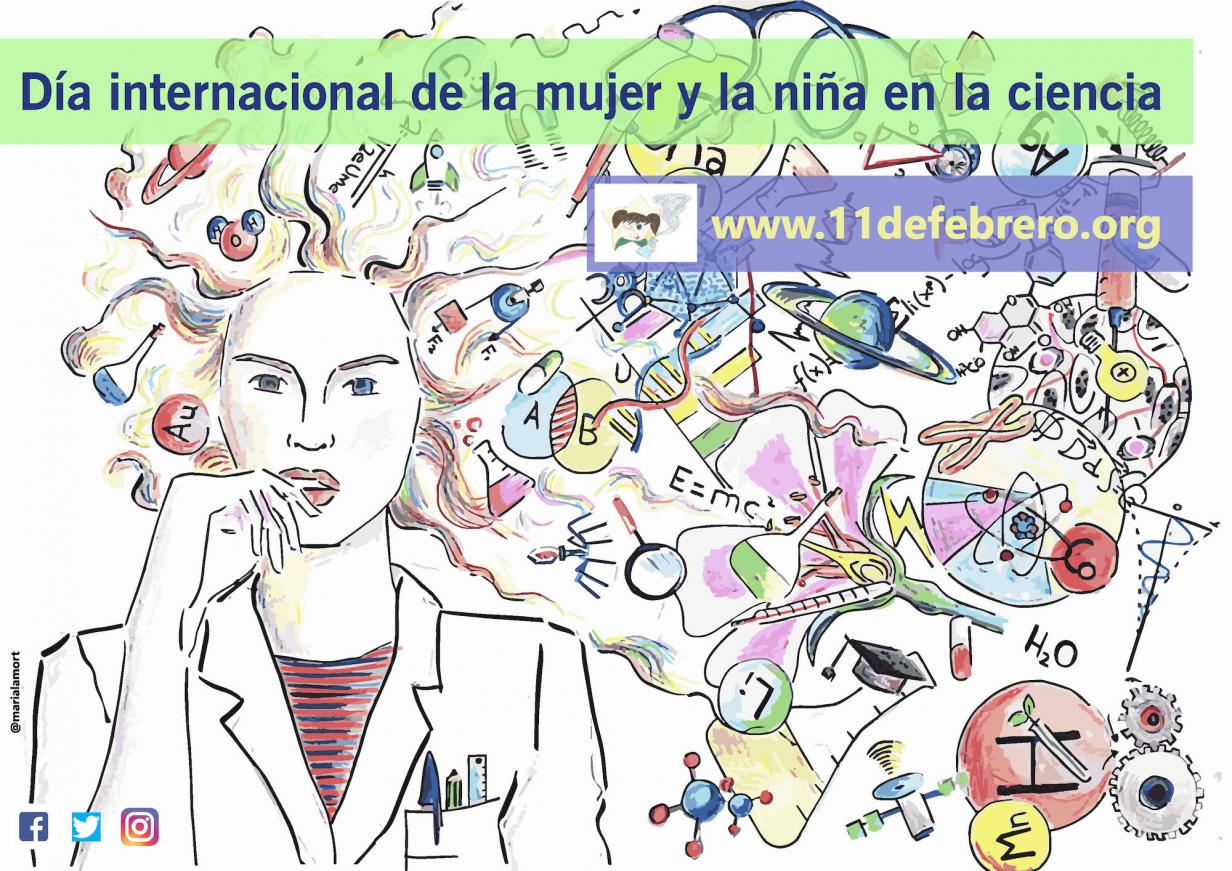