The IAC celebrates its Day of Science

As has become the custom, the director of the IAC, Rafael Rebolo, inaugurated the meeting presenting a balance for 2018 and going through the present and future projects in which the IAC is participating. He emphasized the growth in the number of scientific contibutions in recent years. Last year 612 articles were published in refereed journals, of which 30% had their first authors from the research staff of the Institute. In addition the IAC participated in the organization of 14 scientific meetings, with a total attendance of over 800 people.  He also stressed the high productivity of the Canary Island Observatories, which now have over 30 telescopes in routine operation, with the participation of over 60 academic institutions.

He pointed out the important contribution of the IAC in international technological projects, such as the Cherenkov Telescope Array (CTA) of which its prototypw,  the LST-1, is currently in the test phase, and the other three LST’s are in the construction phase. The European Solar Telescope(EST) is in the detailed design phase, and has a Project Office with over 10 dedicated engineers, the WEAVE spectrograph of theWilliam Herschel Telescope (WHT) which will undergo tests starting in the last trimester of the year, and the New Robotic Telescope (NRT) in whose design the IAC is participating, together with the Liverpool John Moores University, and GroundBIRD,  a raiotelescope for cosmological studies, whose installation at the Teide Observatory has just started.

After the inaugural talk there followed the various talks in which a representative set of the research, engineering, and outreach personnel of the IAC presented some of their most interesting current work.

Among the notable contributions from the research división were the charactrization of the atmospheres of exoplanets using high resolution spectroscopy, a method which is still being developed, and which, with the new generation of extremely large telescopes now under development, could manage to detect and observe Earth-like planets, observations of the visible spectrum of the asteroid Ryugu, made with the space probe Hayabusa 2 of the Japanese Aerospace Exploration Agency (JAXA) , and the discovery of a peanut-shaped inner bar in the galaxy NGC 1291 which gave new information about the evolution of galaxies, and some possible ideas about the feeding of the supermassive black holes in their centres.

Among the talks about engineering some of the new installations and services available for technolgical development were presented, such as the Laboratory for Image and Sensors for Astronomy (LISA) which can work in four different wavelength ranges of the electromagnetic spectrum.  Also presented were the IAC’s participation in international projects such as PLATO, the project of the European Space Agency (ESA) to look for and characterize exoplanets, and HARMONI, the first light instrument for the European Extremely Large Telescope ( E-ELT).

In the outreach talks, the project “CosmoLAB: the Solar System as a classroom laboratory” was presented. This is aimed at training teachers in astronomy, and it has just celebrated its first anniversary. The talk was rated as one of the most creative in this year’s meeting, There was also a talk about some of the initiatives to bring added visibility to the women who are working in astrophysics, and to give girls inspring role models which would encourage them to take up science and technology. The group of women astrophysicists, engineers and outreach specialists who are participating voluntarily in these activities was awarded the special prize of the Research Commission for their work.

To conclude the event Javier Licandro, the Research Director of the IAC stressed the excellent atmosphere for science and for cooperation in the research division and the other departments of the IAC, as well as the privileged access of the staff to leading telescopes and computing facilities. He also valued the doctoral programme of the IAC, with its almost 70 graduate students, and the engineering division. Finally he thanked the staff of  the IAC, and praised the work of the Seminars Commission for its organization of the event. 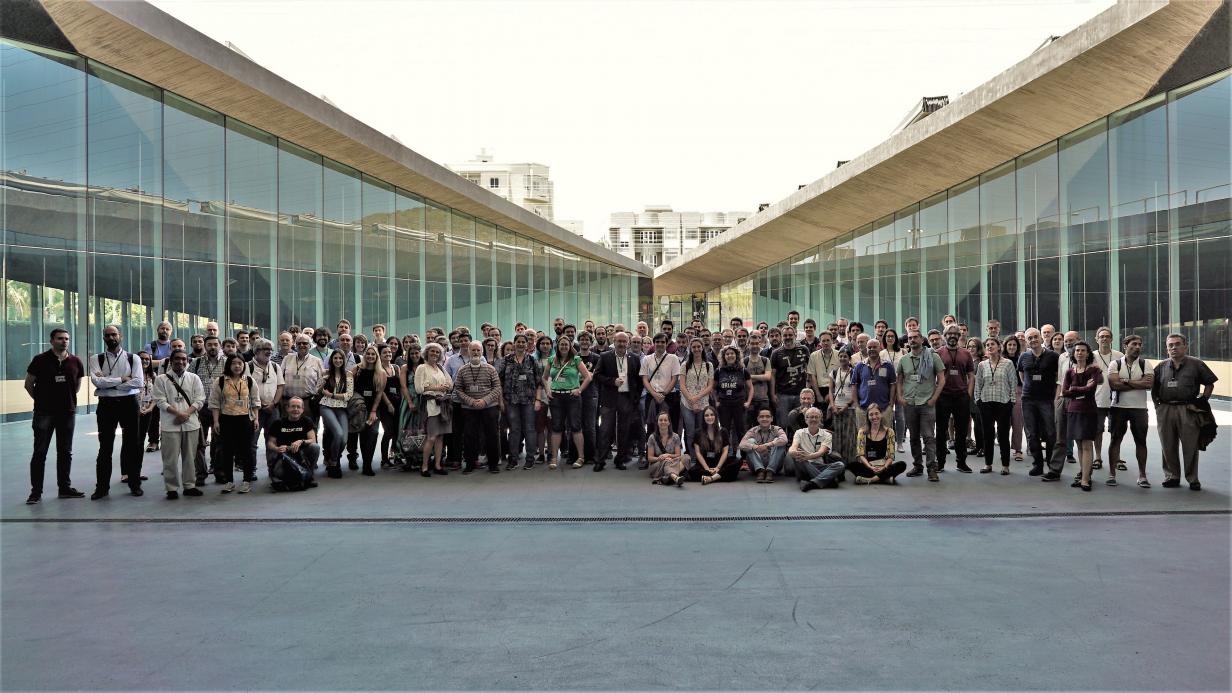