Image of the placement of the four legs of the test cryostat in the AIV room of the IAC. Credit: Inés Bonet (IAC).
Advertised on
08/06/2021
Authors
SCIENCE COMMUNICATION AND OUTREACH UNIT

The pre-optics for HARMONI, the optical and infrared spectrograph to be installed on the Extremely Large Telescope (ELT) at Cerro Armazones (Chile), has passed successfully the test of the optomechanical design produced by the Instituto de Astrofísica de Canarias (IAC). The instrument will now proceed to the Final Design Phase, prior to the start of the building of the instrument for this telescope of 39 metres in diameter, the largest project in optical and infrared astronomy of the European Southern Observatory (ESO).

During April an international group of experts made a detailed evaluation of the design of the pre-optics (IPO) for HARMONI produced by the IAC. To do this a pack of documentation was made with all the details of the optical, mechanical, electron, and control design, including the detailed analysis of optical and mechanical simulations. In addition, the results of tests were presented of various prototypes of the cryogenic mechanisms and the optomechanical assemblies, which included a detailed plan for the manufacture, mounting, and tests to be performed, the plans for the full instrument and an analysis of the reliability of the subsystem during the useful life of the instrument.

“This critical revision of the IPO, which we have passed successfully, consolidates the participation and the excellent level of the IAC in HARMONI. In addition, reaching this important milestone allows us to continue work on the next stage, The MAIT (Manufacture, Assembly, Integration and Testing) phase in which the designs are converted into reality”, explains Miguel Cagigas, and optical engineer at the IAC.

To initiate the preparation of this phase, and because the dimensions of the instruments for the largest telescopes are well above those that the IAC’s infrastructures for cryogenics and high vacuum could contain, the manufacture of a large cryostat was delegated to the Spanish company AWGE (Santander). “This apparatus, which is used to keep instruments at very low temperatures, will be considered as a common user infrastructure for this type of tests. The first results have shown that it reaches sufficiently high degrees of vacuum in less than 24 hours”, explains Elvio Hernández, a mechanical engineer and systems engineer for the IPO at the IAC.

“Developing and setting in operation the infrastructures which let us carry out high vacuum and cryogenic testing of large electro-opto-mechanical systems was essential. It will allow us to complete the apparatus available at the IAC needed for the instruments of the large telescopes in the coming decade”, says Ángel Alonso, the manager of the project at the IAC. “This is a unique infrastructure which will allow us to attract major projects of scientific and technical development requiring cryogenics”.

The participation of the IAC in HARMONI includes technological and scientific developments such as the design, building and testing of the pre-optics, a system which works in conditions of high vacuum and cryogenic cooling; the coordination and the architecture and development of the control electronics of the complete instrument; and the participation in the definition and development of the scientific case for the use of HARMONI.

The design and construction of this instrument is carried out by an international consortium led by the University of Oxford, with participation by the UK Centre for Astronomical Technology, the University of Durham, the Centre of Astrophysical Research at the University of Lyon, the Astrophysics Laboratory of Marseille, the Instituto de Astrofísica de Canarias (IAC), the Centre for Astrobiology (CAB, CSIC-INTA) of Madrid, and the University of Michigan. HARMONI will be able to work at the angular resolution limit of the ELT in the near infrared, and will have high versatility to be able to tackle a wide range of scientific problems. At the present time the development of HARMONI is in the Final Design Phase, in which a detailed workable design is being consolidated, incorporating the results of technological aspects previously identified as “risks”.

The participation of the IAC in HARMONI and the development of the large test cryostat are projects partly funded by the Severo Ochoa programmes 2016-2019 and 2020-2023, by the Ministry of Science and Innovation, the National Research Agency (AEI), the European Fund for Regional Development (EU-FEDER) and the Department of Economics, Knowledge and Employment of the Government of the Canaries.

Begoña García Lorenzo, main researcher of the project at the IAC: begona.garcia [at] iac.es 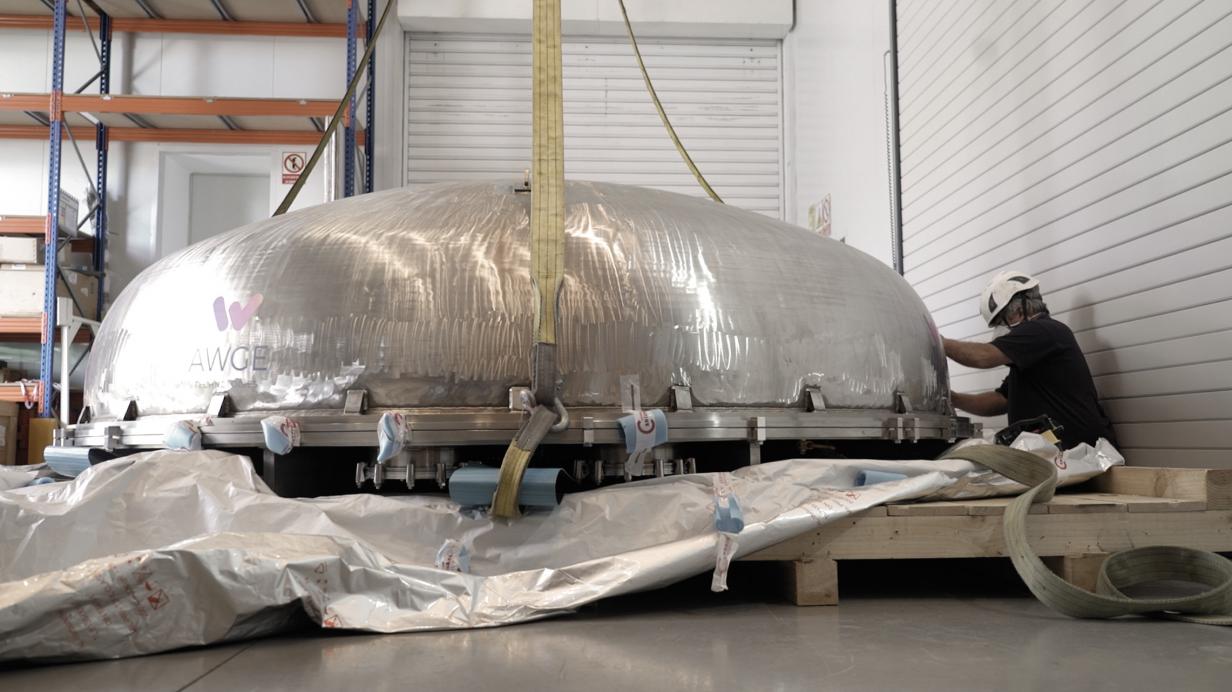