The figure shows a cluster of stars like the ones analysed in this work. The emitted light loses energy as it escapes the gravitational field of each star. This energy loss manifests itself as a reddening that is larger for main-sequence stars with relatively small radii (right) than for giant-phase stars with larger radii (left). Credit: Gabriel Pérez Díaz (IAC). Background image: ESA/Hubble and NASA. Magnifiers based in an illustration by freepic.es.

The study shows the potential of major astronomical observatories to test the laws of physics and to show their universal character. The results are published in The Astrophysical Journal

The General Theory of Relativity is one of the basic pillars of modern physics. One of the bases which support Einstein`s theory is the Principle of Equivalence. Using this principle one can infer that light which escapes from a region with a strong gravitational field loses energy as it travels, so that its wavelength shifts to the red. This phenomenon is known as the gravitational redshift, and measuring it gives a fundamental test of gravitation.

Although astrophysics offers a wide variety of physical conditions where this reshift should be measurable, until quite recently observational evidence for this was limited to the light emitted by the Sun, white dwarfs, and quasars. Now a new study led by researchers at the Instituto de Astrofísica de Canarias (IAC) and the University of La Laguna (ULL) have managed tgo measure the gravitational redshift for several thousand stars on the main sequence (where most stars spend 90% of their lifetimes) and in giant stars, all of them in around one hundred open star clusters.

The study stems from the idea of using astrophysical observations to test the validity of physical laws, extending the tests in space and time on cosmic scales and in situations outside the scope of laboratories, such as gravitational fields orders of magnitude stronger than those on Earth. “The aim of our work has been to measure the effect of the gravity of the stars on the light we receive, and to see whether the results of our measurements are in agreement with the predictions of theory, and in particular with the Principle of Equivalence” explains the IAC/ULL researcher Carlos M. Guitérrez, who is the first author of the article.

The researchers have studied stars which belong to open star clusters in the Milky Way, and which therefore share the same motions, and have measured the differences in the energies of the photons received, depending on the type of stars from which they were emitted. “This effect is  bigger the greater the mass of the star, but small the greater its radius” points out Gutiérrez so that the photons emitted hy stars similar to the Sun lose two parts in a million of their energies, while stars in the giant phase, with much larger radii, show a much smaller comparative effect.

To carry out this study the authors have taken a large sample of stars from the catalogue of 7 million stars provided by ESA’s  Gaia mission, selecting around 100 open clusters with 8,000 stars distributed around the whole of the Galaxy. For IAC and ULL researcher Nataliya Ramos Chernenko, co-author of the article, “This study entails an important advance, because there have been very few previous studies of “normal” stars, apart from the Sun. It is also one of the first studies based on stars which are not degenerate, that is to say which are not in their final phases of existance, and which includes dwarfs and giants in open clusters”.

As well as obtaining one of the most general confirmations of a basic physical concept, the study has also shown that estimates of the masses and radii of stars based on theoretical models are correct. “Testing the predictions of General Relativity allows us to rule out other theories of gravity which have been proposed as alternatives to explain the domination of dark matter and dark energy in the universe, as well as to verify systems for positioning and navigation such as GPS; which would not work if Einstein’s theory were not taken into account” concludes Gutiérrez. 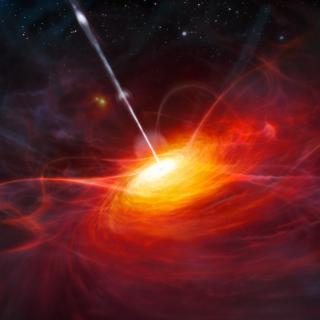 According to Einstein’s theory of general relativity gravity affects light as well as matter. One consequence of this theory, based on the Principle of Equivalence, is that the light which escapes from a region with a strong gravitational field loses energy on its way, so that it becomes redder, a phenomenon known as the gravitational redshift. Quantifying this gives a fundamental test of Einstein’s theory of gravitation. Until now this test had been performed only on bodies in the nearby universe, but thanks to the use of a new experimental procedure scientists at the Instituto de 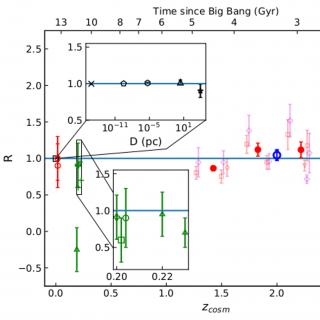 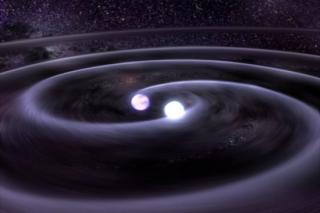