The Japanese ambassador to Spain, Kenji Kiramatsu, yesterday visited the Instituto de Astrofísica de Canarias (IAC) and the Canary Island Observatories, together with Masahiro Aoki, secretary to the Embassy, Yoshihiro Miwa, the consul of Japan in Las Palmas de Gran Canaria, and Josep Piqué Camps, President of the Council of the Spain Japan Foundation.

Yesterday, they were received by Rafael Rebolo López, the Director of the IAC and Jesús Burgos, administrator of the General Services of the IAC at its headquarters in La Laguna. After a short visit, the delegation went up to the Teide Observatory (OT), where they were shown the telescopes and the main experiments with Japanese participation: the Carlos Sánchez Telescope, where there is the MUSCAT2 instrument developed by the Astrobiology Centre of the University of Tokyo in collaboration with the IAC, the GroundBIRD experiment, a radiotelescope made in Japan and installed in Tenerife to detect the Cosmic Microwave Background Radiation, and the QUIJOTE experiment, also dedicated to studying the Cosmic Microwave Background and to other processes of Galactic and extragalactic emission.

Afterwards they went on to Santa Cruz de la Palma, and visited the Roque de los Muchachos Observatory in the municipality of Garafía. There they were shown the Gran Telescopio Canarias (GTC) by its Director, Romano Corradi, and the LST1 (Large Size Telescope 1) together with Professor Masahiro Teshima, its Director, and various representatives of the University of Tokyo. The LST1 is the prototype telescope of large size built by the LST consortium in which Japan is participating, together with Spain and Germany and which belongs to the Cherenkov Telescope Array (CTA).

The ambassador’s visit concluded this morning with a meeting with the President of the Cabildo of La Palma, Mariano Hernández Zapata, and the mayor of Santa Cruz de La Palma, Juan José Cabrera Guelmes. At the press conference, Hernández Zapata pointed out that the possible installation of the TMT (Thirty Metre Telescope) is a “vital theme and of great importance for the Island and for the astronomical development of the Roque de los Muchachos”. Following this, Kenji Hiramatsu said that he was very impressed with the studies and the facilities of the Canary Island Observatories: “I will talk to the Government of Japan, and also to the experts, to see what kind of collaboration can be carried out in the future,” Josep Piqué picked out the possible contribution of the Japanese to the TMT project “We are talking about science but also about the future. We are talking about substantial advances in what is a technological revolution”, and he added “I think that we are faced with a magnificent opportunity, I really believe that La Palma deserves it”. 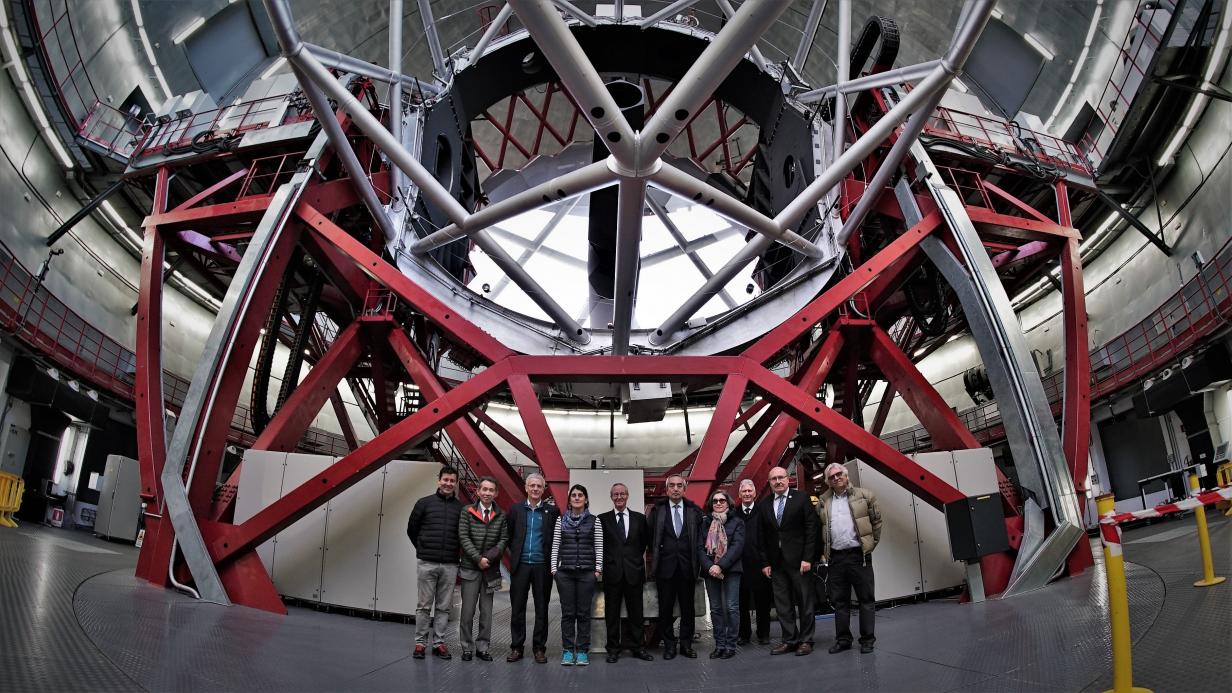